1 of 5
German Chancellor Olaf Scholz answers questions about mandatory vaccination from a lawmaker during a session of the Parliament Bundestag in Berlin, Germany, Wednesday, Jan. 12, 2022. (AP Photo/Markus Schreiber) 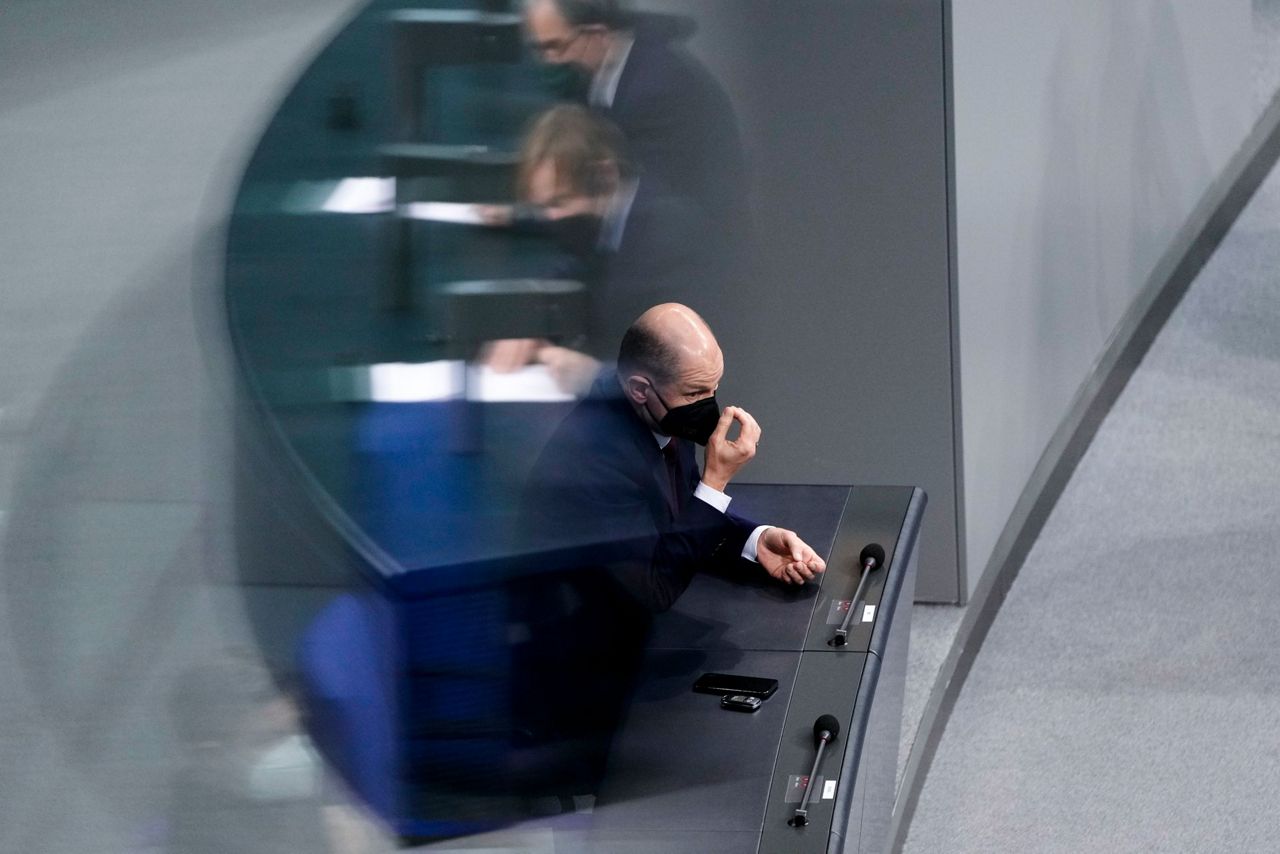 2 of 5
German Chancellor Olaf Scholz adjusts his face mask as he listens to speeches during a session of the Parliament Bundestag in Berlin, Germany, Wednesday, Jan. 12, 2022. (AP Photo/Markus Schreiber) 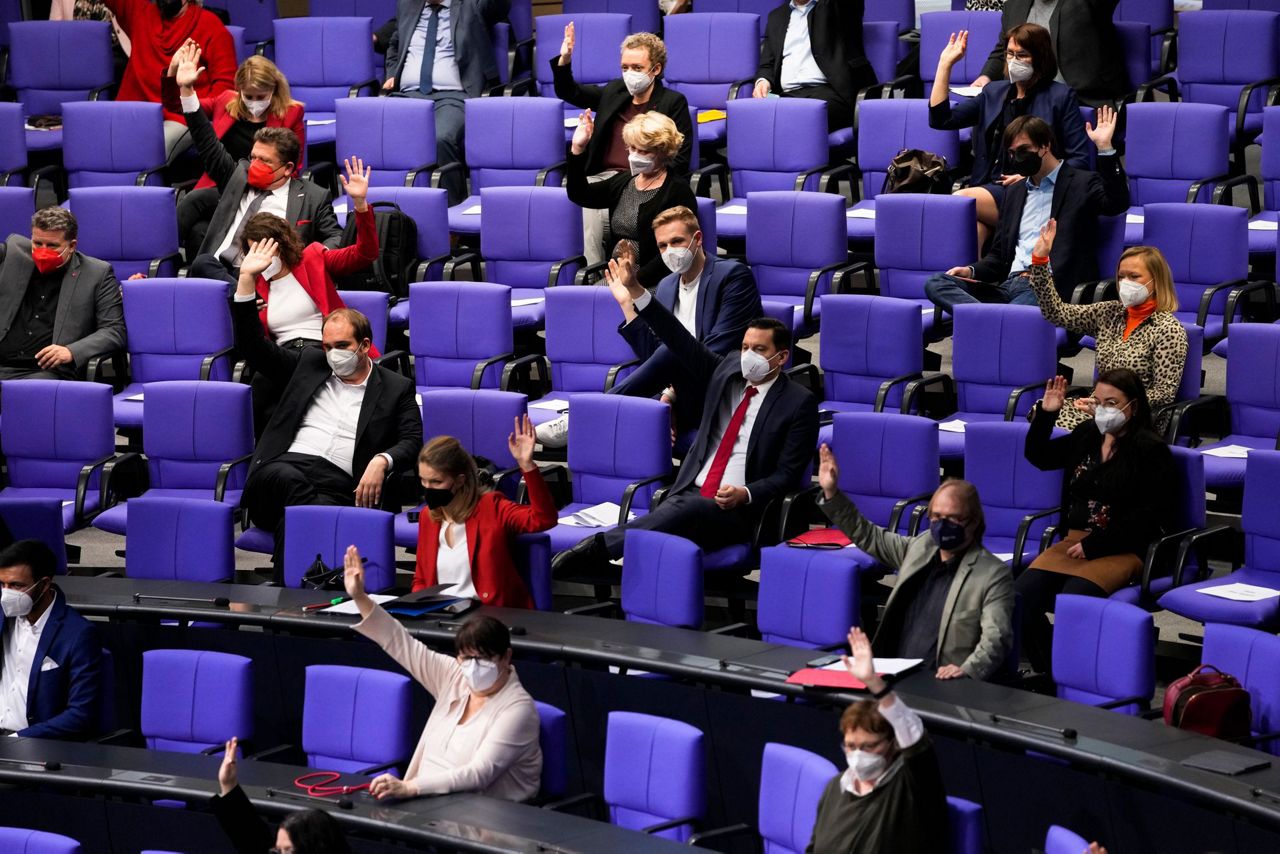 3 of 5
Lawmakers vote the tightening of the rules in the parliament building to combat the coronavirus during a session of the Parliament Bundestag in Berlin, Germany, Wednesday, Jan. 12, 2022. (AP Photo/Markus Schreiber) 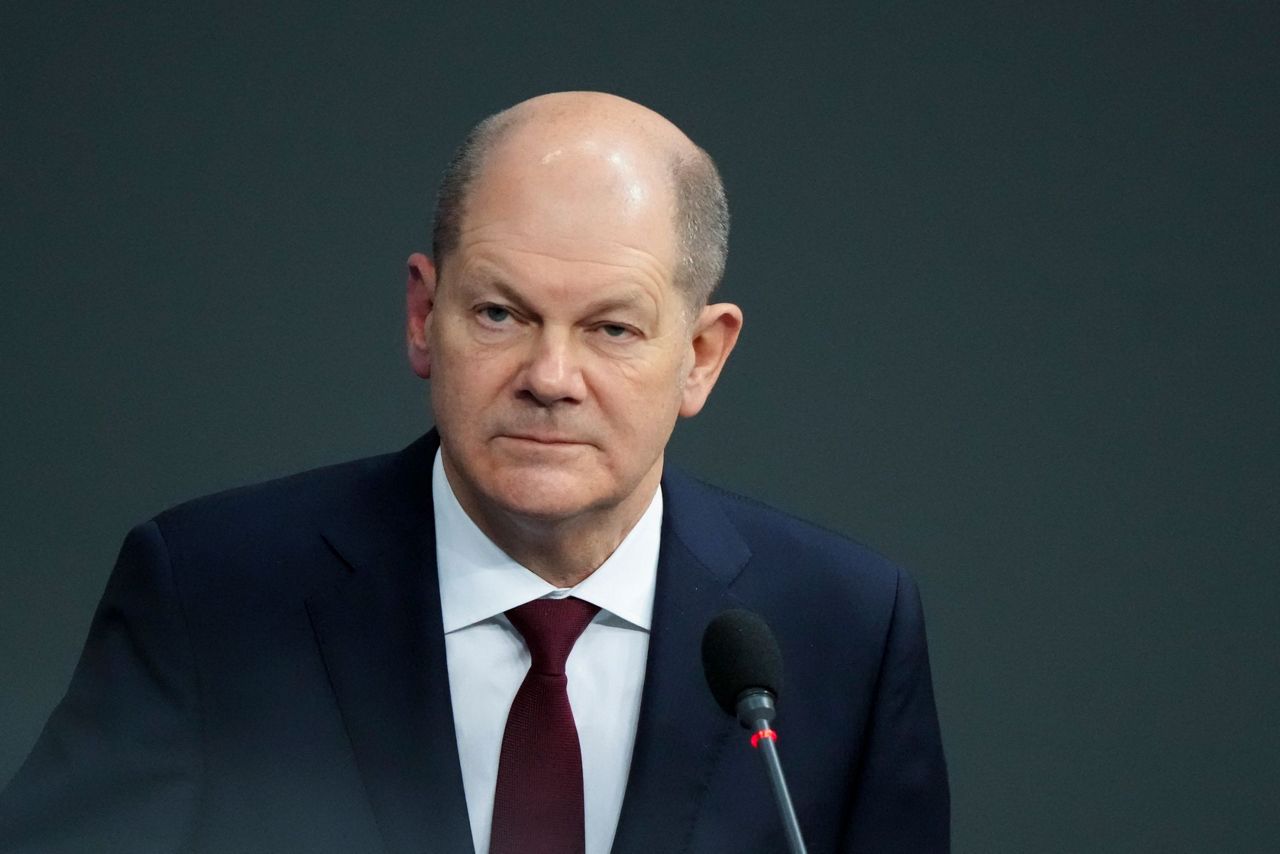 4 of 5
German Chancellor Olaf Scholz answers questions about mandatory vaccination from a lawmaker of the Alternative for Germany, AfD, party during a session of the Parliament Bundestag in Berlin, Germany, Wednesday, Jan. 12, 2022. (AP Photo/Markus Schreiber) 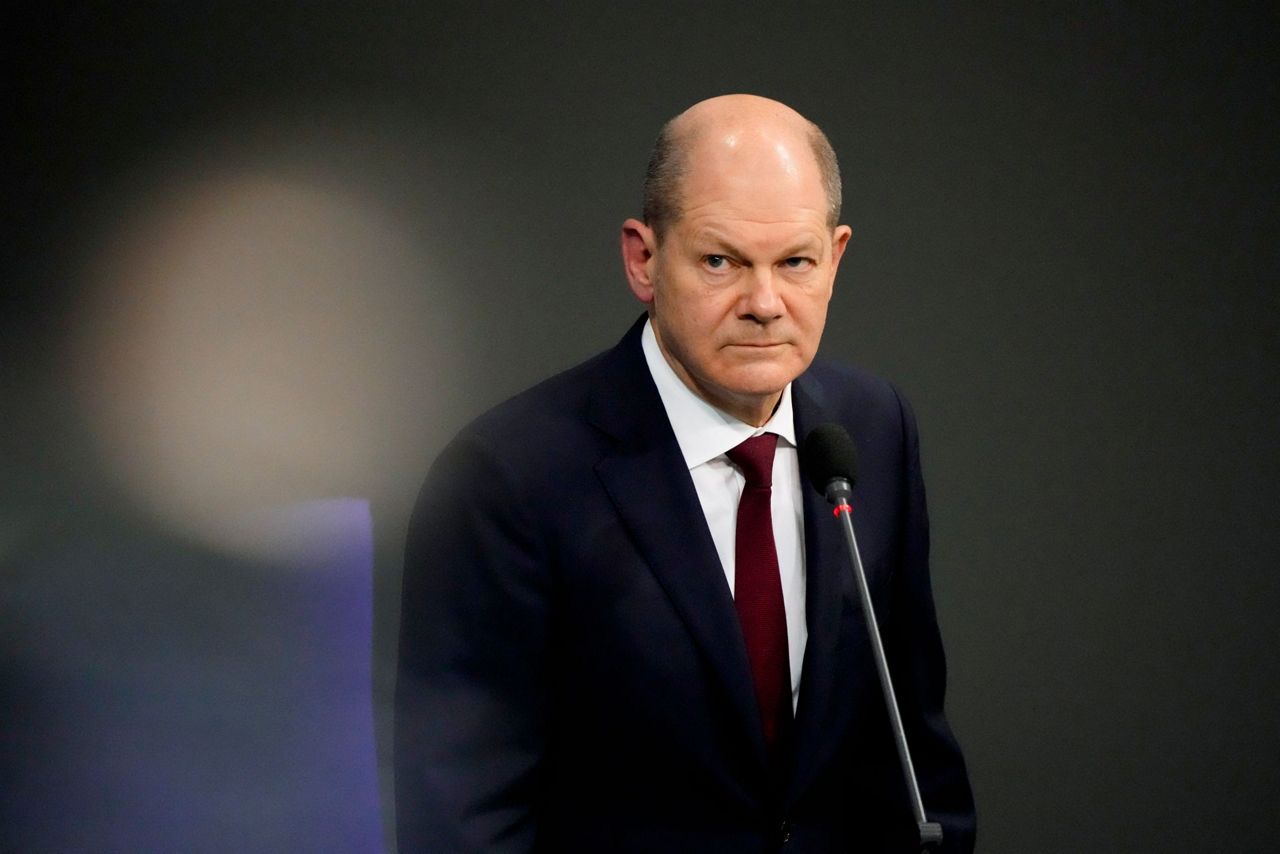 5 of 5
German Chancellor Olaf Scholz answers questions about mandatory vaccination from a lawmaker of the Alternative for Germany, AfD, party during a session of the Parliament Bundestag in Berlin, Germany, Wednesday, Jan. 12, 2022. (AP Photo/Markus Schreiber)

BERLIN (AP) — Germany's president called Wednesday for a thorough debate over plans for compulsory coronavirus vaccinations for all adults in the country, saying such a drastic measure needs to be fully justified.

Chancellor Olaf Scholz has backed calls for a vaccine mandate and lawmakers are expected to begin debating a bill later this month. Polls show a majority of people in Germany back compulsory vaccination against COVID-19, but a vocal minority opposes the idea.

“I, for one, consider it necessary and will actively campaign for it,” Scholz told lawmakers in parliament in Berlin, adding that not getting vaccinated was not a personal decision since it has consequences for the entire society.

"There’s no decision you make just for yourself, and that’s why mandatory vaccination is also important,” he added.

At a roundtable debate with citizens on the issue, however, German President Frank-Walter Steinmeier said “the exceptional situation of a pandemic increases the pressure for the state to act, but it doesn't replace the requirement to weigh up arguments and balance interests."

“A vaccine mandate means a debate mandate,” he added.

Steinmeier, whose role is largely ceremonial, said he wouldn't take sides in the debate but urged those involved to have “respect for other positions, but also respect for facts and reason, that must be and remain our common currency.”

He dismissed as “complete nonsense claims that the coronavirus pandemic has turned Germany into a dictatorship.”

“Among friends, at work, in schools, in daycare centers, in clinics and nursing homes, in city halls, health offices and parliaments, people everywhere are trying to figure out together what needs to be done” to fight the pandemic, Steinmeier said. “And that’s exactly what this democratic struggle is about.”

Among the people debating was a nurse from Cologne and the head of a nursing home in Berlin, who both stressed how essential it is to be vaccinated so that especially the most vulnerable of society — those who are ill and old — can be protected from the virus.

A professor for health communication pointed out that a lot of the people who refuse to get vaccinated are simply afraid of the vaccines. Cornelia Betsch criticized authorities for initially missing many opportunities to better explain how safe and important the vaccines are.

“Many people are simply afraid of getting vaccinated and a mandate can create counter feelings,” she said, encouraging efforts to reach out to talk to those who are hesitant about vaccinations.

Around 72.2% of Germans are considered fully vaccinated, while at least 44.2 % have received an additional booster shot.

Among those who oppose a vaccine mandate are some members of the Free Democrats, who are part of Germany's ruling coalition, and Germany’s former health minister, who pledged last summer not to introduce a general vaccine mandate. Political leaders have agreed to let lawmakers vote according to their own conscience on the issue.

The looming mandate has been a rallying point for vocal anti-vaccine activists. Some recent demonstrations have turned violent in Germany, with protesters attacking police officers after being ordered to disperse.

In neighboring Austria, the authorities on Wednesday ramped up the pressure on unvaccinated people by increasing spot controls in popular public places and shops. On Tuesday, police in Vienna alone checked people's’ vaccination status 5,100 times and made sure people were wearing masks outside if social distancing could not be observed.