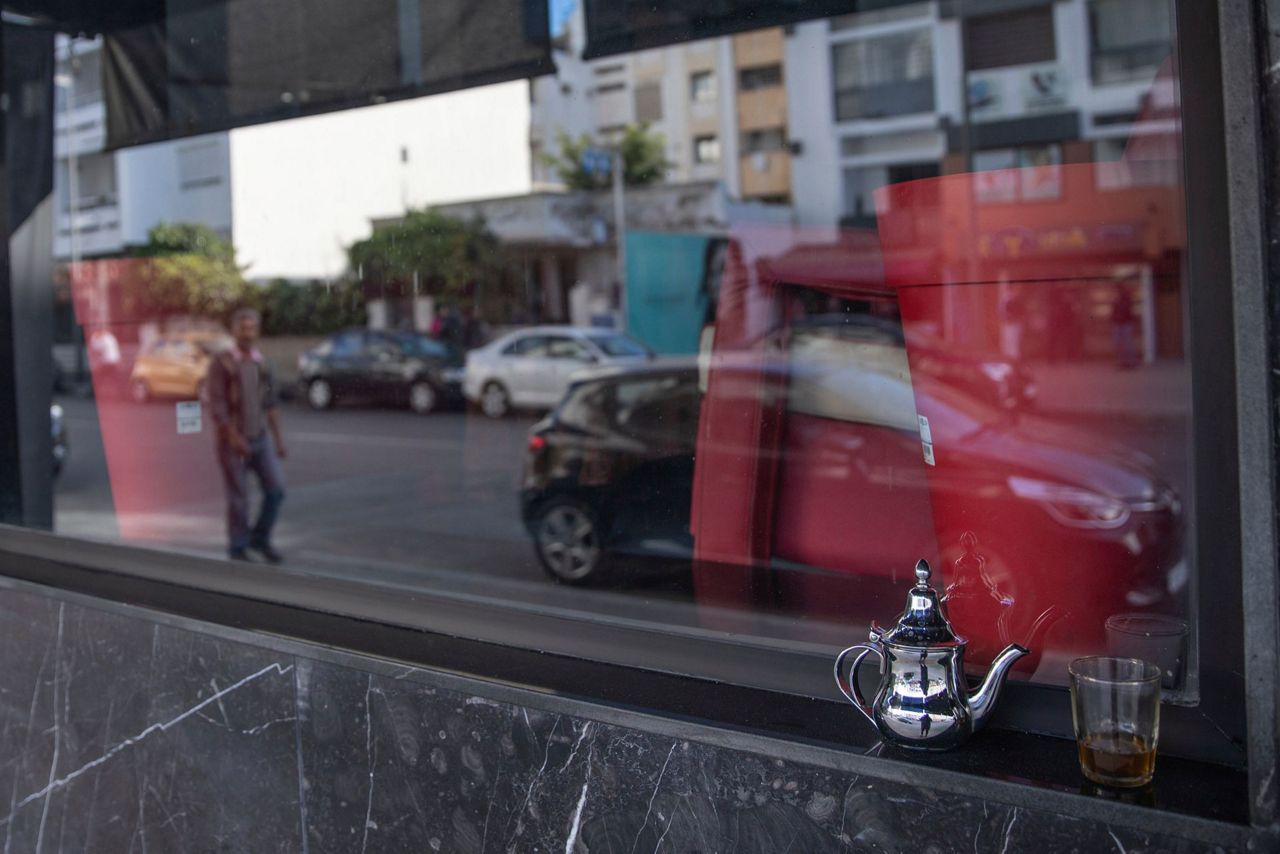 FILE - In this Monday, March 16, 2020 file photo, a glass of Moroccan tea is left by a window of a closed down coffee shop, after the Moroccan government announced further restrictions to avoid the spread of coronavirus, including closure of cafes and mosques, in the capital Rabat, Morocco. Morocco has imposed a curfew, closed restaurants in major cities and banned public and private gatherings for three weeks — including the usually festive New Year's Eve — to curb the spread of the virus.The curfew between 9 p.m and 6 a.m went into effect Wednesday, Dec. 23, 2020 and is set to last until Jan. 13. (AP Photo/Mosa'ab Elshamy, File)

RABAT, Morocco (AP) — Morocco announced it has acquired 65 million doses of COVID-19 vaccines from China’s Sinopharm and Britain’s AstraZeneca, as the north African kingdom prepares to launch a COVID-19 vaccination program that aims to immunize 80% of the country’s adult population.

Health Minister Khalid Ait Taleb announced the figure at a Cabinet meeting Thursday. The government didn't indicate whether the vaccines were purchased or provided by Covax, the global project to provide vaccines to developing countries, or a combination of both.

His ministry said Friday that Morocco has not yet received the vaccines.

Mustapha Ennaji Moulay, head of the virology department at the Hassan II University in Casablanca and a member of the government's COVID-19 scientific committee, said that regulators are reviewing the Sinopharm vaccine's documentation, and that the vaccination program is expected to begin in the coming days.

Morocco has one of the most advanced vaccination plans in the region. The country has also reported the second-highest number of virus infections and deaths in Africa, after South Africa.

The Moroccan health minister said the government's target is vaccinating 25 million of the country's 36 million people, all free of charge, according to orders from King Mohammed VI.

While the Moroccan government has been promising vaccinations since earlier this month, the minister said preparations have now reached a “very advanced” stage. He said authorities were carrying out simulations at all the immunization sites “to avoid any obstacles that may arise during the implementation of the vaccination program.”

In a first phase, the vaccine will be administered to medical personnel, public authorities, security services, education workers and people suffering from chronic diseases. The Ministry of Health said it has deployed a computerized system to register the target population and track their health status after they receive the vaccine.

Morocco has said it will start its vaccination program with the Sinopharm vaccine, though it hasn't yet completed advanced trials to prove that it's safe and effective. The vaccine, which was tested on 600 Moroccans as part of clinical trials this autumn, has been approved for emergency use in a few countries and the company is still conducting late-stage clinical trials in multiple countries.

The AstraZeneca vaccine is still in advanced trials in countries including Britain and the U.S. and hasn’t been approved yet.

Morocco’s daily virus case count has fallen slightly in the last two weeks, but a dip in testing is raising concerns that the virus could be spreading faster than reported.

As a preventive measure to curb the spread of the virus during New Year’s celebrations, authorities banned public and private gatherings, closed restaurants in the country's main cities, and imposed a curfew that went into effect Wednesday night and is set to last for three weeks.