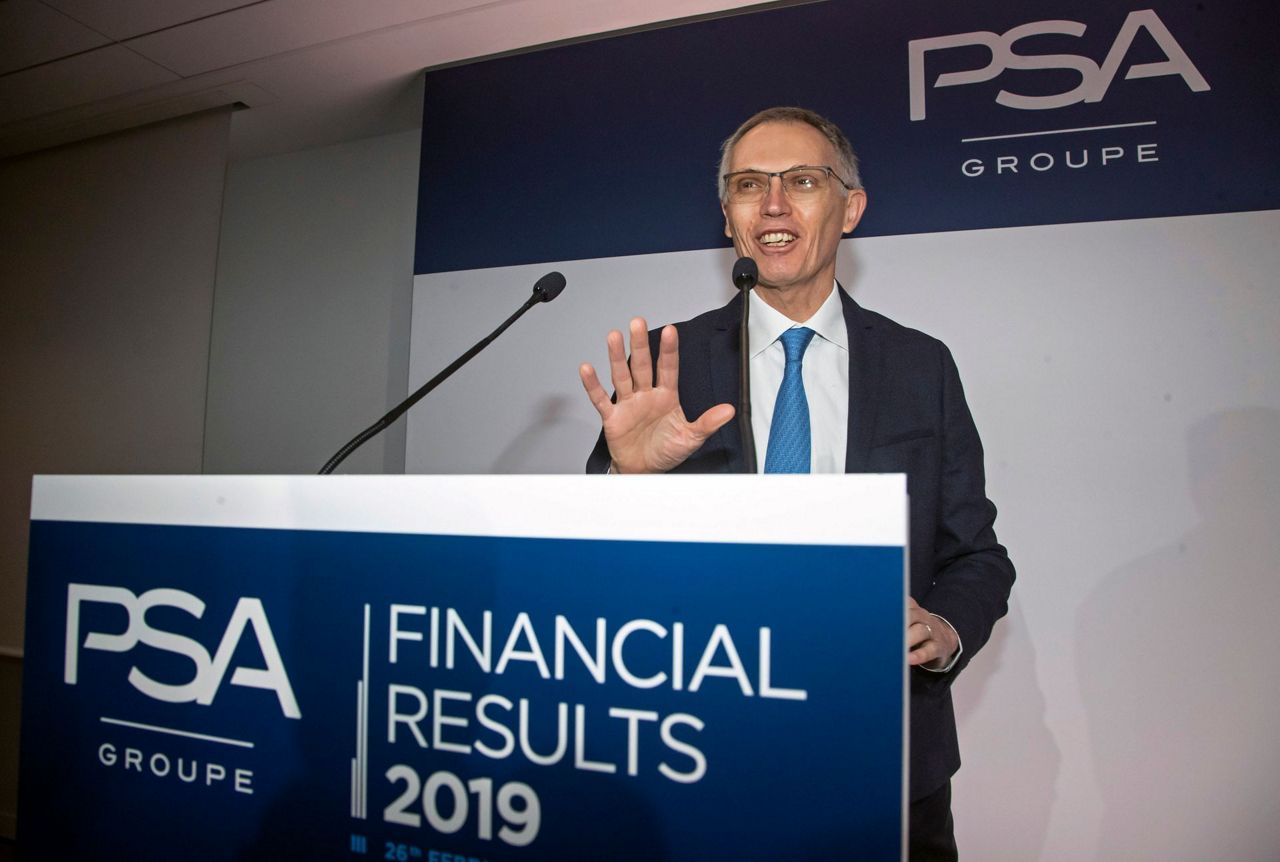 1 of 3
FILE - In this Wednesday, Feb. 26, 2020 file photo, CEO of PSA Groupe Carlos Tavares arrives for the presentation of the company's 2019 full year results in Rueil-Malmaison, west of Paris. Fiat Chrysler Shareholders of Fiat Chrysler and France's PSA Group are meeting Monday, Jan. 4, 2021 to vote on a merger that will create the world's fourth-largest automaker. The new company called Stellantis will be run by PSA CEO Carlos Tavares, who is known for cutting vehicles or ventures that don't make money.(AP Photo/Michel Euler, File) 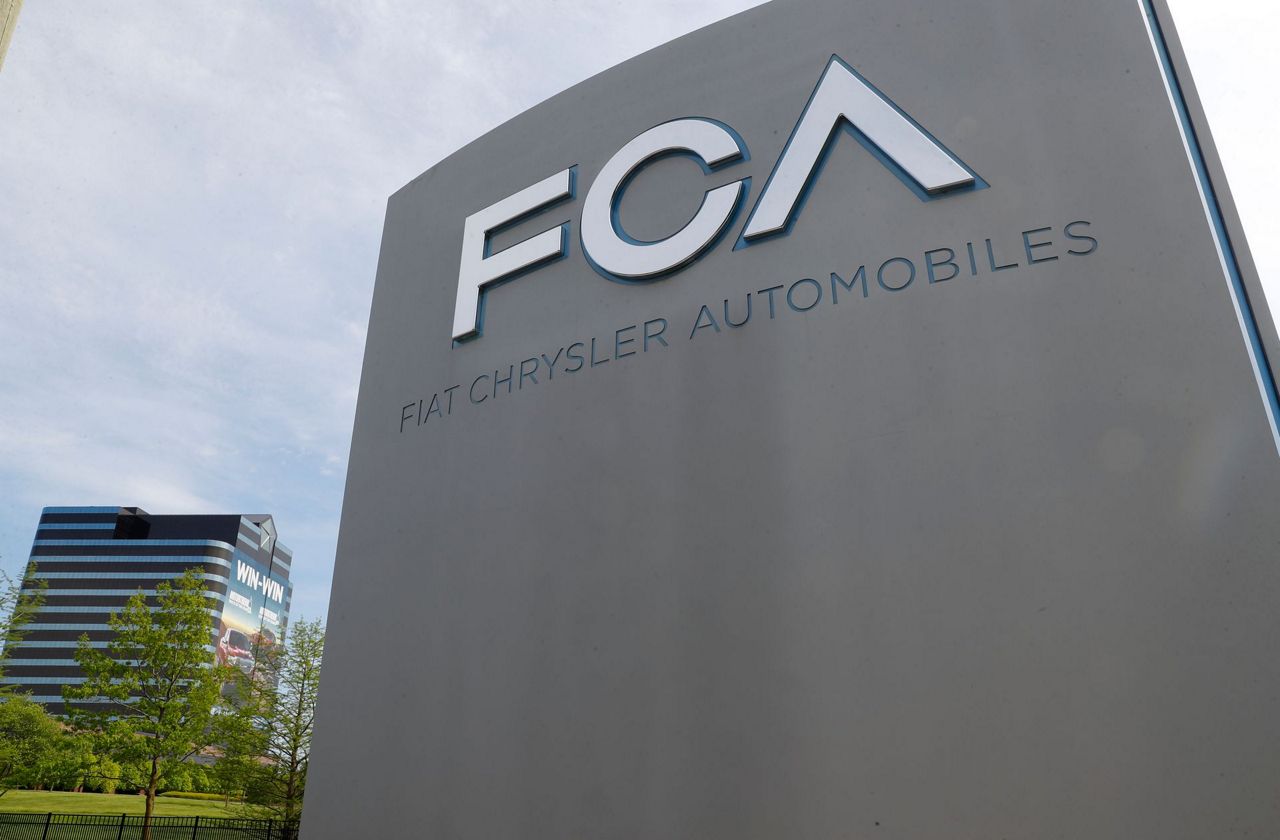 2 of 3
FILE - In this May 27, 2019, file photo, the Fiat Chrysler Automobiles world headquarters is shown in Auburn Hills, Mich. Shareholders of Fiat Chrysler and France's PSA Group are meeting Monday, Jan. 4, 2021 to vote on a merger that will create the world's fourth-largest automaker. The new company called Stellantis will be run by PSA CEO Carlos Tavares, who is known for cutting vehicles or ventures that don't make money. (AP Photo/Paul Sancya, File) 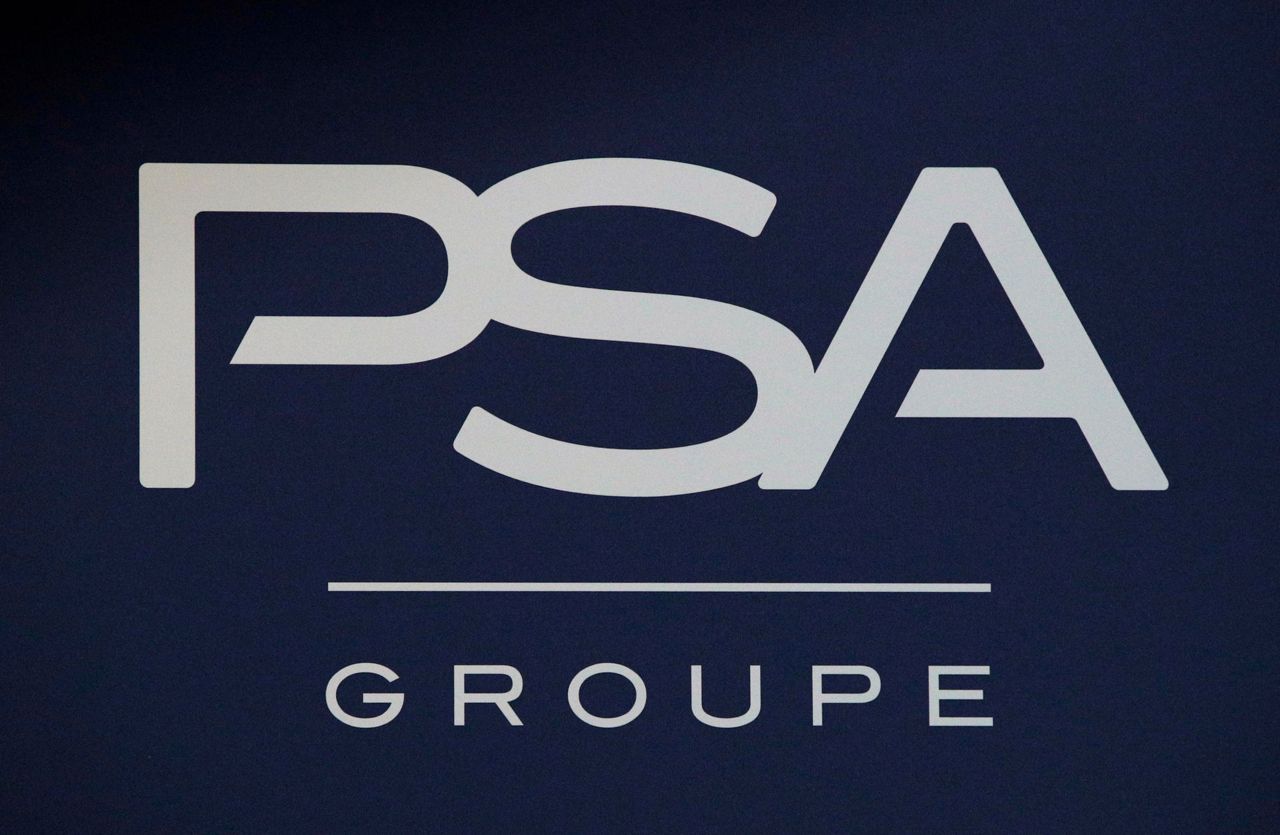 3 of 3
FILE - In this Thursday, Feb. 23, 2017, file photo, the logo of PSA Group is pictured in Paris. Italian-American carmaker Fiat Chrysler Shareholders of Fiat Chrysler and France's PSA Group are meeting Monday, Jan. 4, 2021 to vote on a merger that will create the world's fourth-largest automaker. The new company called Stellantis will be run by PSA CEO Carlos Tavares, who is known for cutting vehicles or ventures that don't make money. (AP Photo/Christophe Ena, File)

MILAN (AP) — While running Nissan’s North American operations from 2009 to 2011, Carlos Tavares had a reputation for closely watching costs with little tolerance for vehicles or ventures that didn’t make money.

Experts say that means Tavares, currently the head of PSA Group, is likely to follow that blueprint when he becomes leader of a merged PSA and Fiat Chrysler Automobiles. The low-performing Chrysler brand might get the axe as could slow-selling cars, SUVs or trucks that lack potential.

Already the companies are talking about consolidating vehicle platforms — the underpinnings and powertrains — to save billions in engineering and manufacturing costs. That could mean job losses in Italy, Germany and Michigan as PSA Peugeot technology is integrated into North American and Italian vehicles.

“You can’t be cost efficient if you keep the entire scale of both companies,” said Karl Brauer, executive analyst for the iSeeCars.com auto website. “We’ve seen this show before, and we’re going to see it again where they economize these platforms across continents, across multiple markets.”

Shareholders of both companies are to meet Monday to vote on the merger to form the world’s fourth-largest automaker, to be called Stellantis. The deal received EU regulatory approval just before Christmas.

Tavares, who for years has wanted to sell PSA vehicles in the U.S., won’t take full control of the merged companies until the end of January at the earliest.

He likely will target Europe for consolidation first, because that’s where Fiat vehicles overlap extensively with PSA’s, said IHS Markit Principal Auto Analyst Stephanie Brinley. Europe has been a money-loser for FCA, and factories in Italy are operating way below capacity — a concern for unions, given Fiat’s role as the largest private sector employer in the country.

“We are at a crossroads,’’ said Michele De Palma of the FIOM CGIL metalworkers’ union. “Either there is a relaunch, or there is a slow agonizing closure of industry, in particular the auto industry, in Italy.”

Italy’s hopes lie with the luxury Maserati and sporty Alfa Romeo brands, but De Palma said investments are needed to bring hybrid and electric technology up to speed. Fiat’s Italian capacity stands at 1.5 million vehicles, but only a few hundred thousand are being produced each year. Most factories were on rolling short-term layoffs due to lack of demand, even before the pandemic.

The merger is likely to also hit white collar workers, as Tavares is unlikely to keep engineering centers in Paris, Turin and Rodelsheim, Germany, where the Opel brand he acquired in 2017 is located, according to analysts.

FCA’s North American operations, led by the popular Jeep brand and Ram pickup, are hugely profitable and likely will be left untouched for a while, Brinley said. Tavares just three years ago stated his desire to sell PSA vehicles in the U.S. within a decade. He said any global automaker has to sell in the U.S. market.

In December the companies announced that Fiat Chrysler CEO Mike Manley would run Stellantis’ operations in the Americas.

Larger Jeep and Ram trucks and SUVs are unique to the U.S. and generally don’t sell well in Europe, so Brinley expects those to be designed by Fiat Chrysler in Auburn Hills, Michigan, north of Detroit. Eventually some cars and some smaller SUVs, though, will move to PSA underpinnings, she said.

PSA has a wider array of fuel-efficient smaller engines, and Fiat Chrysler will need those to meet government fuel mileage and pollution requirements worldwide. The PSA Group’s goal is to offer its all models with electrified powertrains by 2025, an area where Fiat Chrysler also has lagged.

Analysts say the Chrysler brand could be in jeopardy in the U.S., where it has only two models, the aging 300 sedan and the Pacifica minivan. U.S. sales of the brand were off 19% through October.

The two companies have yet to announce any decisions on brands. Fiat Chrysler, in a statement from Michigan, said one of Stellantis' greatest strengths is its historic brands, including 10 from FCA, adding that there are no plans to close any plants. But PSA said in a statement from Paris that it hasn't announced any plans for the brands. “We will communicate in due on this matter, as the EGA (shareholders' vote) is not the closing date, neither the announcement of a strategic plan,” the statement said.

Brauer said U.S. consumers aren’t likely to see Peugeot vehicles, though. Instead, smaller vehicles will be built on French or German underpinnings with bodies and interiors designed in Michigan.

While the tie-up is billed as a merger, the advantage goes to PSA, which will control 6 of the 11 board seats with Tavares the tie-breaker.

Fiat Chrysler’s brands range from powerhouse Jeep to the performance Abarth marquee and the historic Italian brand Lancia, which currently produces just one model, the Ypsilon, targeting female drivers. “I don’t expect cutting brands that still make volumes, even if they are focused on very specific market segments, like Lancia,” said Francesco Zirpoli, director for the Center for Automotive and Mobility at Venice’s Ca’ Foscari University. But Stellantis will have too many factories in Europe making similar vehicles. “These overlaps have to be resolved,” he said.

Stellantis also will face a major challenge in Asia, in particular China, where both PSA and FCA are weak.

“The big market of the future is Asia. Asia will dominate the car business,’’ said Ferdinand Dudenhoeffer, of the Center for Automotive Research in Germany. Already it is 45% of global sales. “They merge, OK. They find synergies, OK. They reduce headcount, OK. But they are missing the most important point in the car business."