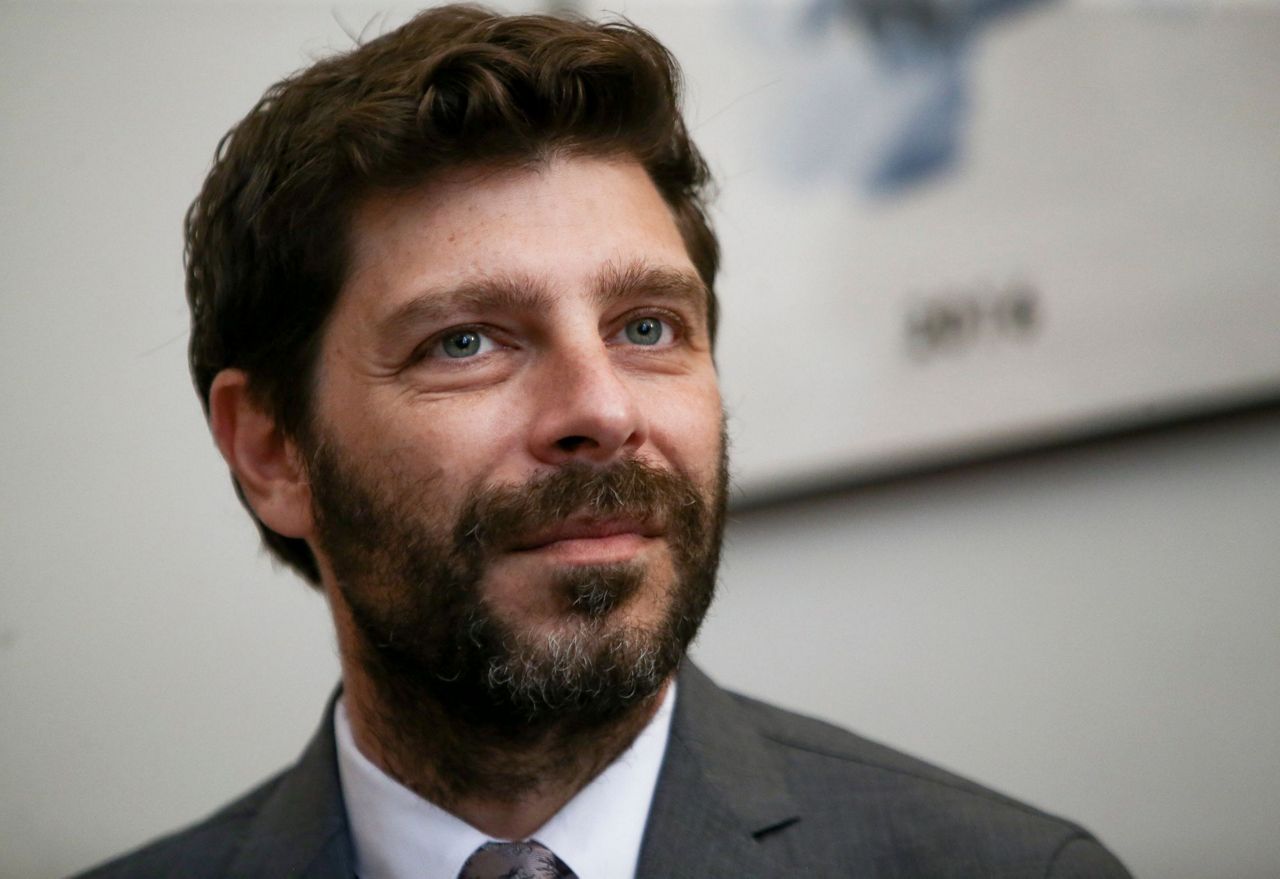 FILE - In this Monday, Sept. 2019, file photo Nicholas Yatromanolakis general secretary of culture attends a ceremony in Athens. The center-right government in Greece has named the country's first openly gay minister in a cabinet reshuffle on Monday, Jan. 4, 2021. Yatromanolakis, 44, was named as the new deputy minister of culture after being promoted from the position of general secretary at the ministry. (Panayotis Tzamaros/In Time News via AP, File)

Nicholas Yatromanolakis, 44, was named as the new deputy minister of culture after being promoted from the position of general secretary at the ministry.

The government retained its ministers of health and finance and most other key positions in the reshuffle.

Greece is reeling from the impact of the pandemic that caused a spike in deaths in the autumn and is expected to have caused a 10.5% contraction of its gross domestic product in 2020.