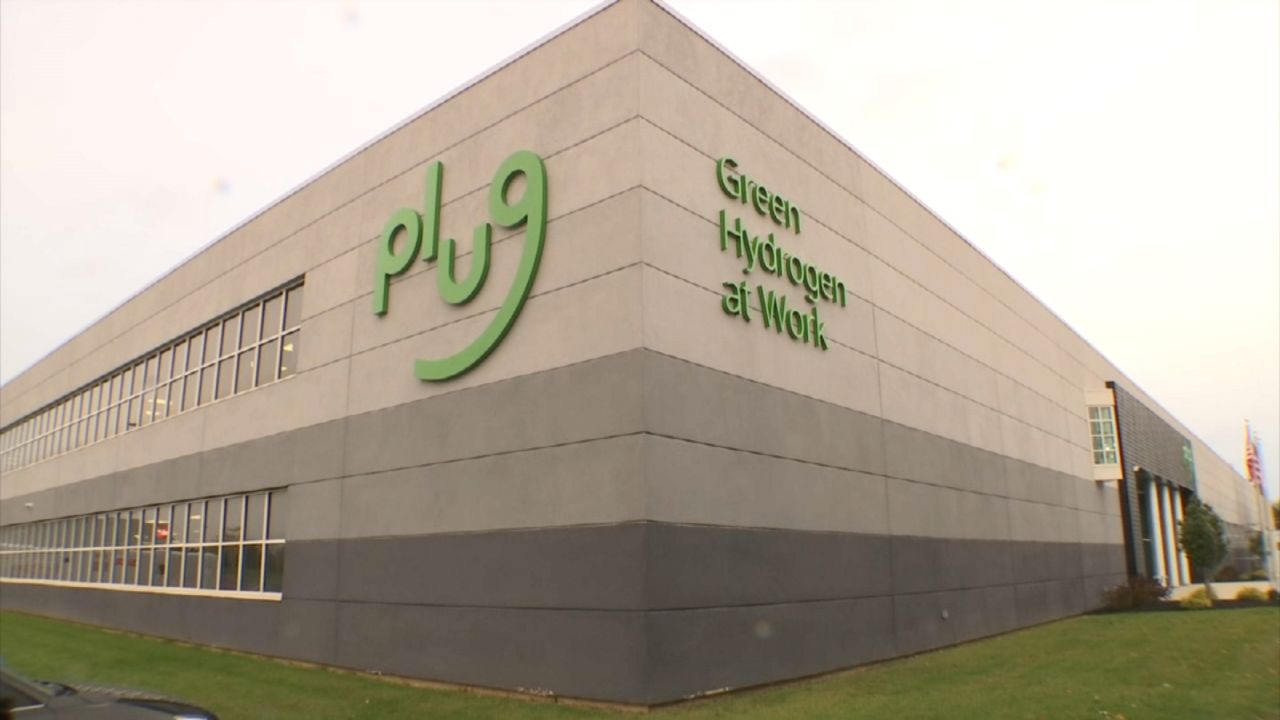 HENRIETTA, N.Y. — Net Zero by 2050. It’s a term used often by politicians, businesses and utilities. But what does it mean?

The goal of reducing the amount of greenhouse gas produced is one that an Albany-based company with a big new facility in Rochester takes seriously.

Andy Marsh is excited about the future, largely based on his company’s past track record in green energy. He says Plug Power essentially created the hydrogen economy.

“I’m actually not overstating that,” said Marsh, CEO of Plug Power. “We’ve been doing this for 25 years.”

A total of 275 people work at Plug’s Rochester-area plant, making key components in hydrogen fuel cell systems — a more environmentally friendly replacement for conventional batteries in everything from vans to forklifts. A market discovered a decade ago which boasts some high-profile clients, including Amazon, Walmart and Home Depot.

It's a market bosses here say is on the upswing.

“This facility is incredibly unique,” said Marsh. “There’s nothing else like it in the world.”

“This is a really great time to be in the hydrogen fuel cell business, a market that has really taken off,” said Daniel O’Connell, general manager of Plug’s Henrietta gigafactory. “The demand for our products is really high. In fact, we've probably sold almost everything I can make at this factory for the next two years, so as fast as we can make it we can we can sell it.“

Plug is based in Latham, near Albany. Plug’s Henrietta gigafactory just hosted the company’s annual symposium. Plug is expanding its business, though stocks have dropped and the company recently lowered its production and revenue forecasts for 2022.

“I think the biggest challenge is the availability of renewable energy,” said Marsh. “We need to build more and more in the United States.”

Some experts believe that by 2050, 20% of the world’s energy will come from hydrogen. Plug Power recently announced a joint project with Olin Corp. to build a large-scale hydrogen plant in Louisiana. Plug plans to grow its Rochester workforce to 400. The future, here, is green.