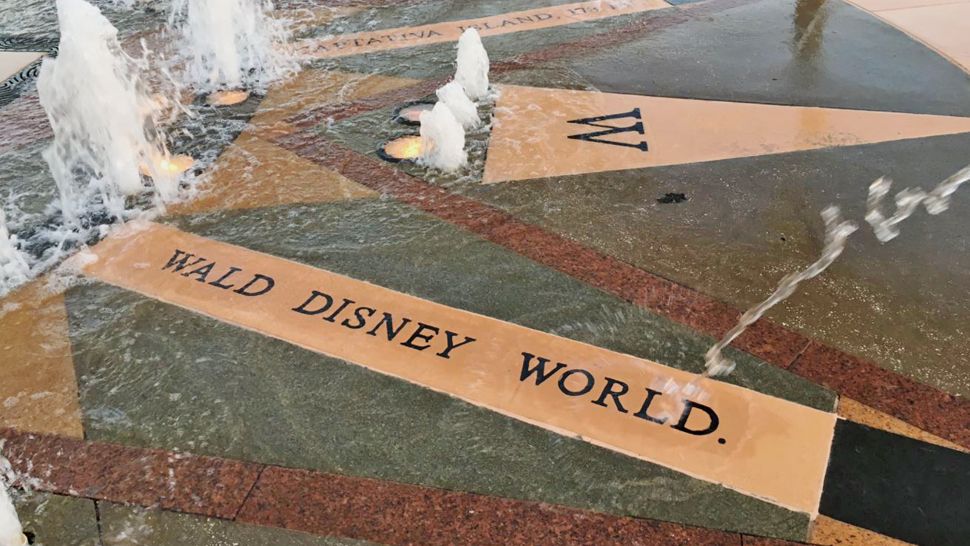 CELEBRATION, Fla. — Celebration is the town that Walt Disney World built — or should we say "Wald" Disney World?

Some upgrades to the downtown's popular fountain are getting a few second looks after crews made not one, but two spelling faux pas.

The most noticeable misspelling was Walt Disney World — using a "d" instead of a "t" in Walt.

Is “Wald Disney World” a thing or have I and the entire planet somehow missed a major typo in @CelebrationTH for a decade+ ?!@AshleyLCarter1 @ChristieZizo @audreahuff @AnthonyLeone pic.twitter.com/DgxApHp45z

That wasn't the only thing crews misspelled. They added an extra "T" and "A" in what is supposed to be Captiva Island. And the directions were also wrong, with St. Petersburg to the East and New York City to the South.

Spectrum News first noticed the mistakes on Friday night, and on Sunday, we found the fountain closed with a sign that declares that work to fix the mistakes will soon take place.

Still waiting to hear from @CelebrationTH to see how this happened. pic.twitter.com/wwQPeAKWd7

"As many of you know, the Celebration CDD hired a contractor to refurbish the fountain in downtown Celebration. The fountain contains guide markers to various locations and attractions, one of which is Walt Disney World. Unfortunately, "Walt" was misspelled and will have to be replaced. The contractor has taken full responsibility for making the correction. Some of the other guide markers also need to be realigned to point in the correct direction, and that will also be done by the contractor."

Celebration CDD officials added that they hope work to the fountain will be completed in the next couple of weeks.