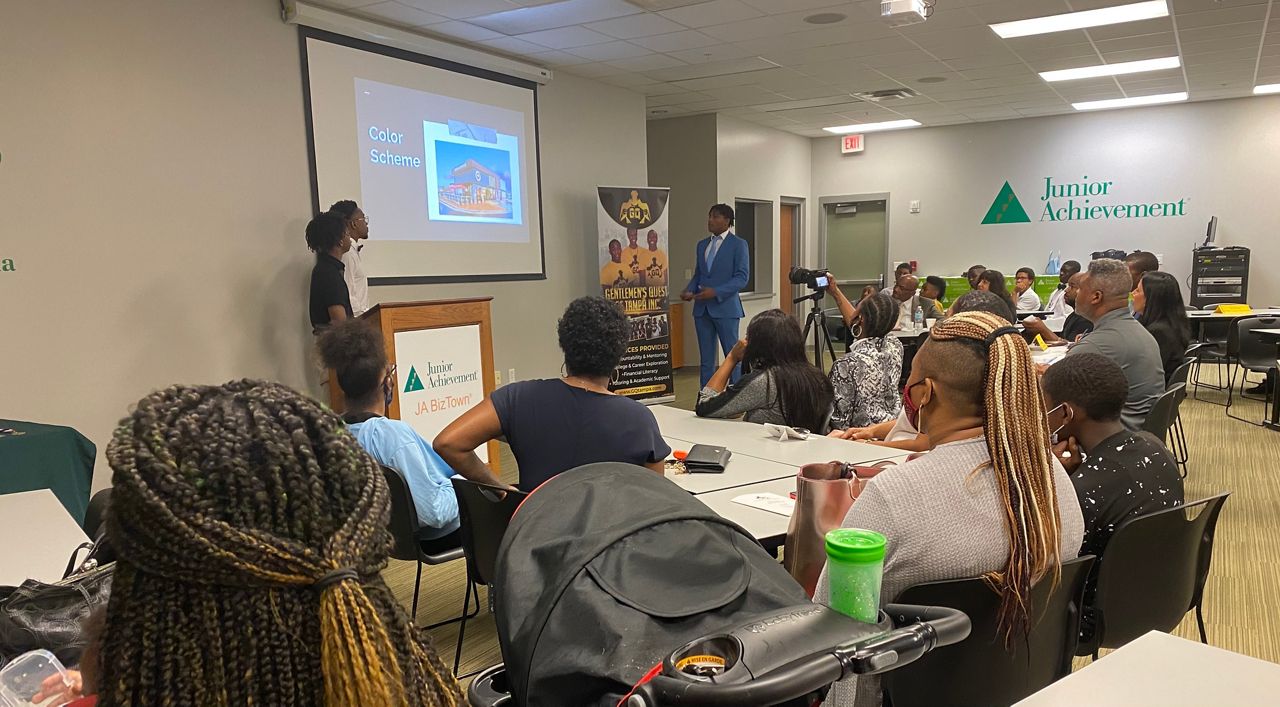 Students show their building designs at a STEM Camp in Tampa.

A group of high school students in Hillsborough County are using their time at a STEM Camp this summer to build a community of the future.

The camp is designed to help underprivileged teens gain experience that can help them with a post-secondary education.

During the camp they learned about coding, making presentations, architecture, blueprint design and industrial planning.

As a final project, the teens were split into groups and given the task of desiging a home or business using a 40-foot container.

They made diagrams and pictures and designed 3D models that they presented using PowerPoint.

Miles Jones, 17, led his team in showcasing their design for a coffee shop they called the Coconut Cafe.

"It took a lot of math. It took a lot of Google skills. I had to look up a lot of dimensions and make the model actually representative of what it would be like in the real world," Jones said.

"I learned interior design and taking into account real life situations and real possibilities like the weather and where it's located," said Ethan Eugege, 15.

Students were encouraged to make the projects their own.

A panel of judges evaluated the presentations.

Jones and his team came in 1st place.

He said they think the cafe could become a reality one day.

"Absolutely I think it could be a real business because we've put a loyt of effort into making it realistic," he said.

Jones hopes to use the skills he learned during the camp to get a degree in Engineering.