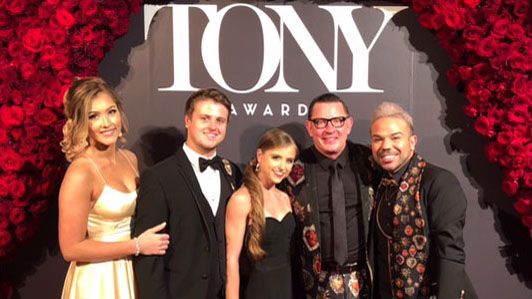 1 of 2
Dr. Jeffrey Grove (second from right) and his family at the Tony Awards. The musical he worked on, "Once on This Island", was nominated for eight awards and won Best Revival of a Musical. 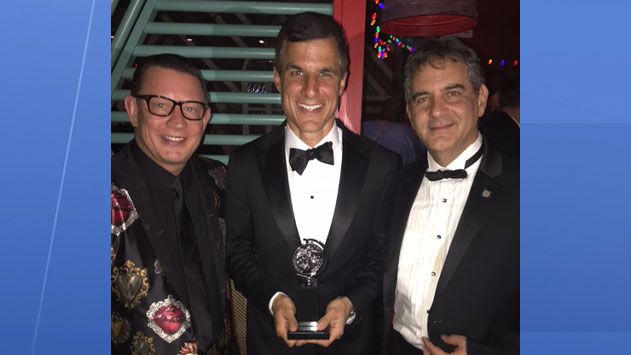 2 of 2
Dr. Jeffrey Grove (left) stands with fellow producers with their Tony Award for Best Revival of a Musical.

LARGO, Fla.-- A Largo Doctor has been on cloud nine after winning big at last week’s Tony Awards.

Among the countless awards and diplomas hanging proudly in Dr. Jeffrey Grove’s Largo office, the third generation physician is about to add another piece of hardware that will surely stand out.

"I love what I do. Coming to work every day helping people is a very special thing," Grove said.

Grove just added "Tony Award winning producer" to his resume. His work on the musical "Once on This Island" was nominated for eight Tony Awards and won for "Best Revival of a Musical."

"There's a little orphan by the name of Ti Moune and there's four gods that guide her on a journey where she finds her true love," Grove said, explaining the show's storyline.

Grove said he knew the story was special the second he saw it.

"When I saw this for that first reading in New York City, it made me cry," Grove said.

Though they may seem like polar opposites, Grove said both of his careers intertwine because both the medical field and theater can heal.

As he gets back to work in the Bay area at Suncoast Family Medical Associates, Grove said he's still waiting for that “pinch me” moment to wear off. He never expected to reach this level of success.

"I'd say 'You're crazy. Me? Involved in Broadway? Get a Tony Award? You're crazy!' But it is about following your dreams and things that you enjoy. I've always enjoyed theater," Grove said.