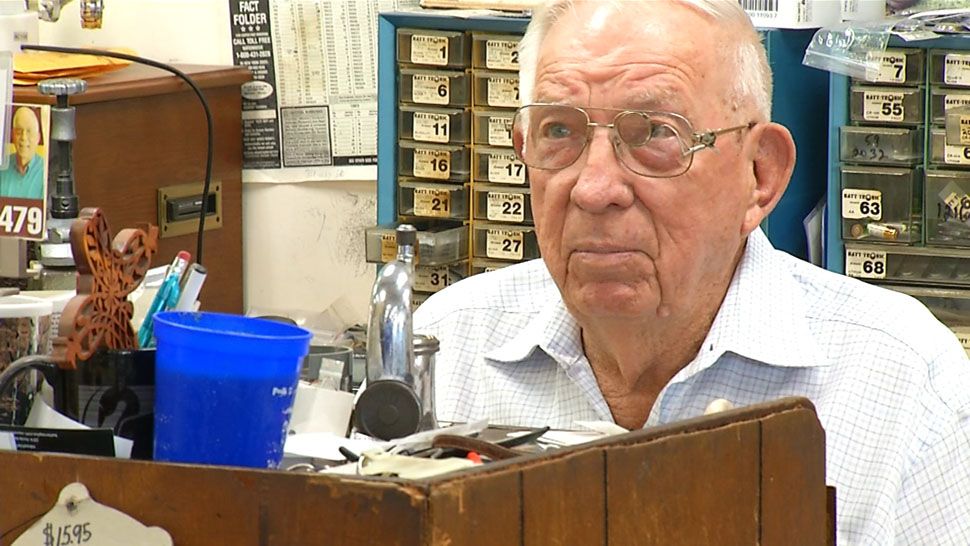 LAKELAND, Florida — Lakeland’s Clyde Foshee is celebrating 65 years in business with his watch and jewelry store.

“I really, I really love what I’m doing,” he said about his business.

Foshee got started in the watch repair business as a 19 year-old and never looked back. He loves the miniature, fine engineering found in watches.

“But when I got into it, it was so intriguing, I guess that’s the way you would say it," he explained. "I really got into it and I’ve been into it for a while.”

His business will celebrate its 65th anniversary on October 20.

Clyde’s wife Juanita spent decades at his side running the business. She passed away a couple of years ago.

His sister Barbara has literally sat next to him for about 50 years helping to run the books of the business.

“Yeah, we’ve been pretty compatible," Foshee said of his sister. "We haven’t had too many words in that period of time.”

Foshee’s son Chris and daughter Pam grew up at the business, as well. Both have spent almost their entire adult lives working there.

“I started working before they could even see me over the counters," said Pam, who spends much of her time repairing jewelry. "I would say, 'May I help you?' and they were looking for somebody about eye level.”

“Where have the years gone?" she continued. "I mean, it seems like I was just a kid yesterday starting in this business. I blink my eye and here we are, you know.”

Chris is the shop’s clock repair specialist. He loves working on the clocks.

But even more, he loves being around his father.

“He’s my number one person to be a dad," Chris explains. "There’s no one else I could pick as special as him to be a dad."

Foshee has the same feelings about being around his children, grandchildren and even great-grandchildren who have worked at the business.