Log In
Law enforcement officials have identified the suspect as Cesar Sayoc Jr., 56, of Aventura, Florida.
PLAY VIDEO
LOG IN 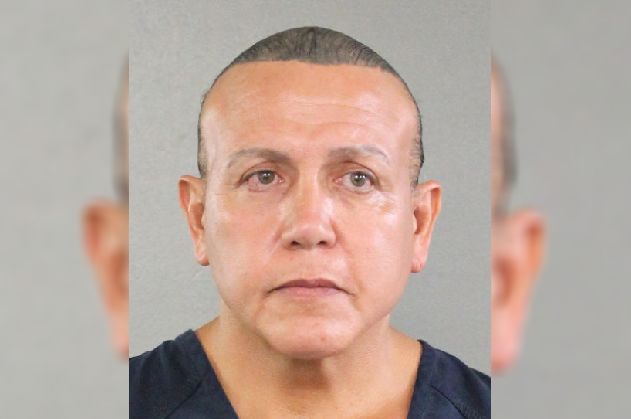 1 of 2
Law enforcement officials have identified the suspect as Cesar Sayoc Jr., 56, of Aventura, Florida. 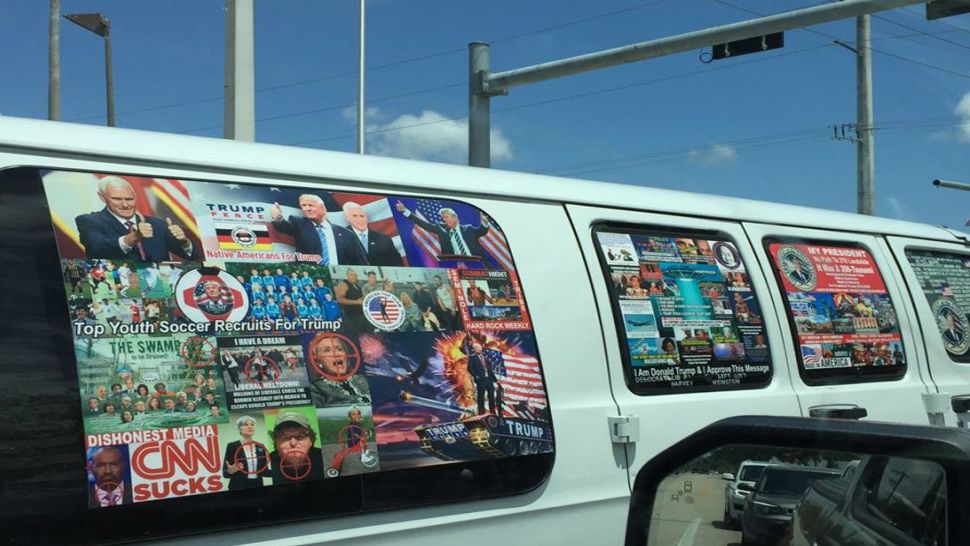 The FBI says DNA evidence and a fingerprint on the pipe bomb packages led them to Sayoc in Aventura, Florida.

Sayoc is facing five federal charges and five decades in prison.  The charges include interstate transportation of an explosive, illegal mailing of explosives, threats against a former president and other people, making threatening interstate communications, and assaulting current or former officers.

Law enforcement officials said Sayoc has a long criminal record, however, the Aventura Police Department say the only contact they had with him was traffic violations.

"The only interactions the aventura police department has had with Mr. Sayoc have been minor traffic stops. We've had no interactions that would have led us to believe that Mr. Sayoc was responsible for these terrible incidents," police said.

Sayoc showed little interest in politics until Donald Trump came along, according to authorities.

Florida voter records show Sayoc first registered in March 2016 as a Republican and cast a ballot in that November's presidential election.  He has been an active Trump supporter, tweeting and posting Facebook videos that appear to show him at the president's rallies.

Authorities also said that Sayoc had a history of financial problems and an extensive arrest record, including a stint on probation for making a bomb threat.  His attorney in that 2002 case, Ronald Lowy, described Sayoc as "a confused man who had trouble controlling his emotions."

Sayoc's cousin, Lenny Altieri, described him as a lunatic and a loner.

On an online resume, Sayoc described himself as a booker and promoter for burlesque shows.  He recently worked at the Ultra Gentlemen's Club in West Palm Beach.  The general manager, Stacy Saccal, said Sayoc had worked there for about two months, first as a floor bouncer and for the past month as a disc jockey — most recently on Thursday night, hours before his arrest Friday morning.

"I didn't know this guy was mad crazy like this," she said Friday. "Never once did he speak politics. This is a bar. We don't talk politics or religion in a bar, you know?"

Friday afternoon, authorities said more devices may still be in transit, and they need people to remain vigilant and report  any information to authorities.

"We can confirm that 13 IEDs were sent to various individuals," FBI Director Christopher Wray said Friday afternoon. "Each device consisted of roughly 6 inches of PVC pipe, a small clock, a battery, some wiring" & "energetic material" that is potentially explosive.​"

Florida Gov. Rick Scott released a statement on Twitter regarding the investigation:

I have been briefed by FDLE on developments regarding the attempted bombings. ANY attempt to harm others is disgusting & has no place in Florida or our country. I appreciate the hard work of law enforcement to bring swift justice to whoever is responsible for these cowardly acts.

"Our top priority is ensuring our campaign, our volunteers, and our public events are safe, and we have taken strong security precautions. We have no evidence that any of our offices have been targeted, but we are in close contact with the authorities as this situation develops.

"It is fortunate that the evil intent of the bomber has not been realized. I call on all political leaders to cease the dangerous rhetoric of hatred and division that is poisoning our society. I believe that what is decent and what is right in our society will triumph and that hate will never win. Together, we must fight fiercely for a more decent and a more respectful state for all of us."

President Trump called Sayoc's actions a terrorist act at rally in Charlotte on Friday night.  He also called on all Americans to unite in peace and said the media has a role to play in the tone of political discourse.

"We must show the world that we are united together in peace and love and harmony as fellow American citizens," Trump said.

.@POTUS called for unity among the citizens of our country "to show the world how truly great we are." https://t.co/rrB9LWueja pic.twitter.com/YDfQU0DVSl

Sayoc is at the Federal Detention Center in downtown Miami where he is being held until he faces a judge Monday.