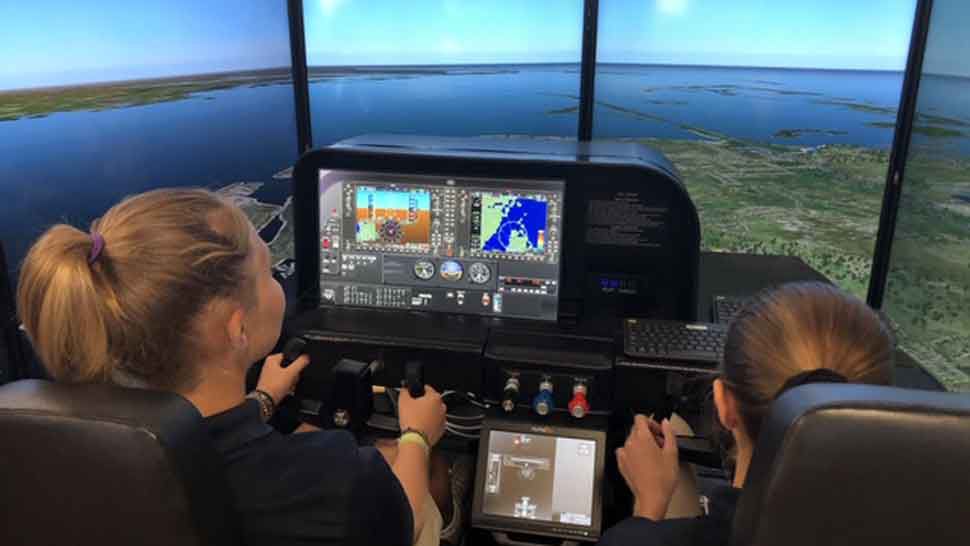 Admiral Farragut Academy students getting some time on a flight simulator before they go up on real flights with an instructor. (Trevor Pettiford/Spectrum Bay News 9)

ST. PETERSBURG, Fla. — Sixth and seventh graders at Admiral Farragut Academy in St. Pete may not be old enough to learn how to drive yet, but they are, believe it or not, learning to fly.

It's all happening thanks to a grant from American Airlines. The school is one of 17 in the U.S. giving grade school students opportunities for hands-on training on how to fly a plane.

“They’re all doing a really great job”, said academy aviation director Robert Ewing, “and if they don’t become pilots, at least they get a chance to do something pretty cool.”

After some training in the classroom on a flight simulator, the first group of grade schoolers was transported to Albert Whitted Airport where, once in the air, Ewing would let each of them take over the controls.

“It was amazing!” said seventh grader Sophia Raymner. “We could see the whole St. Pete and everything up there,”

“At first I was nervous,” Alevoc said, “and I thought it was going to be like the simulator, but it was actually a lot easier than I thought.”

Admiral Farragut Academy expects to have more than 50 of their youngest students take advantage of the training over the next three weeks.