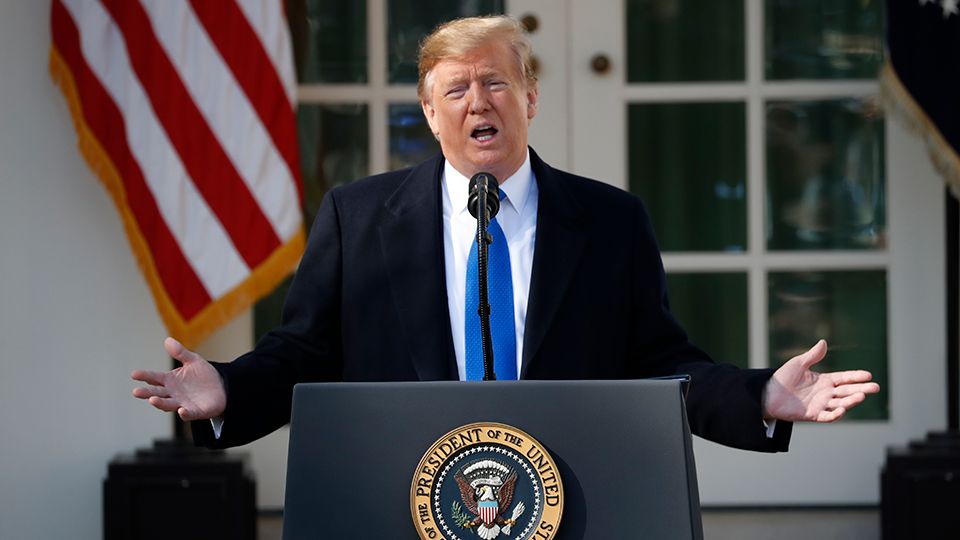 WASHINGTON -- The Democratic-controlled House of Representatives approved a resolution overturning the President’s emergency declaration for the border wall on Tuesday. The vote was 245 to 182.

The vote in the House tested Republicans’ willingness to defend the President, since several have publicly expressed their disapproval with his choices of invoking this executive authority, citing Constitutional concerns. Now a major test looms in the U.S. Senate.

“It shouldn’t matter if it’s a Democrat or a Republican in the White House,” said Rep. Stephanie Murphy (D) Florida 7th District in an interview with Spectrum News.

Murphy said the emergency declaration is an infringement on Congress’ power of the purse, which is why she supported the resolution.

The majority of Republicans in the Florida delegation voted along party lines in an effort to secure the border. The one Republican in the state delegation that voted with Democrats to block the President’s national emergency declaration was Rep. Francis Rooney, who represents the 19th District.

“It’s definitely a humanitarian crisis. It’s an issue for me,” Spano said in an interview with Spectrum News. “I certainly think the President has the ability to do this under law, we have 31 existing ongoing emergencies that have been declared by prior presidents. Both conservative and liberal presidents.”

Before the President declared the national emergency, there appeared to be overwhelming opposition, with lawmakers in his own party calling the declaration an unconstitutional use of executive power.

While some Republicans are standing with the President, they admit they don’t like the way this all has been executed.

“I don’t like that the President has had to do this. I think Congress should have gotten the job done,” said Rep. Michael Waltz (R-Florida), who voted against the resolutions

“Many previous Congresses have not. Many previous administrations have not. We still have this problem on the border, and I don’t think it has to be a surprise to anyone that President is going to do whatever he feels he needs to do to secure the border,” Waltz explained.

Now, all eyes will turn to the Senate, where Majority Leader Mitch McConnell has yet to fully figure out where his caucus stands on the resolution. Several Republican senators have already announced they will support the proposal.

“I don’t think anybody knows exactly how this is going to go in the Senate. That’s what’s really up in the air,” Waltz said.

The Senate will not consider the measure to overturn the emergency declaration until at least next month at the earliest. If four Republicans join all Democrats in the Senate to pass it, the resolution would then face a presidential veto.

Congress would then need an overwhelming majority in both chambers to overrule the president.