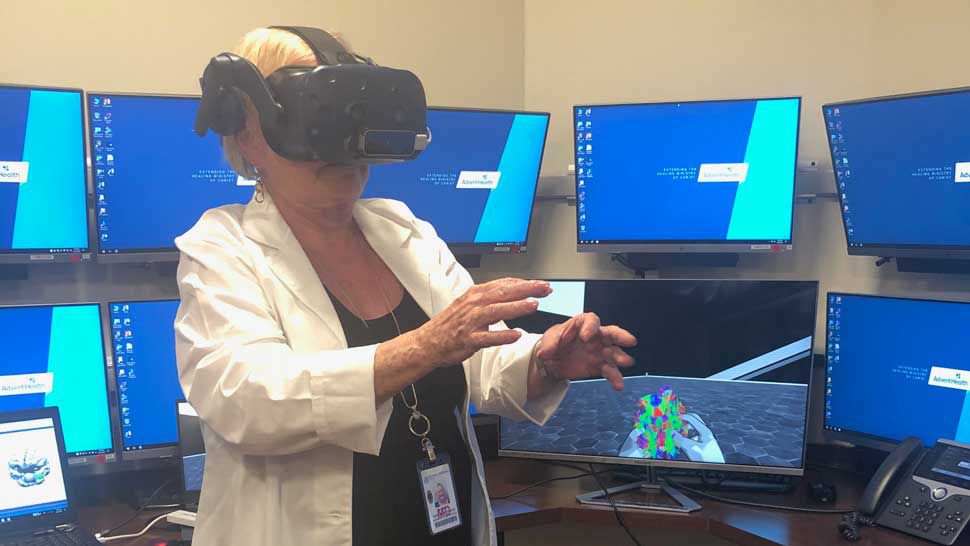 Doctors at AdventHealth Tampa are getting a glimpse of new virtual reality tools that they'll soon use to treat patients with conditions characterized by seizures, such as epilepsy.

“When I first saw the virtual reality, they called me over and said 'look at this!'" said Dr. Nancy Rodgers-Neame, Medical Director for Epilepsy at AdventHealth Tampa. "I was like, 'wow this is amazing.'"

Rodgers-Neame said AdventHealth is the only hospital contracted to use this particular technology.

“It will certainly be a game-changer for my patients, who will be able to see what’s going on," Rodgers-Neame explained. "The more they learn about their brains, they are more likely to be accepting of treatments for their neurological diseases, so in the long run it will save lives, definitely.”

The hospital plans to start using the technology next year.