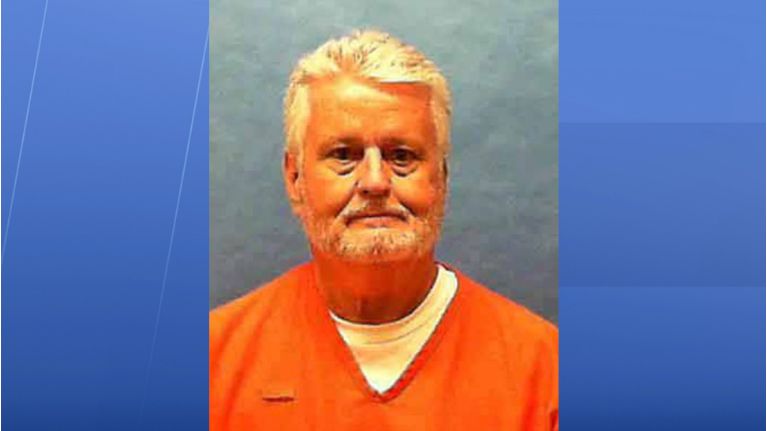 Bobby Joe Long is scheduled to be executed on Thursday at 6 p.m. at Florida State Prison. (Department of Corrections)

6:10 p.m. update — The scheduled execution of Bobby Joe Long has been delayed temporarily while the U.S. Supreme Court considers his final appeals.

Long was set to receive a lethal injection at 6 p.m. Thursday at Florida State Prison, but the justices had not yet ruled in his case. Barring a reprieve, the execution would take place later Thursday.

STARKE, Fla. — The man convicted of killing at least 10 women in the Bay area in the mid 1980s is scheduled to be put to death on Thursday.

He is facing execution as a result of a murderous spree that claimed 10 women’s lives and terrorized Florida’s Tampa Bay area in 1984.

According to authorities, Long went on a violent rage against women that also included dozens of rapes. The spree earned him 28 life sentences and the death penalty for one of the killings, that of 22-year-old Michelle Simms.

The execution would be the first under Gov. Ron DeSantis, who took office in January.

Most were strangled, some had their throats slit, and others were bludgeoned. He positioned most victims in a gruesome way.

One of his victims, Lisa McVey Noland, survived and went on to become a Hillsborough County Sheriff's Master Deputy.

Noland said Long kidnapped and raped her when she was 17 years old.

She said he has haunted her life for years.

"Ever since then, it's just been a nightmare of 'Is he coming after me?' or "'Are the doors locked in my house?'" she revealed.

Noland said part of the reason she went into law enforcement is because of the experiences she had as a child and teenager. She said she plans to attend the execution.

Meanwhile, Catholic churches across the state are speaking out against putting Long to death.