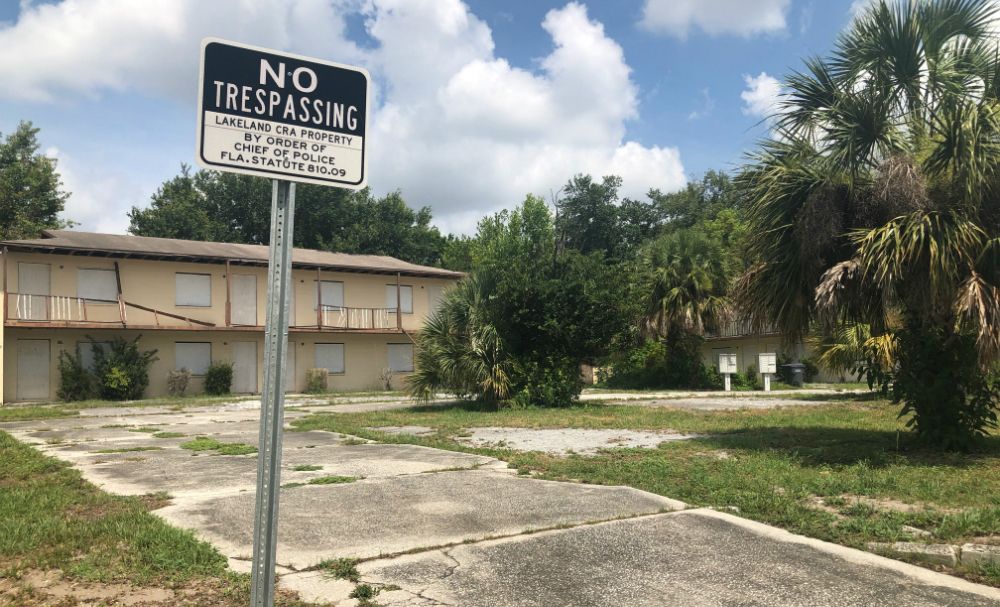 LAKELAND, Fla. — There's a new option for affordable housing in Lakeland thanks to a recent donation to a homeless aid organization.

Lakeland commissioners voted June 3 to donate a vacant 16-unit apartment complex, located at 912 and 920 N. Vermont Avenue, to Talbot House Ministries of Lakeland, a nonprofit which house a homeless shelter and serves the homeless community.

The donation is a relief for the King family living next door. They said the previous landlord just stopped caring for the property.

"We had transients just going in and out of there and that wasn't good because it just looked bad," said Charles King. "I think the changes should be good. Plan to be good anyway. It's got to be a lot better than it just sitting there, said Charles King.

The city took control of the property in March 2018 after numerous code violations including illegal dumping and the homeless camping out on the property.

"There's no electrical in it. There are no water pipes. People took everything that they could take out of those apartments before they were boarded up," said Brenda Reddout, Executive Director for Talbot House Ministries of Lakeland.

Reddout said it will cost about $700,000 to remodel the property.

"We're halfway there. We've been able to raise out of this community $350,000, including $50,000 that the (Lakeland Community Redevelopment Agency) is putting toward the project and we're going to ask the federal home loan bank for the other $350,000 for the project," Reddout explained. The city took control of the property in March 2018 after numerous code violations including illegal dumping and the homeless camping out on the property. (Stephanie Claytor/Spectrum News)

She said the loan would be forgivable after 20 years, as long as the complex remained dedicated to affordable housing.

The non-profit plans to rent the studio apartments for $250 to $600 a month to the disabled, veterans, and people earning low wages. The apartments will be restricted to low income people according to federal guidelines. Tenants will also be required to participate in the Talbot House's case management services.

"There's no doubt that those apartments, as soon as we start taking applications for them, those apartments will have a waiting list in a very short period of time," Reddout said.

The Talbot House hopes the apartments will be move-in ready by next summer.