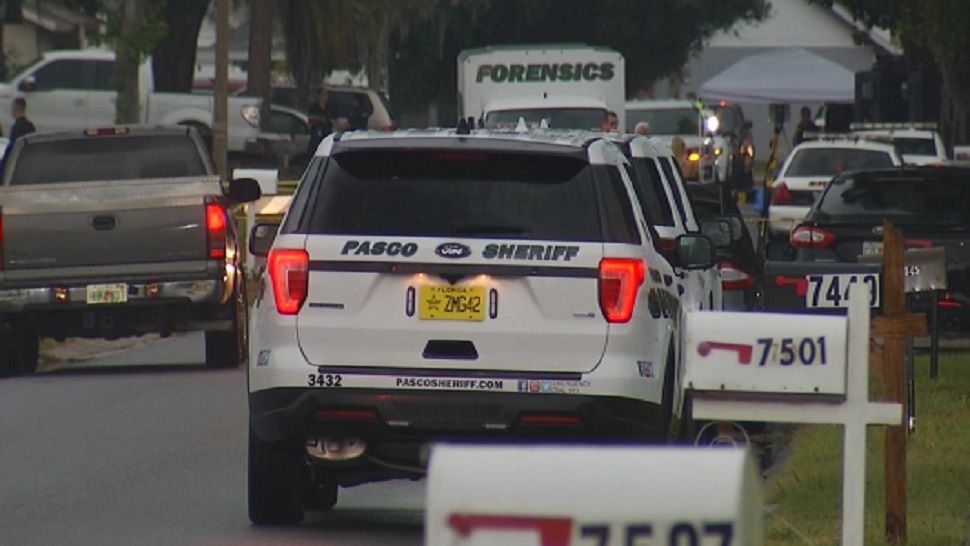 Pasco Sheriff: "This Was An Absolute Gun Battle Out There"

NEW PORT RICHEY, Fla. — A Pasco County deputy was shot overnight while responding to a call in New Port Richey that turned into an intense gun fight.

According to authorities, the deputy responded to a home in the 7300 block of Humboldt Avenue just before 12:30 a.m. when several shots were fired. The deputy, identified as 41-year-old Christopher Stone, was shot in the leg and the suspect barricaded himself in the home.

The suspect, identified as 62-year-old Terrance J. Peterson, remained in the home for several hours before being taken into custody.

The bullet hit Stone in the leg, striking an artery. Fellow deputies quickly applied a tourniquet to the leg and removed him from the scene - even as some gunshots were still being fired.

"I’m not a doctor. I don’t know if that saved his life," Nocco said. "But I can tell you the probability of him being able to walk and live again is because of the quick reaction of his teammates, the members of the sheriff’s office who put that tourniquet on."

Stone was rushed to Bayonet Point Hospital where he underwent surgery. He is expected to recover. Another deputy suffered a hand injury when he was grazed by a bullet.

"Make no mistake about it," Sheriff Chris Nocco said. "The suspect tried to kill everybody that was outside the house, all those deputies."

Nocco said the incident started with an argument between Peterson and his wife and escalated after she said he shot at her Alexa device.

The couple's adult daughter called authorities, who tried to get him to come out of the home when they arrived, Nocco said. The wife left the home when deputies arrived. The shooting happened at a home in the 7300 block of Humboldt Ave in New Port Richey.  (Ashley Paul/Spectrum Bay News 9)

Several sheriff office cruisers were struck by gunfire, as well as neighboring homes, Nocco said. He also said multiple homes had been evacuated before the shooting began.

After an extended period of time, deputies dropped tear gas into the home and rushed in to apprehend Peterson, who had a wound to his head. It is unclear if the suspect's wound was self-inflicted or happened during the exchange of gunfire, Nocco said.

Peterson, who is facing domestic battery and five counts of attempted homicide charges, was taken to an area hospital. His condition has not been released.

"We thank God our deputies are safe," This was a battle. This was an absolute gun battle out there."

The shooting remains under investigation.