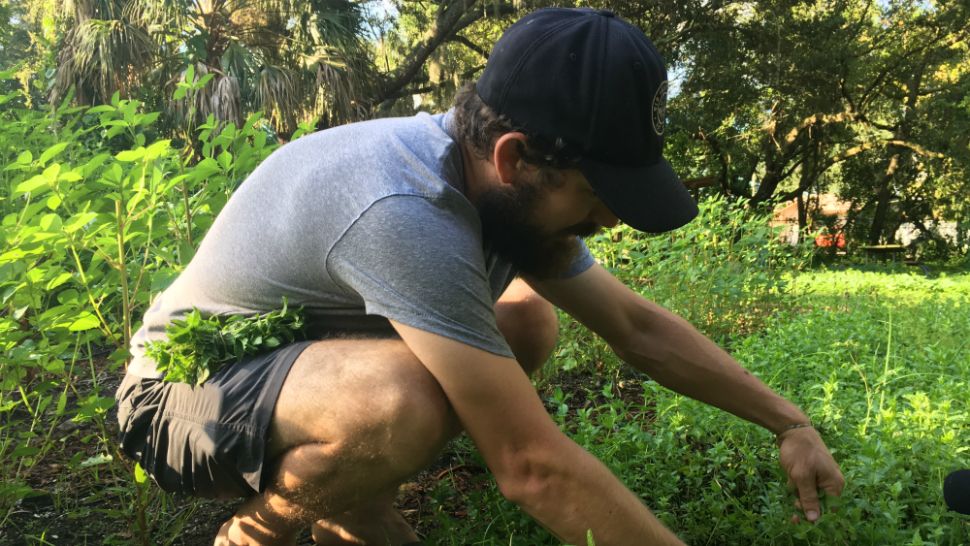 TAMPA, Fla. — Local farms and small growers from across Tampa Bay contributed to a delivery to the Dave Matthews Band's Farm-to-Stage program ahead of Wednesday night's concert at the MIDFLORIDA Credit Union Amphitheatre.

“We have a full farm-to-chef, or farm-to-stage, farm-to-table dinner ready for the Dave Matthews Band. It’s insane,” said Nichole Dube, owner of Dube’s Mobile Market. The Pasco County business isn’t officially scheduled to launch until September. Dube said the goal is to connect small farms that don’t have a way of getting their product to buyers with stores, restaurants, and individual customers. Their first delivery just happened to be to Dube’s favorite band.

“I love the Dave Matthews Band. I’ve been going to their concerts since 1998, since I was a junior in high school. Their music has always been inspiring to me,” she said.

According to Marissa Love with DEGA Catering, DMB’s tour partners with REVERB, an environmental non-profit that sources farms in each city the band plays. DEGA connects with the growers and places orders. Love said it’s a way of giving back to the community and including them in the show at the same time.

“This sort of speaks to the value of local farming,” said Chris Kenrick of Sweetwater Organic Community Farm, which also helped organize the delivery. “You know, if they value it, how can we support it more here locally?”

“To change the world, start with one step. However small, the first step is hardest of all.” ~ @davematthewsbnd Coming up on @BN9, we introduce you to some of the folks bringing locally grown & raised products to #DMB ahead of their show @MidFloridaAmphi. #DMB2019 pic.twitter.com/RYzWzcW9aH

When Dube heard about the call for local produce in Tampa Bay, she couldn’t resist.

“I said, ‘Huh. I think I know enough growers that I might be able to make this work. The challenge was that it is Florida and it’s July and it’s hot,” she said.

Dube and Kenrick said summer is a typically slow production time for the region’s farmers, so the delivery represented contributions from across Tampa Bay. It included 12 pounds of lettuce that came from a combination of Sweetwater, a garden in Seminole Heights, and Harmonious Greens in Zephyrhills. Beasley Farms in Brooksville provided 20 pounds of conch peas. Florida Fresh Meats in Sumter County contributed 40 pounds each of flank steak and chicken, and the list goes on.

“This is sort of a unique, inspirational type of event because it’s pulling different people together for a fun cause,” said Kenrick.

“This is my absolute first delivery, and to be able to make it work and do it to my favorite band that has meant so much to me is just unreal,” said Dube.

During a pick-up of some final items Wednesday morning, Kenrick let Dube know about an added bonus to this experience she didn’t expect – the tour planned to pass along tickets and VIP passes to Wednesday’s show.