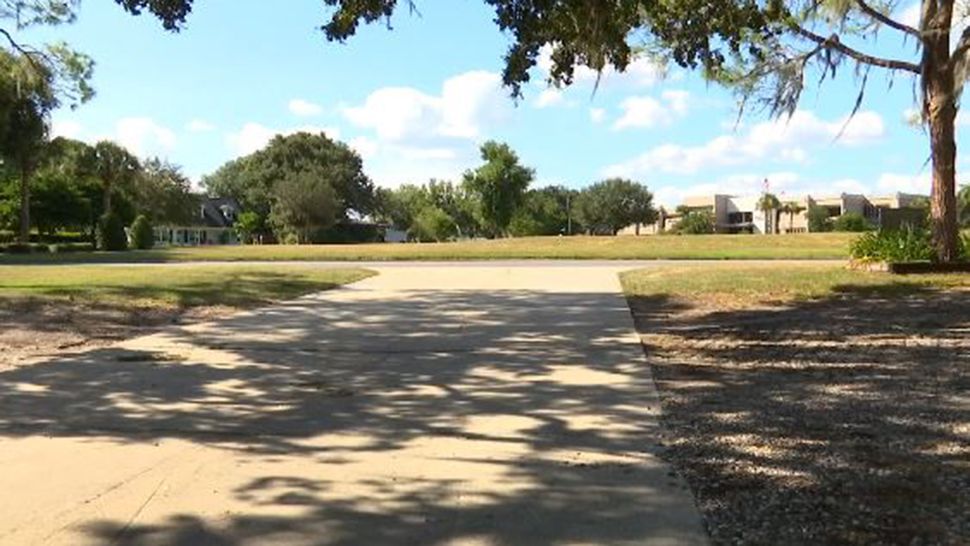 A 55-year-old man is accused of trying to lure a 15-year-old girl into his van near Polk State College. (Stephanie Claytor/Spectrum Bay News 9)

WINTER HAVEN, Fla. -- Reports of a man trying to lure a teen girl into his van had many parents in Winter Haven on edge.

The incident was reported to have happened Thursday afternoon in front of Polk State College. Investigators said the man attempted to lure a 15-year- old girl into his van and when she declined, he allegedly blocked her path with his van.

“She was scared and she was shaken because that’s not the normal,” Winter Haven’s Public Safety Director Charlie Bird said.

In less than 48 hours, Winter Haven Police said they arrested Randall Lee Ogletree, 55 of Winter Haven, in connection to the incident. He has been charged with stalking, a misdemeanor, and driving with an expired license.

A Winter Haven police officer spotted a van that matched the description pulling into a parking space at 3:53 a.m. at the Racetrac gas station on Havendale Blvd.

“To get this guy into custody that fast is outstanding. I couldn’t be more proud of my people for that,” Bird said during a news conference. “There’s no doubt that we have our guy because he admitted to it.”

Jeannette Viegas was one of the witnesses who yelled and told the teen girl not to get into the van, causing the man to take off. She said she was ecstatic about the arrest.

“I do believe if there were not witnesses there he would’ve tried to physically get the girl in the van,” Viegas said, adding she felt he should’ve been charged with attempted abduction.

“We did not have probable cause for an abduction probably because a witness stepped in and intervened. Otherwise we could’ve possibly had an attempted abduction,” Bird said. “We don’t know what his intentions were.”

Viegas said she understood the law and felt the laws should be changed so that a case like this would qualify for attempted abduction.

Ogletree allegedly told officers he was just offering her a ride and that he asks people if they need rides all of the time. He said he thought she was an adult.

“Parents have the conversations with your children, not to get into cars, and to get away, yell and scream if you got to, do not get into a car with a stranger,” Bird said.  “And this is another warning too if people think its ok to ask random children if they need ride. That’s not a good idea. I would suggest that you not do that.”

No one answered the door at Ogletree’s listed address.​