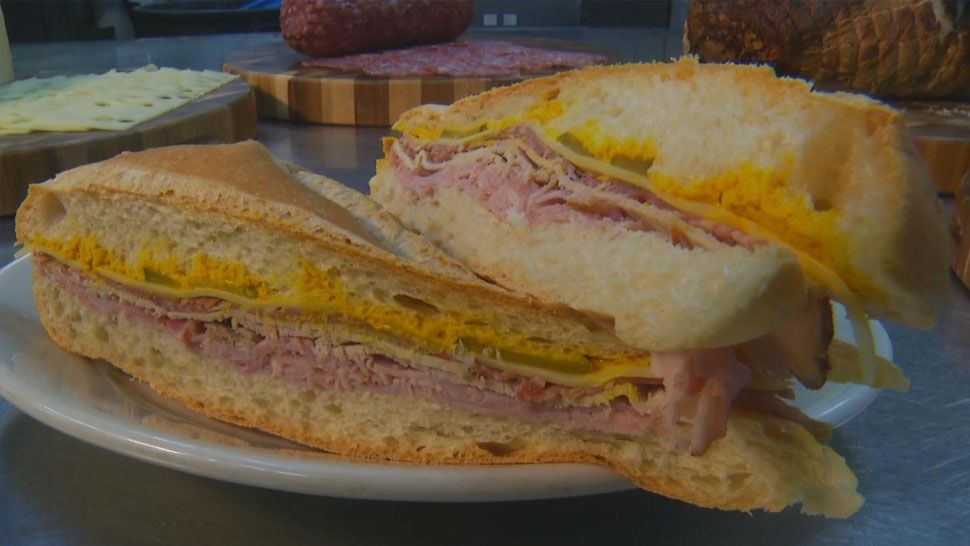 Ybor City has plenty to crow about — a place steeped in history, where the coffee is strong and the smell of freshly rolled cigars fills the air. But perhaps nothing is more of an institution in Ybor than the Cuban sandwich. (Spectrum Bay News 9)

YBOR CITY, Fla. — Cuba is known for classic cars, salsa, and cigars.  However, some might be surprised to know the Cuban sandwich has roots in Ybor City.

Ybor City has plenty to crow about — a place steeped in history, where the coffee is strong and the smell of freshly rolled cigars fills the air.  But perhaps nothing is more of an institution in Ybor than the Cuban sandwich.

"A well made Cuban sandwich is one of the nicest things, one of the most delicious things you can eat in Tampa," Chantal Hevia, President of the Ybor City Museum Society, said.

It's a "taste" of Tampa's history, shared at places like the Ybor City Museum State Park.

Hevia says according to local lore, the Cuban was created here to satisfy the appetites of cigar factory workers putting in long hours.

"It was an easy way for them to get lunch. It was substantial but it didn't necessarily put them to sleep," she said.

However, when it comes to verifying the sandwich's roots, things get a little dicey.

"This is purely conjecture on my part, but who would have thought to document the history of a sandwich?" Hevia said. "So it's word of mouth and depending on who you are and what you've heard, there's a different story to tell."

The Cuban is definitely part of the story and part of the menu since day one at Florida's oldest restaurant, the Columbia.  For 5th generation owner Andrea Gonzmart Williams, it's practically part of her DNA.

Williams likes to think of the sandwich as a "mix" of the immigrants who contributed to building the city.

"Obviously the Cuban bread, being the Cubans. The ham being the Spaniards, the pork being the Cubans once again, the Salami being the Italians, and the yellow mustard and the pickles being the Germans, and then I like to say the swiss cheese is Ybor City that was the melting pot that brought all of these different cultures together," Williams explained.

One thing is for sure though — among the pork and pickles, the Cuban sandwich feeds community pride.

"What a wonderful thing that on a national scale we can be recognized for this — because it tastes good," she said.

And the tasty sandwich has become so popular it has been named Tampa's official city sandwich.