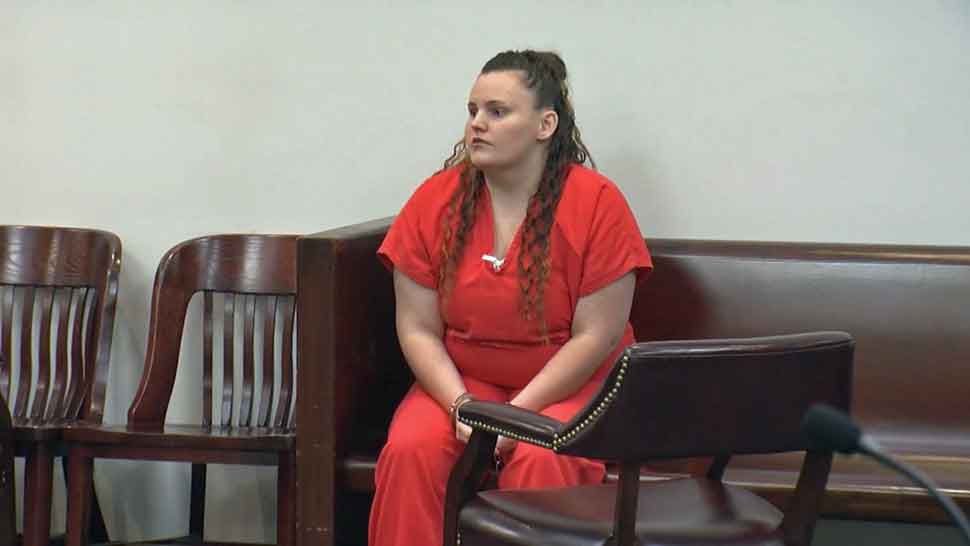 Marissa Mowry during her sentencing at the Hillsborough County courthouse on Thursday, Oct. 17, 2019. (Spectrum Bay News 9)

HILLSBOROUGH COUNTY, Fla. — A Bay area woman who admitted to having sex multiple times with an 11-year-old boy in 2014 and later gave birth to their child was sentenced to 20 years in prison on Thursday.

Meanwhile, the victim in the crime is now doing his best to be a father with his family's help.

Marissa Mowry came into contact with the Campbell family in Brandon when they hired her to be a nanny for their son, Christopher. She was 22 at the time.

A 2017 investigation led to Mowry admitting to detectives that she began having consensual sex with Christopher in January 2014 and gave birth to their child the following October. Their relationship continued for three years.

"To think of my son as more than a child?" said Campbell. "I mean, we're talking about a child who was 11."

Mowry did not speak during her sentencing. Her son with Christopher is now five and lives with the Campbells.

Christopher is raising him with help from his family as he continues to finish school.

"One thing I do not want him to ever think is that he is predestined to have issues because of this," Campbell said, speaking about her grandson. "Because it takes two parents and his other one is really awesome."

Campbell also had a message for parents following the family's ordeal.

"Know the people your children are around," she said. "Investigate everything — you are your child's biggest advocate."