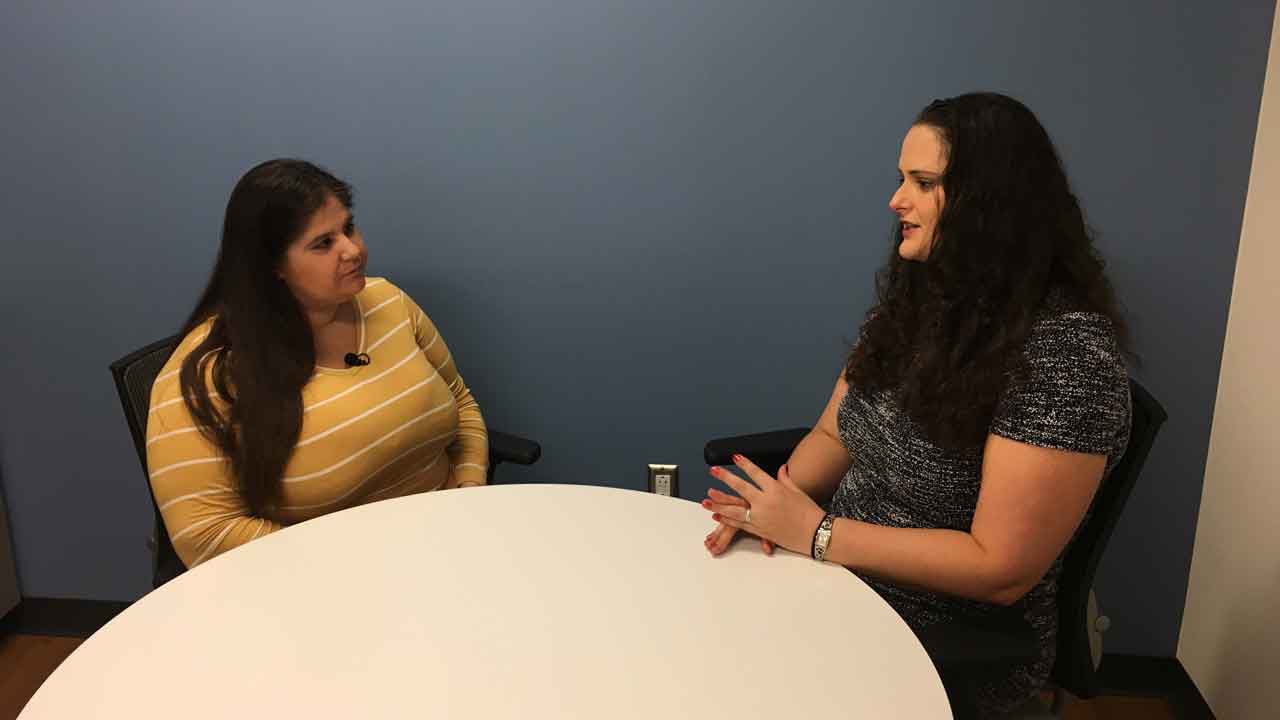 TAMPA, Fla. — The decision to undertake genetic testing in order to determine cancer risks is a deeply personal and potentially stressful one. But as we learned from one Tampa woman who went through it, it can also provide a path towards peace of mind and hope for the future.

A strong family history of cancer sent 33-year-old Beth Scarola of Tampa to a genetic counselor at Moffitt Cancer Center.

Scarola wanted to know if she was likely to get breast cancer, too. At 29, she decided to have genetic testing.

She knew going into the test that mutations in BRCA genes 1 or 2 increase the risk of breast and other types of cancer.

"For breast cancer risk, the BRCA genes, that number goes up to about 70 percent by age 80 compared to the average woman, who's around 12 percent," said Darcy Berry, Certified Genetic Counselor at Moffitt.

For Scarola, the decision to undertake the testing was almost liberating.

"Whereas so many people generally are afraid to get genetic testing because they're unsure whether they have a risk, I was very sure that I had a risk," she said. "And it was almost alleviating a fear that I had in order to open a door to get a screening."

Testing involves the use of a blood or saliva sample. It can take weeks to get results, and the wait can feel even longer than that.

"It was nerve wracking, because I was worried honestly that I wouldn't have a mutation because I still felt strongly that I needed that preventive screening," said Scarola.

The counselor then helps guide patients through recommendations based on the results.

"If they're at high risk, we can do a combination of MRIs and mammograms instead of just one or the other imaging modality,” said Berry. “Some women take that information, they decide to have the large prophylactic surgery with the reconstruction."

All those options were presented to Scarola when she learned her results.

"I have a BRCA2 mutation, which puts me at a higher risk of breast cancer, ovarian cancer, melanomas, pancreatic cancer," she said.

After that, knowing her risk level was elevated, Beth says she spent a lot of time talking with the counselor, doctors, and other experts, as well as self-reflecting, before making her choice.

"I personally decided that I did not want to go for the prophylactic mastectomy,” said Scarola. “That is certainly a choice that I can make at any time and so I could change my mind."

Scarola said genetic testing also alerted her to other elevated risks she did not expect.

These days she gets regular screenings and preventive care that she says puts her at ease.

"My entire life, my father has really shaped my own narrative and my own view of the world because his mother left him behind at such a young age," said Scarola. “I didn't want to be left behind at a young age. I feel like I have a lot to do left in life."