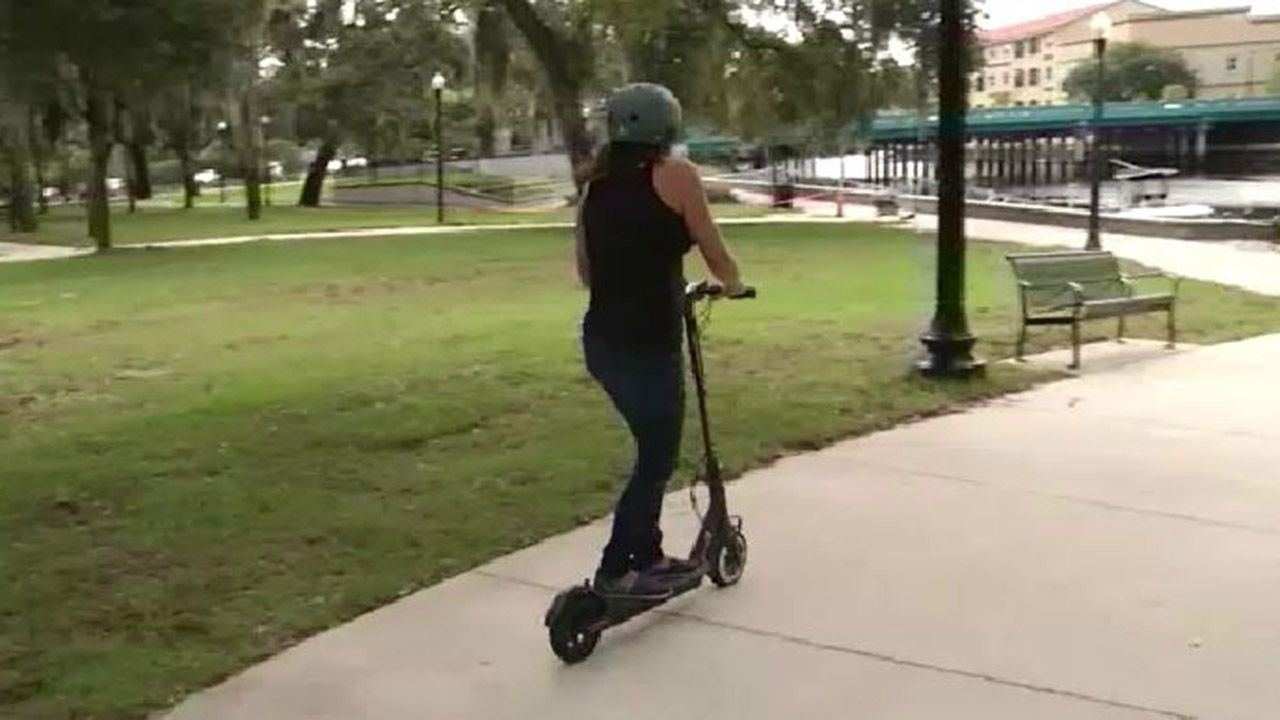 “It changes your life. There’s a couple of things I’ve purchased as an adult that have really kind of been a game changer,” said Nathan Warner, an e-scooter owner.

He says e-scooters are one them.

“If you think about parks and streets and cities, it makes them a lot smaller. You can do a lot more things in one day,” said Warner.

The scooters are already in Tampa and St. Petersburg, and soon, possibly New Port Richey, so long as city council allows it.

A proposal from a company called eCarve, which operates in the ‘Get Outside’ building on Main Street in New Port Richey, wants to introduce the scooters in a way that cuts back on some concerns we’ve seen in other cities.

People would be required to pick up and return the scooters to the store, so they wouldn’t be cluttered on the streets.

Helmets would also be provided with each rental.

Owner Scott Carbone says this could be great for the area.

“I think this is the future. with New Port Richey being on the forefront of being the next Dunedin, having this electric mobility device should allow people to see the city in a much more quicker way and safe manner,” said Carbone.

But ultimately, it will be up to city council.

At a previous meeting, council members discussed some possible restrictions, such as banning use after sunset, setting age limits, and requiring the company to hold liability insurance, which Carbone says he already has.

The scooters will be discussed again and voted on at Tuesday night’s meeting.​