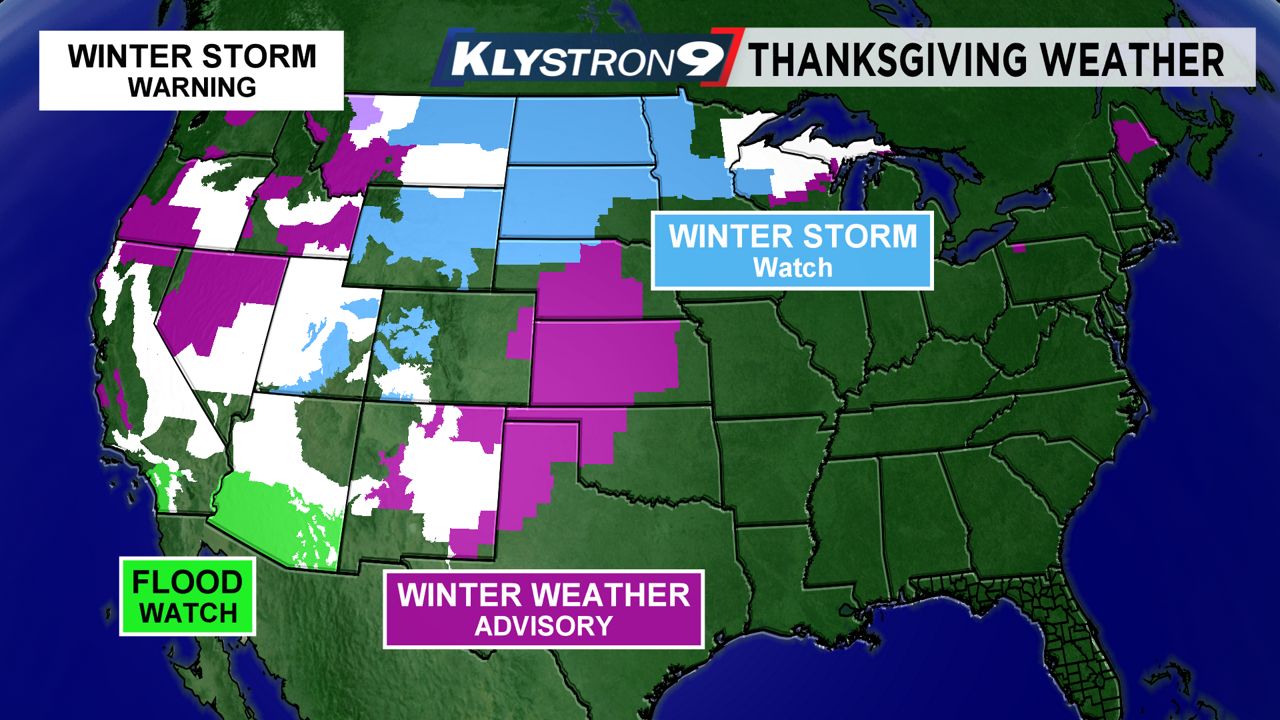 1 of 5
Thanksgiving Weather warnings and advisories 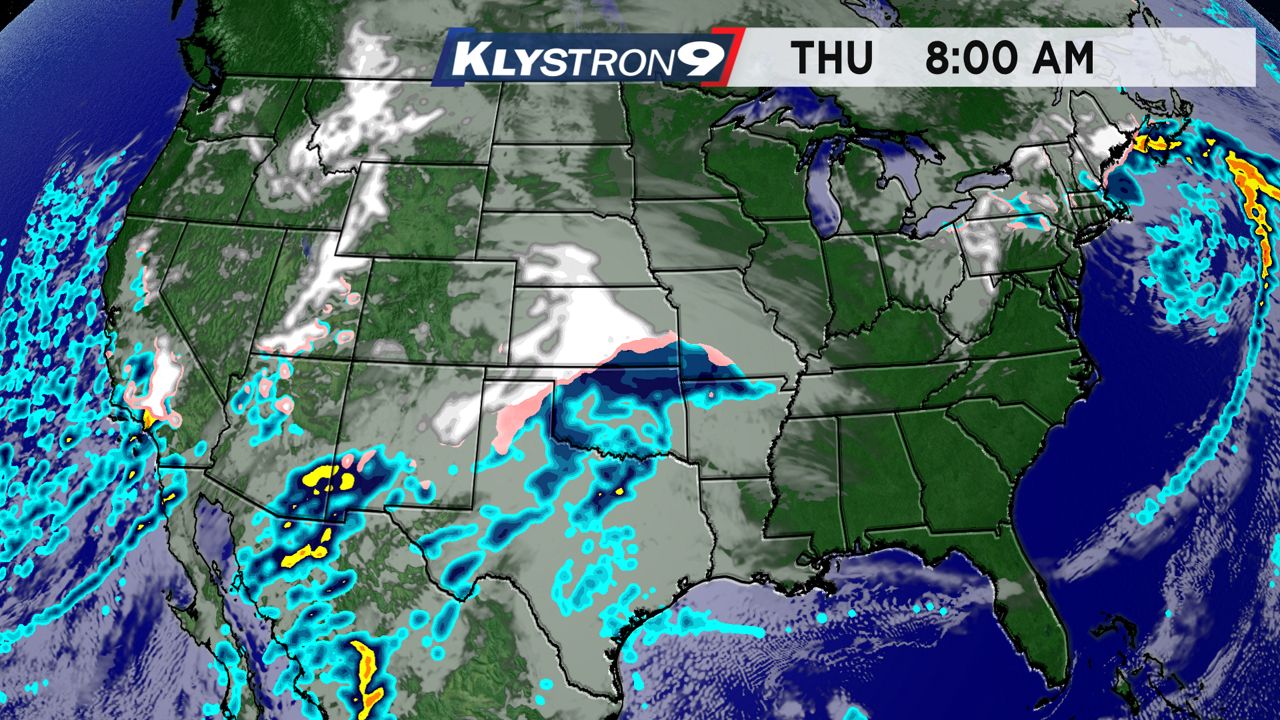 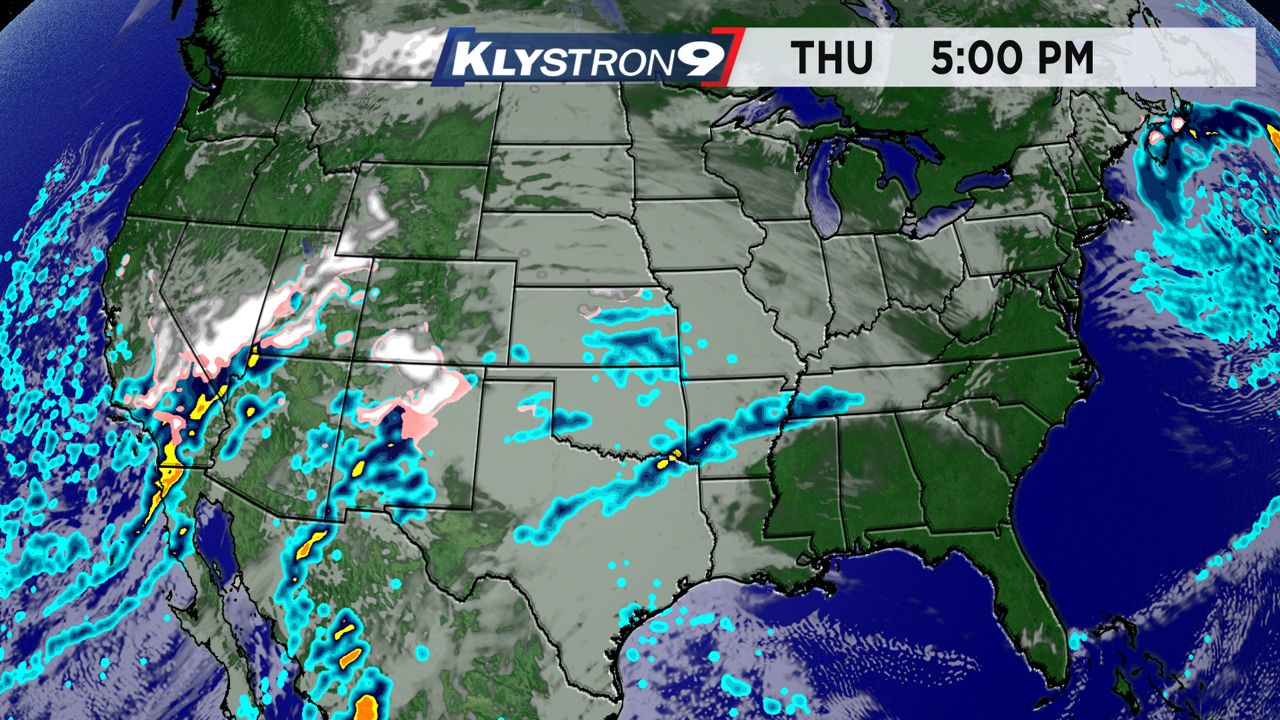 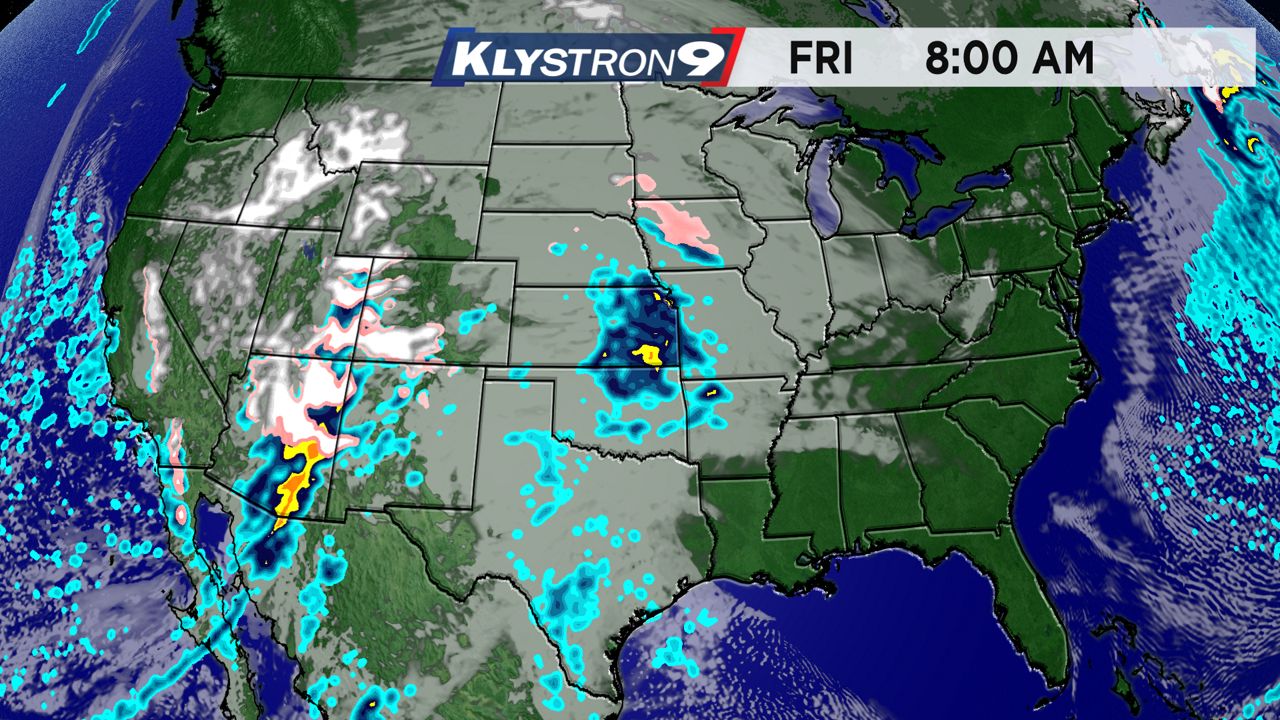 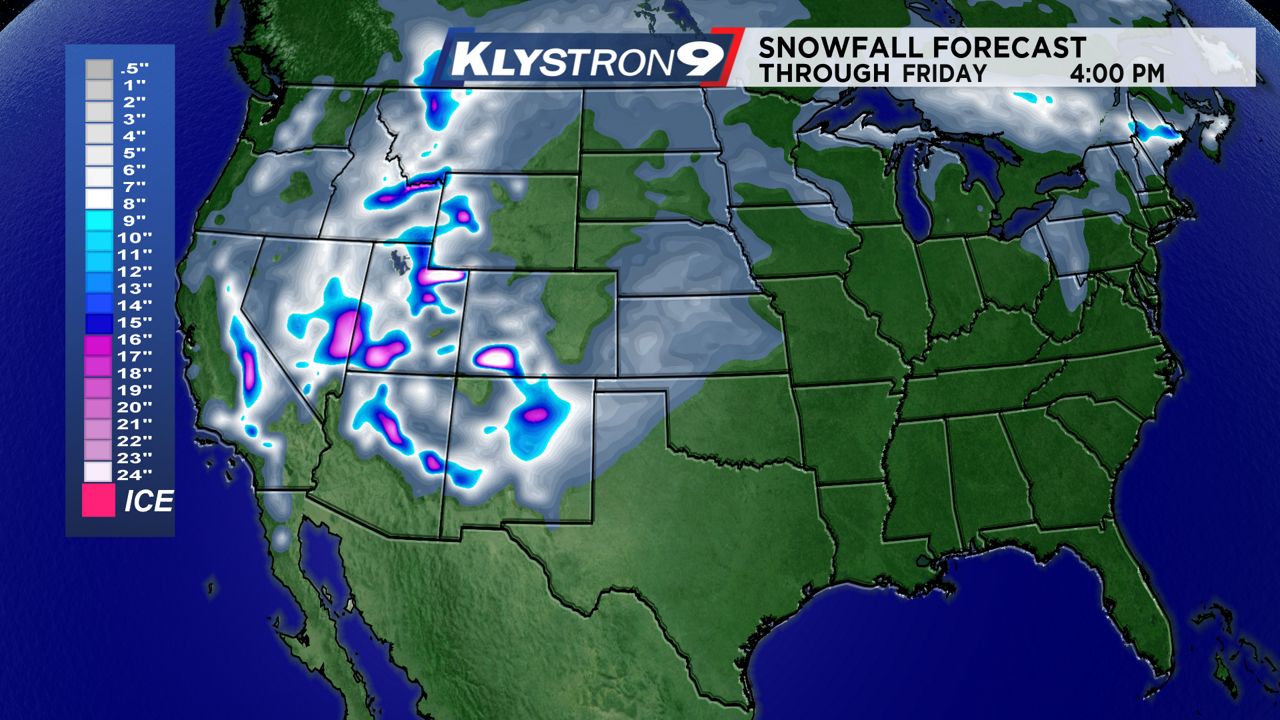 5 of 5
Snowfall forecast through Friday 4 p.m.

Weather Blog: Cold, Snowy in Some Parts of U.S. for Thanksgiving

ST. PETERSBURG, Fla. — Cold and snowy in some areas of the United States for Thanksgiving day:

The Western U.S. and Plains States will have the worst weather with lots of snow and rain. The mountains out West will get very heavy snows, including areas of Oregon, California, Nevada, Utah, New Mexico, Arizona, Colorado, Wyoming, Idaho, and Montana.

The Plains states will be rather gloomy with a mix of snow and rain from Texas northward into Oklahoma, Kansas, Nebraska, and South Dakota.

There will briefly be some snow showers in the far Northeastern U.S. in the morning, but it won’t cause major issues. The main travel issues will definitely be in the western half of the country.

Some of the snow totals out west will be measured in feet instead of inches the next couple days, especially in the higher elevations.

There are multiple advisories in effect out West.  Winter Storm Warnings and Watches are common, but there’s also a Flood Watch in effect for parts of southern California and Arizona.

Most of the country will be cold or cool, with mild conditions confined to the Southeastern U.S.

We’ll be lucky in Florida, as it’s going to be a beautiful day.  For the Tampa Bay region skies will briefly be partly cloudy in the morning, but then go mostly sunny.

High temperatures will reach the upper 70s to low 80s.  A light northerly breeze will reinforce the dry air across the region, so although it will be warm we won’t have high humidity like we’ve had some years.