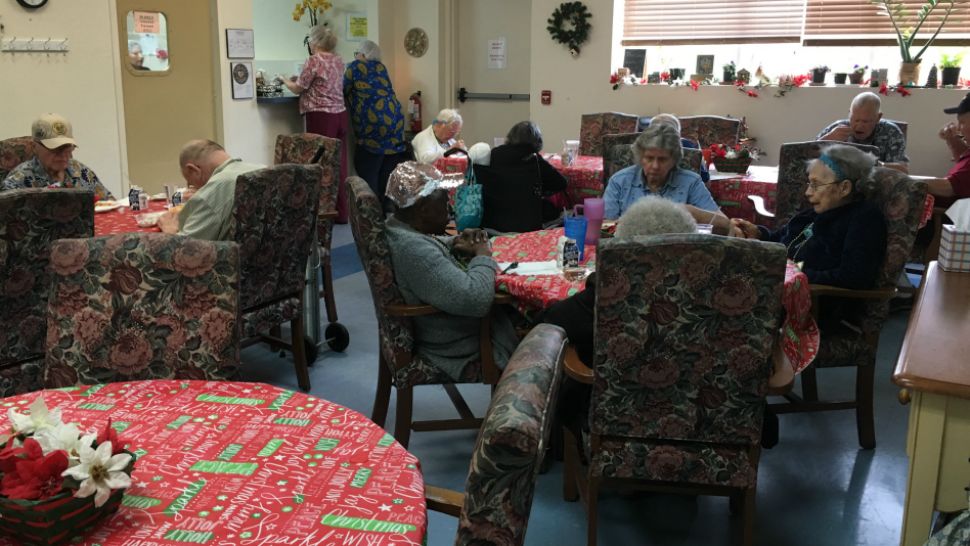 DADE CITY, Fla. -- The non-profit CARES, or Community Aging and Retirement Services, closed on 1.7 acres of land Friday it plans to use to build a new one-stop senior center on the east side of the county.

The land was donated by Florida State Sen. Wilton Simpson.

Simpson made the offer last week during a meeting with CARES President & CEO Jemith Rosa. Rosa said she went to Simpson's office to talk about possible state funding for construction of a new center when the topic of location came up.

"I said, 'Well, you know, I happen to own the land right across the road. It's perfect for what CARES is trying to do," Simpson said of the property behind the current CARES Crescent Center.

Rosa said anywhere from 20-30 seniors come to the center each day for adult daycare. More than 200 more benefit from the center through in-home services offered, like home cleaning and repairs.

"What CARES mission is, it is to protect the dignity and the individuality of each of those seniors by making safe and beautiful environments for them," Rosa said.

According to Rosa, the Crescent Center is at capacity and 600 people are on the wait list for CARES services in Dade City alone. Part of the building once used for case management hasn't been occupied in a year because of a major roof leak. She said even if it was repaired, the current building, which CARES bought 20 years ago, is too small for the kind of expansion the agency needs. So, leadership made the decision to build a new, 6,000 sq. ft. one-stop center.

"It is a place where they can go play games. They're going to listen to music. We're going to have entertainment," Rosa said. "We want to make our seniors more healthy by providing them with social activities to increase their mental ability to function as an individual in the community."

Rosa said the current center is licensed to provide adult daycare services for 30 people. She said she plans to request a license for 75 people for the new center, which would mean dozens could come off the waiting list. The next step is working to raise $1.2 million to build the center.