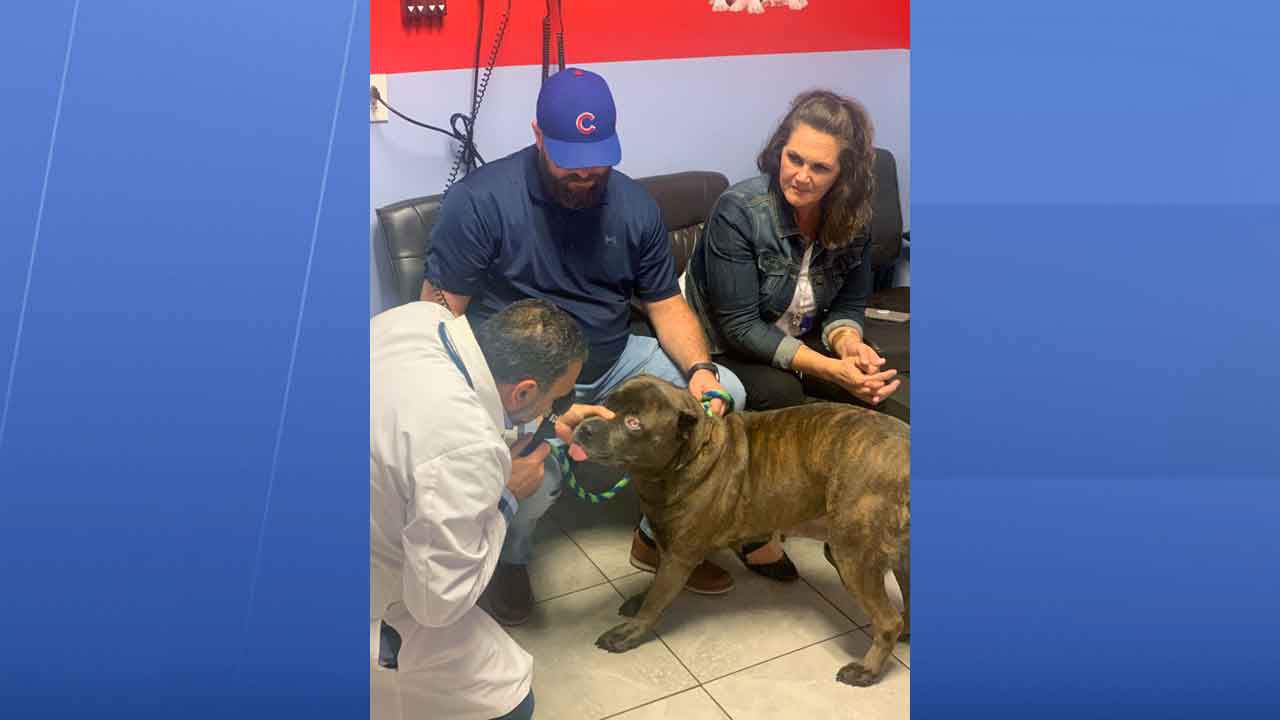 A veterinarian checks out Jitterbug the Cane Corso while her new adoptive family, Keith and Andrea Johnson, look on. (Saundra Weathers/Spectrum Bay News 9)

TAMPA, Fla. — Jitterbug, the dog once owned and later abandoned by a Tampa Bay Buccaneers player last December, now has a new home and a new family.

Keith Johnson and his wife and Andrea adopted Jitterbug, a Cane Corso, after hearing how she was left alone for days on the side of a secluded road in Wimauma.

“Of course we wanted her more. We wanted to make sure that she felt safe and she felt loved,” Andrea told us. “And we heard different things before about the people who owned her before are breeders and they had other dogs that they bred to and we have a soft spot for the Cane Corsos and she’s around the same age as our Cane Corso.”

Jitterbug’s previous owner, Bucs defensive tackle Rakeem Nunez-Roches, still has yet to offer an explanation as to how Jitterbug ended up on that roadside. The team says they're looking into what happened.

Andrea said she was surprised to hear from Nunez-Roches' wife, who reached out to her after the couple adopted Jitterbug.

“The wife reached out to me and she has been very friendly to me,” Andrea said. “She’s been giving me lots of information regarding the dog, so it's been very helpful. She did forward vet records; however, the question’s never been answered how the dog got out there. The only thing that was said was they had to get rid of the dog due to expecting.”

Nunez-Roches was running a Cane Corso breeding company up until a few days ago. His company also had a website, but it has been shut down.

While a mystery still surrounds Jitterbug’s days abandoned on the streets, her new owners said her story from here on out is what matters most.

“Yeah, it’s a terrible feeling, but everything happens for a reason and now she’s in a really good place,” Keith said.

We have reached out to Nunez-Roches several times, but have not heard back.