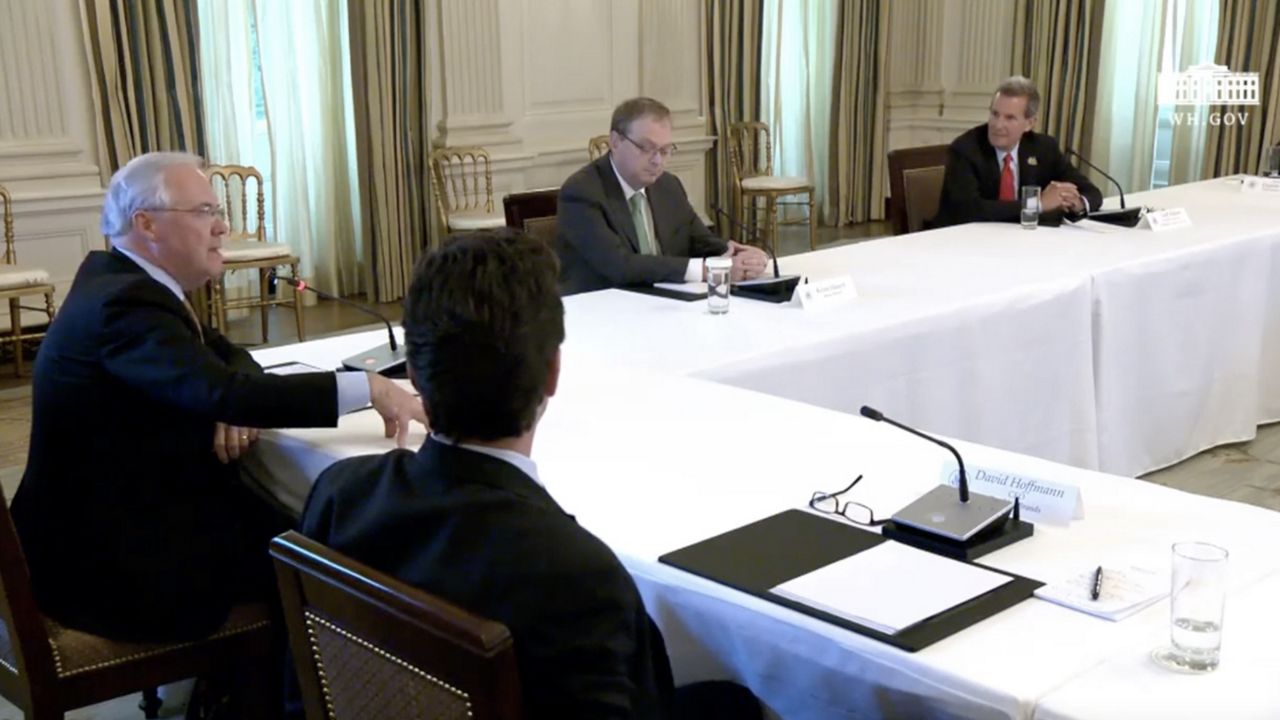 WASHINGTON, D.C. — The Trump administration is eager for the country to reopen, so that’s why executives from the hotel, airline, supermarket and other industries were brought to the White House on Friday to discuss strategy.

But for the workers sitting at home debating whether it’s safe to go back to work — if they have a job to go back to — I asked U.S. Secretary of Labor Eugene Scalia what tools are in place to help.

“As workplaces start to reopen, what protections do workers have to make sure that they stay safe? And what rights do they have if they feel unsafe?” I asked Scalia in an interview outside the White House before Friday’s roundtable event.

“We at the Labor Department have put out extensive guidance, working together often with CDC, we’ve got guidance out for 16 different, specific industries about how to open safely,” Scalia said.

He added: “To the extent that businesses fall short, the Occupational Safety and Health Administration, part of the Labor Department, is there to receive concerns, complaints from workers. We will investigate those. And workers have a right to raise health and safety concerns. They should do that, and employers ought to listen to them.”

Scalia said employees can contact the Labor Department if they feel their employer is not treating them fairly.

Friday’s roundtable included the CEO of Cincinnati-based Kroger, Rodney McMullen. He was not available for an interview.

Other attendees included the heads of Wyndham Hotels and Southwest Airlines.

Geoff Ballotti with Wyndham said hotel occupancy levels are currently around 30-percent, while Gary Kelly with Southwest said business is still down 85-percent.

I asked them if more federal relief will be needed from Washington.

“We do think further stimulus will be necessary,” Ballotti, the president and CEO of Wyndham Hotels & Resorts, said. “We think that what has been passed has been fantastic, and again we applaud the administration and Congress for all the support our franchisees have received today, but this is going to be a long road to recovery.”

“I think they’ve done their part,” Kelly, the CEO of Southwest, countered. “And now I think the focus needs to be on the issue, and the issue is defeating the virus.”

The challenge moving forward is Congress and the Trump administration have to decide which industry leaders to side with: those asking for more help or those saying enough help has been given.