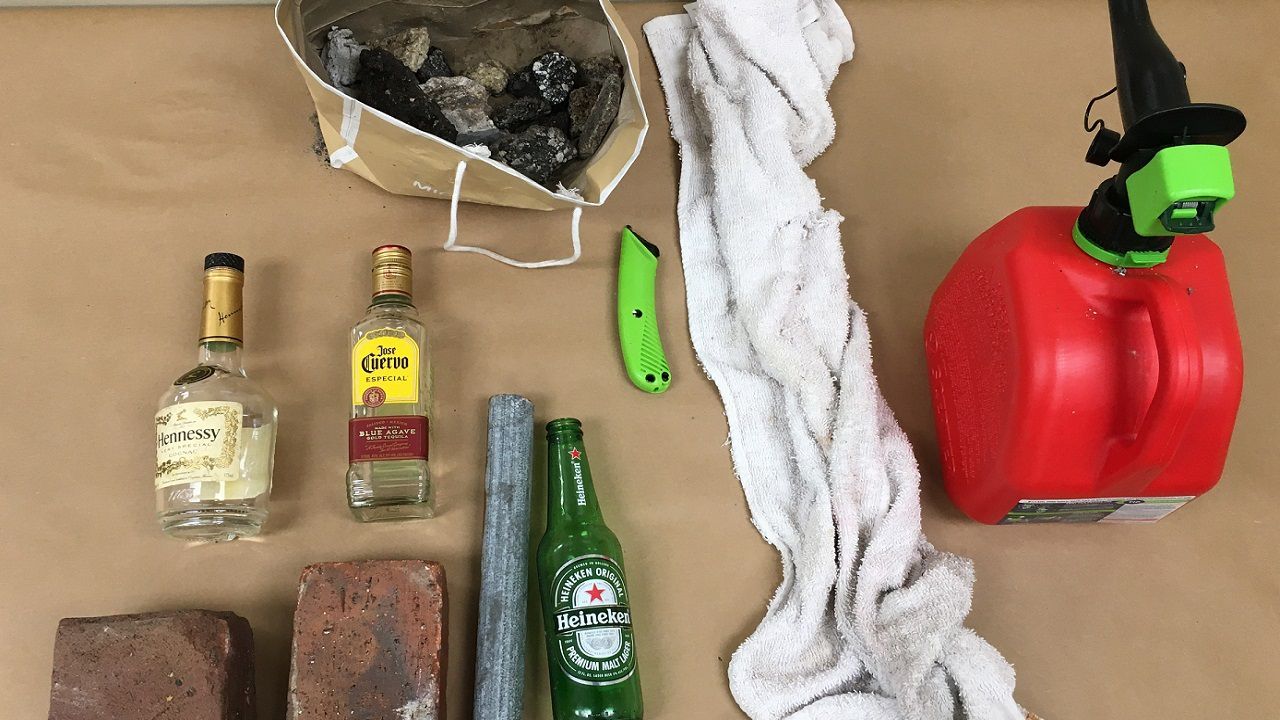 According to police, three people in an SUV had a gas canister, glass bottles, bricks, a bag of large rocks and a metal pipe. They were arrested and charged with inciting a riot. (St. Petersburg Police)

According to police, weapons were found in an SUV with three of the people arrested.

An image provided by police showed a gas canister, glass bottles, bricks, a bag of large rocks and a metal pipe.

All of those items could have been used as projectiles, according to police.

The arrests came after several hours of peaceful protests until a crowd of about 150 gathered outside police headquarters around 1 a.m.

Police arrested Lady Nicole Nash, 29, Javonta McCloud, 28, and Eddie Bryant, 28. They were all charged with inciting a riot.

Police arrested the three after stopping their SUV based on a tip.

Authorities also arrested Anthony Koedel, 29, who they called one of the protest organizers. He also is facing charges of inciting a riot.

There were no injuries and no reports of damage.

Police officials said they are prepared if protests continue.

Steel barricades continue to block off the front of the police department, as well as some downtown streets.

So far there has been no curfew ordered