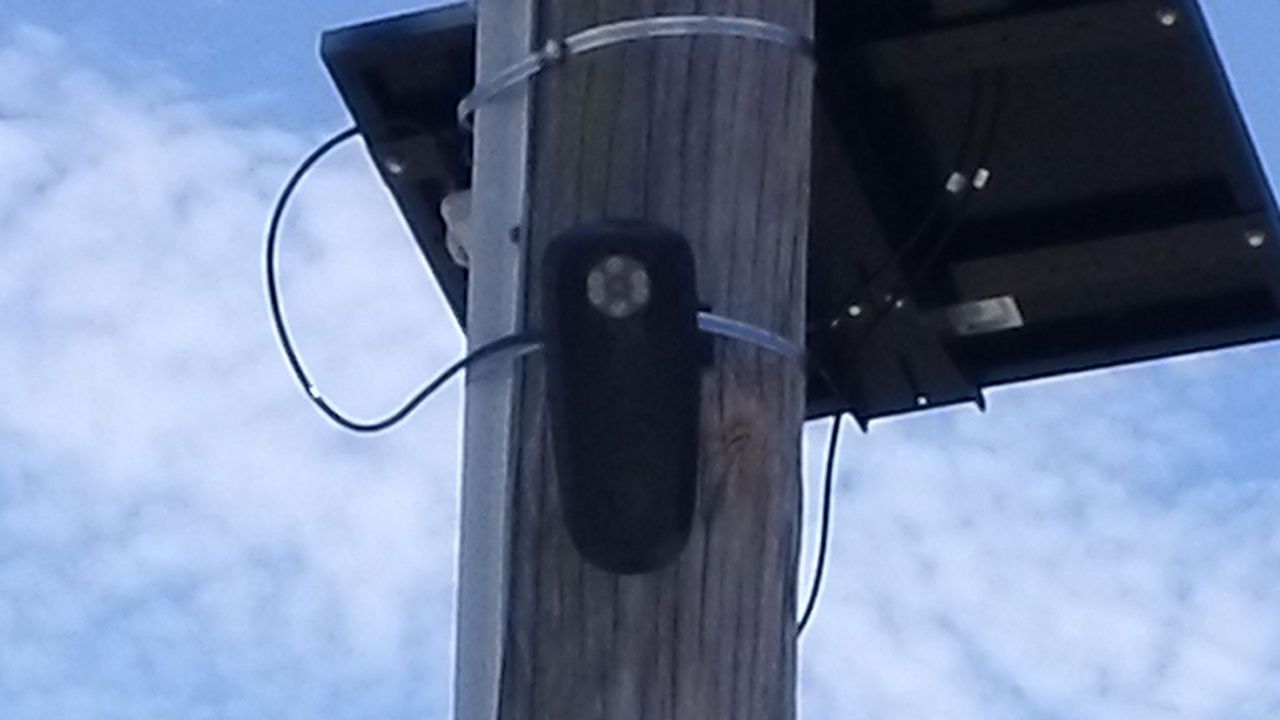 One of seven cameras installed by Pinellas Park Police around the Park Place Estates neighborhood as part of a 30 day trial of license plate reader cameras. (Courtesy: Randy Heine)

PINELLAS PARK, Fla. — A Pinellas Park man wants his city's police to reverse course on an ongoing trial involving license plate camera readers installed around one particular neighborhood, a trial he regards as an invasion of privacy.


"We're not supposed to be spying on one another," said homeowner Randy Heine, 68. "What makes my neighborhood warrant these?"

Heine said he first noticed the camera on June 22, when he saw an unmarked white van with a man in plain clothing installing it.

"At first, I thought it was something nice, like wifi for the school kids," said Heine. "Then I looked at it and said 'that's not wifi. That's a camera. Why is it there? Who put it there?'"

Heine asked City Manager Doug Lewis in an email if he knew anything about the camera. Lewis replied, "I don't know what it is but I will have my traffic engineer look into it."

A few days later, Lewis emailed Heine back, stating, "They are installed and moved around the City by the Police Department depending on their needs. I understand they read license tags."

The City Manager also informed Heine that the camera in front of his home would be taken down.

Why not tell residents?

Heine believes the Pinellas Park Police Department should have alerted the public about the cameras before they were installed.

"They need to at least tell these people that live here that there's a camera," he said. "There's something going on."

Pinellas Park Police Captain Adam Geissenberger said the department is testing out the Flock Safety cameras for 30 days and planned to inform the public once they decided to lease the technology.

"We were absolutely intending, if we were going forward with this company or this technology, to notify the entire community," he said. "We are a very transparent agency. It's demanded by our city leadership, it's demanded by our police chief."

"This was not a gotcha," he went on. "This was not a surreptitious 'hang a camera and not tell anybody.' This was a trial period in response to concerns about crime in the area." ​

Geissenberger said they're testing a total of seven cameras in the Park Place Estates neighborhood that have been up for about two weeks so far.

"That neighborhood specifically, we've had an influx of dumped stolen vehicles," he said. "We also have an increase of offenders, if you will, in that area." ​

Geissenberger said the LPR camera takes a photo of the rear of a vehicle to capture the license plate. The image is then stored for 30 days, before it's deleted.

Police are only alerted when a vehicle is stolen or there's an outstanding warrant for the registered owner.

The police department will also create a policy that will prevent improper queries of the LPR database, according to Geissenberger.

Geissenberger said the agency will be responsive to the community.

"We understand that there's always going to be that concern of 'big brother.' How much technology is too much?" he said. "'How much technology do I need to feel safe and it's getting to the point where my individual liberties are being jeopardized?' I don't have the answer."

"Take this stuff down or put it in your neighborhood," he said. "Put it in front of the mayor's house, the councilman's house. Let them see what it is."

Geissenberger said it would cost $10,500 to lease seven Flock Safety cameras every year.