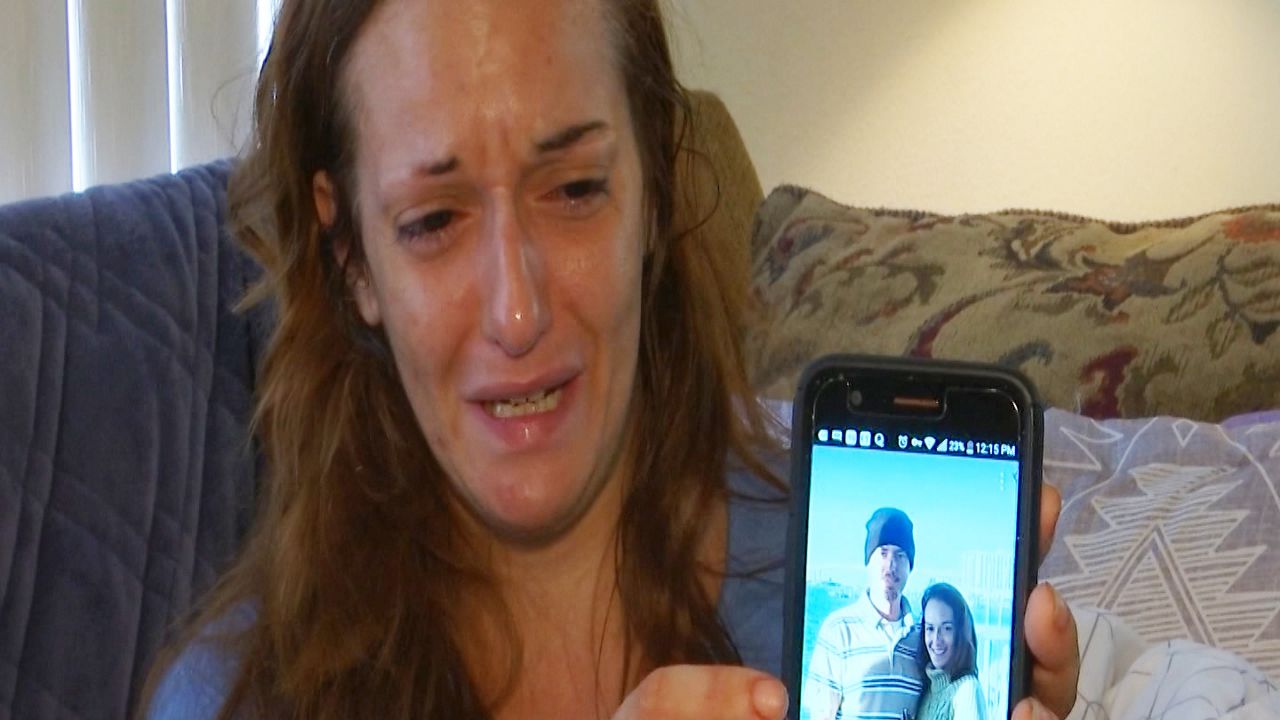 PASCO COUNTY, Fla. - What was meant to be a quiet night in for Kristen Calvagna and Kyle Cracolici turned into a vicious incident before the evening began.

“The second that they just like clamped on to him, they just wouldn’t let go,” Calvagna said as she recalls the event that led her and her boyfriend in the trauma center. Calvagna described it as a nightmare she’s hoping to wake up from.

“It's changed our lives forever, his life is never going to be the same.”

The bandages around her arms and thigh are a fearful reminder that she’s not dreaming. “I'm so lucky. I have one stitch up here but I can’t really bend my fingers as well," she said.

That’s not the case for boyfriend Kyle.

He knows the two dogs who attacked them, in fact, they belong to his roommate. When they heard a knock on the door, that’s when things turned from good to horrible. The owner wasn’t home.

Neighbors called for help and when deputies with the Pasco Sheriff’s Office arrived on the scene, shots were fired, killing one of the dogs.

“If Deputy Charukian didn’t do what he did, Kyle would be dead, he would’ve been dead already,” Calvagna said.

“I’m so grateful for everybody who came out.”

The owner said he’s traumatized with what happened and said he’s OK with what the deputies did to his dogs. He hopes the victims makes a full recovery.