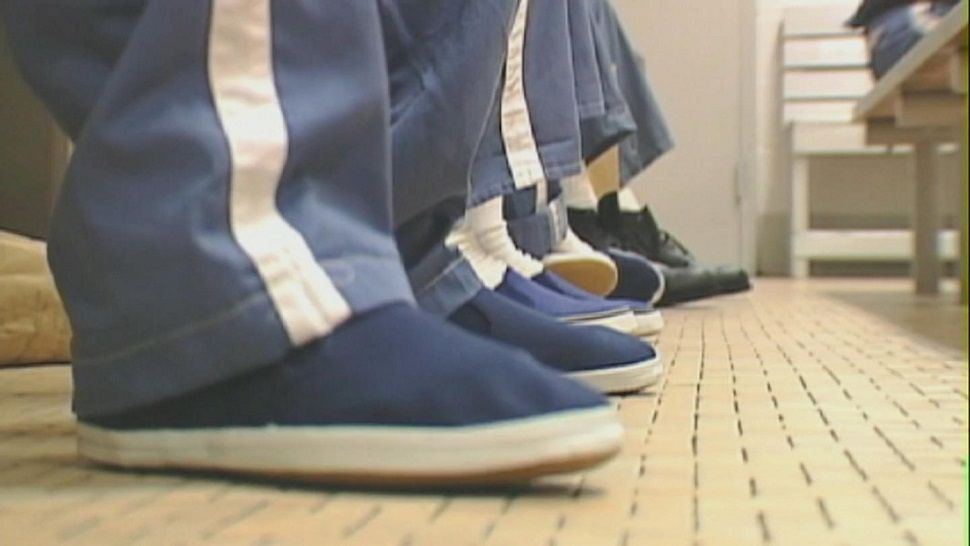 ST. PETERSBURG, Fla. — Volunteers with the League of Women Voters of Florida will begin this week to start contacting about 80,000 former felons who don’t owe any fines and fees to help them get registered to vote.

The list of eligible voters comes via the American Civil Liberties Union of Florida, who cobbled together the database after submitting information requests to the Florida Department of Corrections and the clerks of the court throughout the state earlier this year.

“We have trained around 400 League Florida volunteers to make phone calls to these ex-felons around the state of Florida, and for those who we were unable to obtain phone numbers for, we’re sending out postcards to their addresses,” says Patricia Brigham, the president of the League of Women Voters of Florida. “This is all about reaching out to our returning citizens to get them registered to vote and to tell them about vote-by-mail and requesting their ballot.”

The ACLU of Florida announced this spring a new voter outreach effort with nonpartisan groups Equal Ground, Voto Latino and Real Women Radio Foundation to use the complied database for local and statewide voter registration efforts.

New voter registration numbers are down in Florida and a number of other states this year, according to a report released last month. Analysts attribute the decline to limited in-person gatherings because of COVID-19.

Nearly 65 percent of Floridians approved the automatic restoration of voting rights to people with felony convictions through the passage of Amendment 4 in November of 2018. The amendment said that all people with felony convictions in Florida (except for murder or a sexual offense) could have their voting rights restored upon “completion of their sentence.”

The controversy since then has revolved around what constitutes the completion of a sentence. The Florida Legislature passed an implementing bill (SB 7066) during the spring of 2019 session signed by Gov. DeSantis that said that all legal financial obligations – including fines, fees and restitution- must be paid for those people with felony convictions to get their voting rights restored.

Several civil and voting rights groups then sued the state to try to overturn the law, and U.S. District Judge Robert Hinkle ruled in May that those Floridians with prior felony convictions could not be barred from voting because they are unable to pay. A federal appeals court blocked Judge Hinkle’s order earlier this month, keeping the law in place.

In his order, Judge Hinkle blasted the state’s system in part because he said that those with felony convictions in some cases cannot determine how much money they actually owe.

For those people with felony convictions who aren’t certain if they still owe any money from their legal case (or how much), the League of Women Voters will be able to direct them to an attorney to help them discover if they have outstanding financial obligations that could prevent them voting.

Brigham says that the League gave their volunteers quizzes to ensure that they understand all the information that they will be sharing with former felons on the phone call (or in a postcard if phone numbers aren’t available).

“Since the legislation was passed and signed into law, we’ve been working with returning citizens all across the state to get them plugged into their communities (and) to get them registered to vote,” says Neil Volz, the deputy director with the Florida Rights Restoration Coalition (FRRC), the leading advocacy organization behind Amendment 4.

Around a year ago the FRRC created their fines and fees fund to help those with financial obligations who couldn’t pay an opportunity to still find a way to get their voting rights restored.  The group has worked with local clerks of the court and state attorneys to determine how much an individual still owes and has been able to pay off fines and fees in several jurisdictions (including in Hillsborough and Orange counties).

More Than A Vote, an organization started by NBA star LeBron James and other athletes and entertainers, announced last week that they would donate $100,000 to the Florida Rights Restoration fines and fees fund. That gesture was then matched by Orlando attorney/entrepreneur John Morgan.

“We believe that your right to vote shouldn’t depend upon whether or not you can pay to exercise it, which is why More Than A Vote is proud to partner with the Florida Rights Restoration Coalition to ensure that formerly incarcerated American citizens -- many of them Black and brown -- are able to pay their outstanding fines and fees and register to vote in the 2020 election and beyond,” said Miami Heat and More Than A Vote member Udonis Haslem in a written statement.

“We’re incredibly excited by the groundswell of support from the top to the bottom,” Volz says. “We’ve got people who are writing big checks, and we’ve got local re-entry programs and homeless shelters who are reaching out to us and ask, ‘how can we help?’”

Meanwhile, the next hearing in the continuing legal saga will take place at the U.S. Court of Appeals for the 11th Circuit in Atlanta on August 18. The deadline to register for the November election is on October 5.