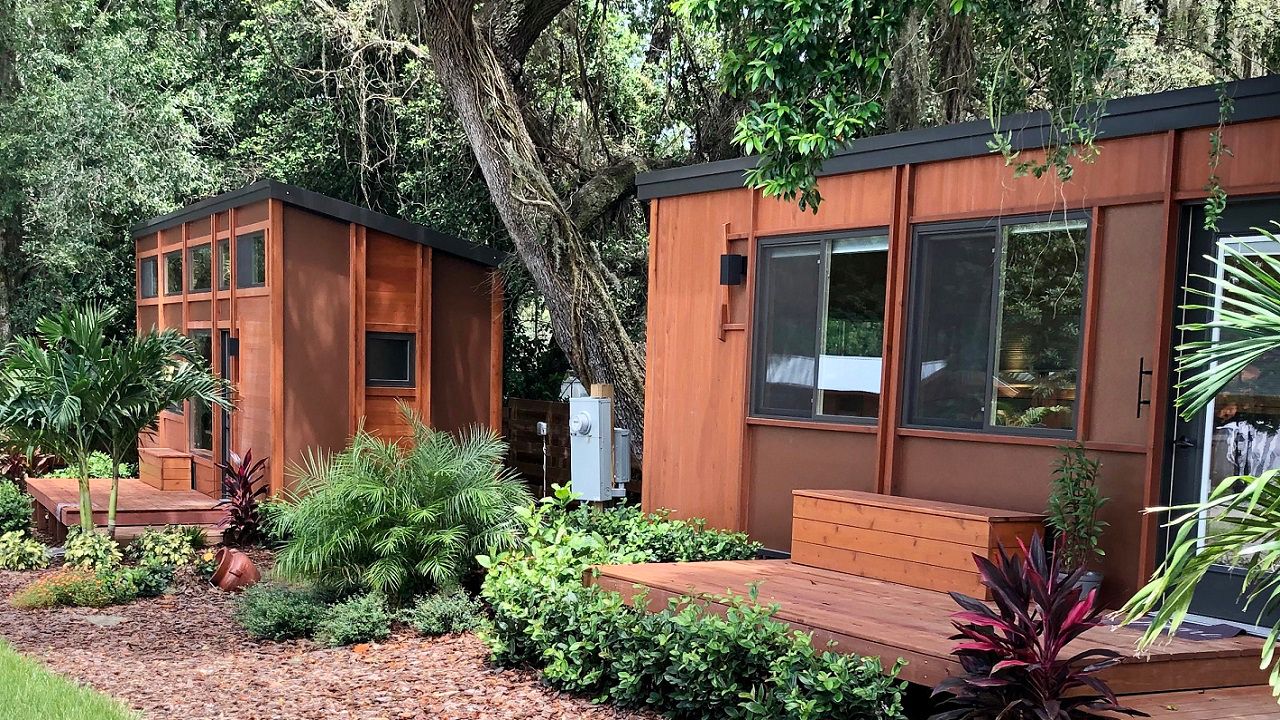 "Planning to expand to have 30 more," said Peterson. "The interest is growing."

Tim Mastic, 31, was the first resident to purchase a tiny home that he loves enormously.

"I have my living room, I have my office, bedroom, kitchen. I even have a little workout space inside of 388-square feet," he said. "It's more than enough for what I need. It's been fantastic so far."

The homes for sale range in size from 260-square-feet up to a whopping 650-square-feet. The prices range from $69K-to-$164K. The largest tiny home offers a 120-square-foot mother-in-law suite.

"You'll see how much work we've put into making them huge but look small from the outside," said Peterson. "The big windows inviting the outside in is always a big thing." A look inside one of the tiny homes. (Josh Rohas, Spectrum News staff)

Peterson said the homes are manufactured and towed from Wisconsin. The tiny homes have wheels and are considered RVs.

"They're built as strong as a house that you live in. Made of two-by-four's and two-by-six's," he said. "We've designed it to travel on a road on a trailer."

Tim said for people like him, it's very satisfying to downsize.

"It's definitely not for everyone," he said. "But give it a try because when you find out life's not about stuff, it really takes on a whole new meaning."