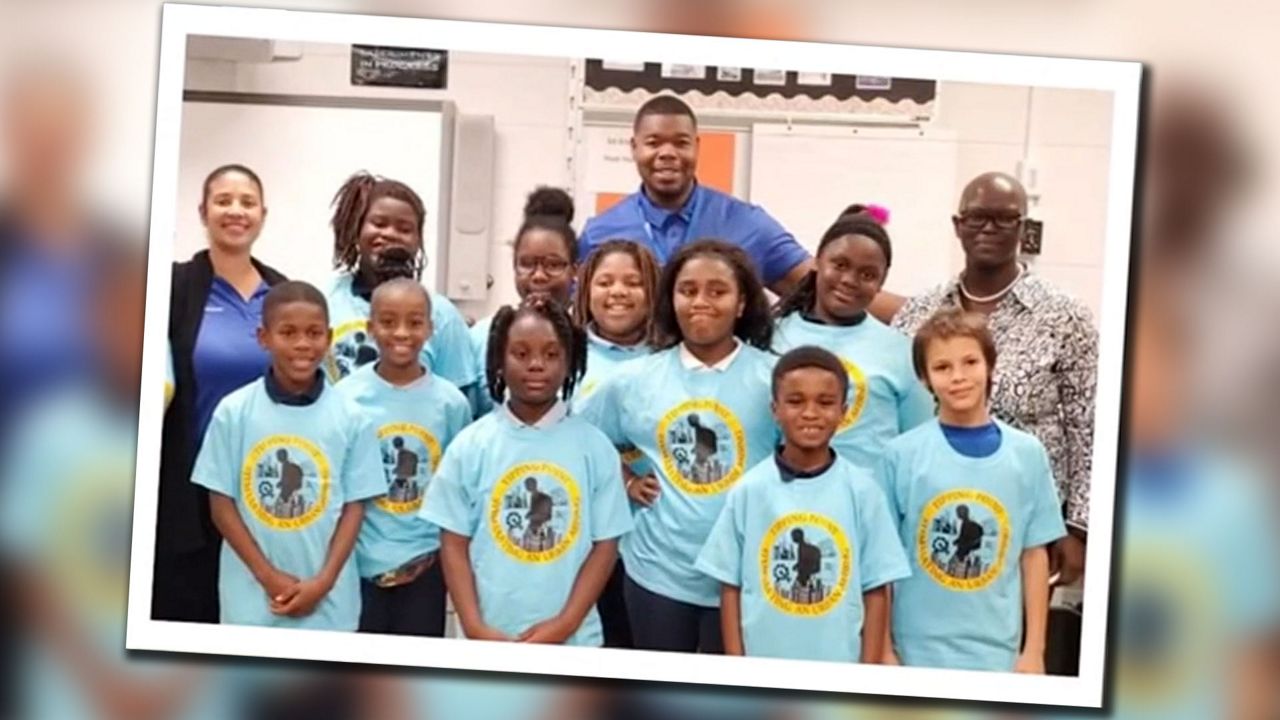 Justice For All: Lack of Black Male Educators in Bay Area Schools

PINELLAS COUNTY, Fla. -- With a lack of Black male teachers in the Bay Area, what's being done to increase those numbers and the benefits of having their representation in the classroom?


Thirteen year old Nia Kirkland says nothing will get in the way of her dream of becoming a teacher.

“Not most people want to be teachers because they say teachers don’t get paid enough -- you’re really not gonna be cut out for this. It’s like, well, once you think about it, you’re right, but if that’s their passion and they want to teach to help them out and they’re going to do it and push that to their limit," Kirkland said.

Kirkland's dream of becoming a teacher is more likely to happen compared to a boy her same age and race, according to state and local numbers.

It's a reality that Rafael Robinson knows first hand.

“Fortunately enough for me I went to the number one HBCU in the world, Florida A&M University College of Education. And we almost had a balanced class. There were a lot of African American males in my classes as I was matriculating through, so coming out Florida A&M and going into the actual system into the big world outside of college, I quickly found I was the minority and there was a small number of men in the field. Especially in primary,” Robinson explained.

In Pinellas County Schools, their recruiters have a goal to have at least 18 percent of Black educators over a ten year period. Right now, they're at a little more than 9 percent.

Those numbers may seem low, and experts say increasing them is vital.

“It’s two fold. We have a bridging the gap plan and our goal for diversity, increasing diversity in instructional staff is goal number six, which is part of our talent acquisition team’s goal. I just think its best practices. And you definitely need to go out there and get the best talent and diversify for your workforce,” Pinellas County Schools Manager of Talent Acquisition Debra Cucchara said.

According to the Florida Department of Education, during the 2019-2020 school year in Hillsborough County, black males made up 438 of the teaching staff compared to their white counterparts who made up more than 2,100.

In Polk County, during the same school year, black males made up only 238 out of more than 6,900 teachers in the county.

In Manatee County where there are more than 3,300 teachers, there were only 80 black male teachers.

Pinellas County had 145 black male teachers last school year, but their district, along with a few others, has seen a slight increase with this school year.

So why are those numbers still so low? USF College of Education Interim Assistant Associate Dean, Dr. Brenda Walker, said that question has a number of answers from lack of opportunity and access to something some may consider small.

"Sometimes there are micro aggressions on African American men and women, in both K-12 school systems as well as universities," Walker said. "There are ways that for people of color -- there are ways we are treated and it comes across very subtly, almost as if we’re invisible."

It's something Robinson said he's experienced in the 15 years he's taught second grade in Pinellas County.

"Sometimes I get the, 'Are you the coach? Or are you the janitor?' And you know, it isn’t until that child walks into my classroom and actually sees me standing in front instructing, that they soon realize, no, I’m the actual teacher," Robinson expressed.

It's that representation that Robinson, Dr. Walker, and Cucchara say is important to all students.

“It’s imperative. We all connect with what we know. There’s no way around it. Being a role model in the classroom, being able to be the person that children can model themselves after, being able to be a representation for a child it means the world," Robinson said.

In an effort to make the classroom a reflection of the world we live in, Cucchara said Pinellas County recruits teachers from historically black colleges, and is even considering the 'Call Me Mister Leadership and Developmental Program,' that helps bring more African American male educators to elementary schools.