The average peak of hurricane season has arrived

We've reached the official peak of the Atlantic hurricane season, but what does that mean?

Sept. 10 is a significant date on the meteorological calendar. Put simply, it's the date that has a named tropical system in the Atlantic the majority of years.

"[Sept. 10 is] just the day that's more likely that there is something out there anywhere," said Spectrum News Chief Meteorologist Mike Clay, based in Tampa. "It doesn't mean it is the most intense or the biggest threat or anything like that."

To Clay's point: Geography matters. Because the Atlantic Ocean spans more than 40 million square miles in size (and the Caribbean and Gulf of Mexico add another nearly two million square miles), a high number of tropical storms and/or hurricanes doesn't necessarily mean they're impacting land.

But, this is the time of year–and the specific date–most associated with the development of Atlantic tropical storms and hurricanes. 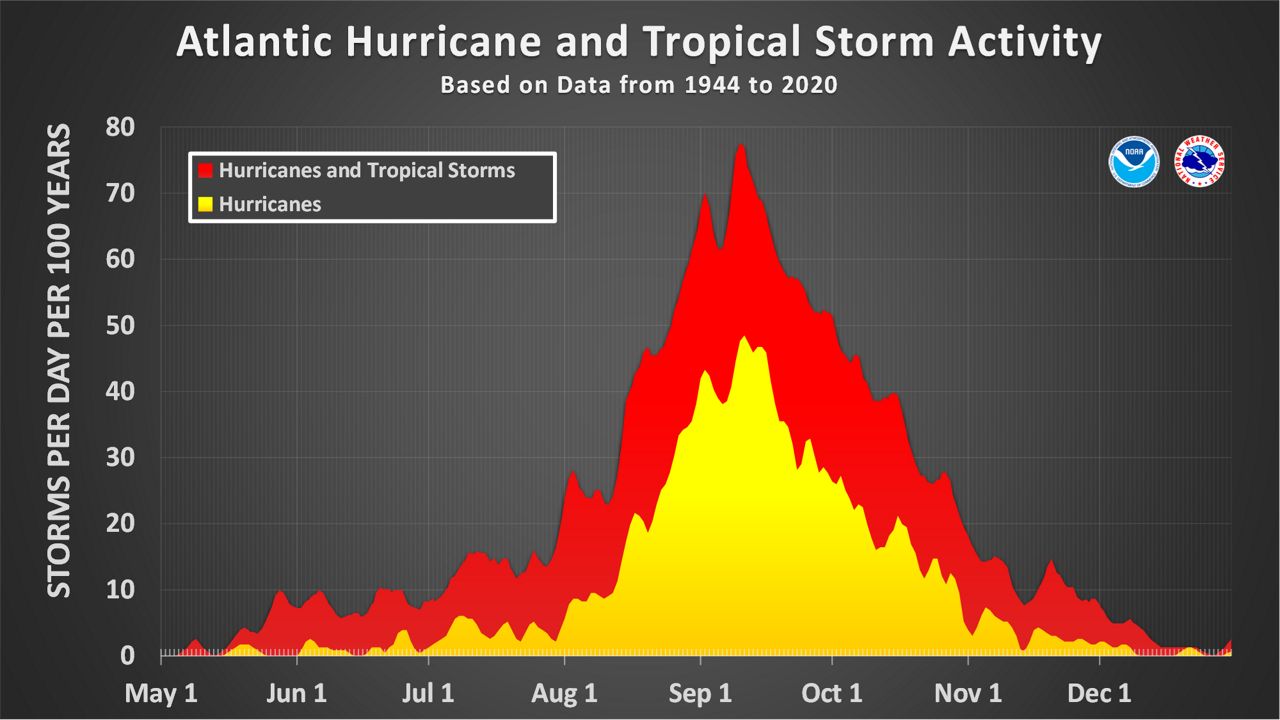 According to hurricane researcher Dr. Phil Klotzbach of Colorado State University, about 75% of Atlantic seasons have had at least one named storm on Sept. 10, and about 50% of years have at least one hurricane on that date.

Sept. 10 also represents the approximate midpoint of the Atlantic hurricane season, as well. The Atlantic's official season runs from June 1 through Nov. 30, but the busiest stretch is typically from mid-August through mid-October.

As a whole, September is usually home to the most and, often, some of the worst hurricanes in the Atlantic basin. Coupled with the steady string of thunderstorms rolling off the west coast of Africa and warm sea surface temperatures, September is known for harboring high numbers of tropical storms and hurricanes.

So with the peak of hurricane season upon us–and even if it wasn't–make sure you're prepared in case a hurricane heads your direction.