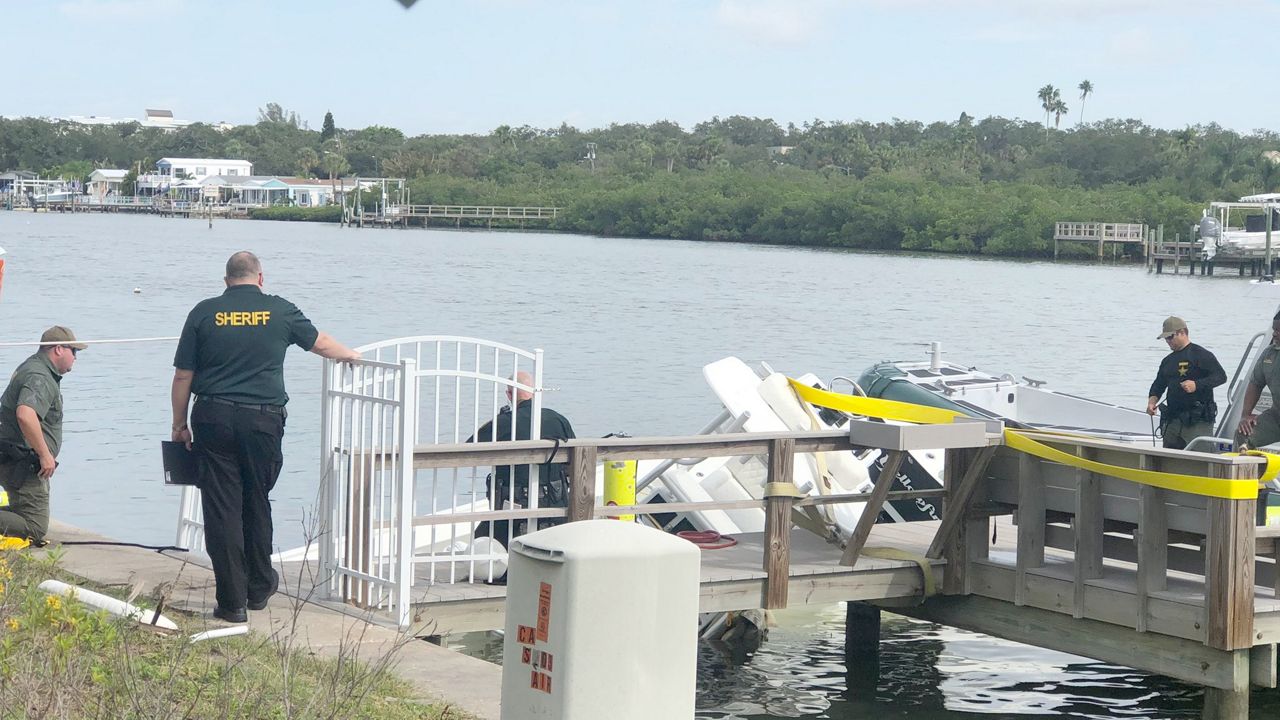 The crash happened at about 12:30 a.m. in the area of marker 28 in the Intercoastal Waterway in Indian Shores, a statement from the Sheriff's Office said.

The boat, carrying seven juveniles, including the 16-year-old driver, departed from a party in the Treasure Island area at about 12:15 a.m., investigators said.

"(The driver) brought the vessel on plane and was traveling at a high rate of speed, exceeding the no-wake requirement for that area," the Sheriff's Office statement said. "The vessel struck a metal mile marker, causing all seven passengers to be ejected from the boat in the water."

Six of the juveniles were located, but the seventh, Rachael Herring, was missing, investigators said.

"Deputies on scene were able to use a phone app to locate Rachel approximately one-half mile south of the crash site floating in the water," the Sheriff's Office statement said. "She was pronounced deceased on the scene."

While there was reportedly alcohol on the boat, the 16-year-old driver did not show any signs of being impaired, investigators said.

No one on the boat was wearing a life jacket at the time of the crash, deputies said.

The medical examiner has not yet officially determined Herring's cause of death.

The 16-year-old driver was arrested and taken to the Pinellas Juvenile Assessment Center where he was charged with vessel homicide.

Heartbreaking scene in Indian Shores... deputies say a group of teens were presumed to be speeding on this boat Halloween night— and crashed. All were thrown off the boat, now one 16 yr old girl is dead. #bn9Pinellas @BN9 pic.twitter.com/YtxbJgNNX3