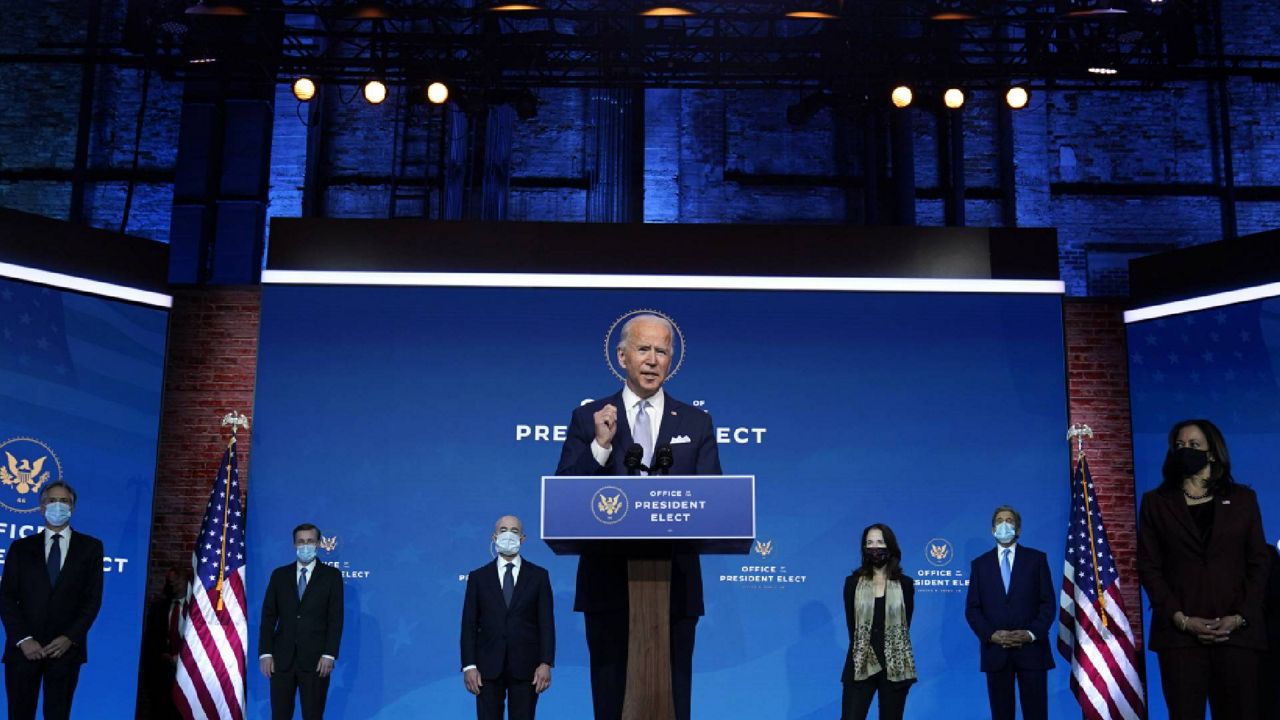 Expert: Republican Senators May Block Biden's Cabinet Nominees Just Because They Can

WASHINGTON — President-elect Joe Biden is pushing the Senate to begin confirmation hearings for his cabinet picks in the coming weeks. However, the path to confirmation for Biden’s nominees remains unclear with control of the U.S. Senate hanging in the balance.

A pair of runoff races in Georgia will determine which party controls the Senate in 2021. Regardless, it appears likely Biden’s nominees will face a more contentious confirmation process than when they served in the Obama Administration.

“He’s being purposeful in appointing or naming really experienced careerists that have held these jobs before. A lot of times they have been confirmed by the Senate before for these other jobs,” said Dr. Casey Burgat, a professor with The George Washington University Graduate School of Political Management.

Senate Republicans will hold a lot of power in confirming or denying Biden’s nominees, regardless of which party controls the chamber after runoff elections in Georgia. Some within the party may be looking for payback after Democrats slowed the process for many of President Donald Trump’s nominees.

“I assume there’s going to be retribution just for retribution sake, to say that you voted no against our nominees, therefore, no matter who you put forward, we are going to vote no against your nominees,” Burgat explained in a Zoom interview with Spectrum News.

"It’s this escalation of rancor in the Senate, who has traditionally given wide latitude to the President and his picks,” he added.

While the majority of key Republican Senators are staying quiet, some like Florida Sen. Marco Rubio are pushing back, calling the nominees “caretakers of America’s decline.”

“Rubio is definitely planting a flag, at least sending a signal to Biden and his team, that give us centrist, moderate, middle of the road folks if you want to have your cabinet staffed in a timely manner,” Burgat said.

Cabinet selections for incoming president’s have historically been granted hearings ahead of inauguration day. However, the timeline now is in flux, with some Republicans still reluctant to publicly acknowledge Biden as the winner of the election.

“I assume that after the electoral college meets in early December, that will be this breaking point of what not to contest anymore," Burgat said. "Then, things can move pretty quick."

Alejandro Mayorkas, nominated to become homeland security secretary, likely faces the toughest path to confirmation. He was narrowly confirmed without any Republican support in 2013 to his post as deputy secretary at DHS.