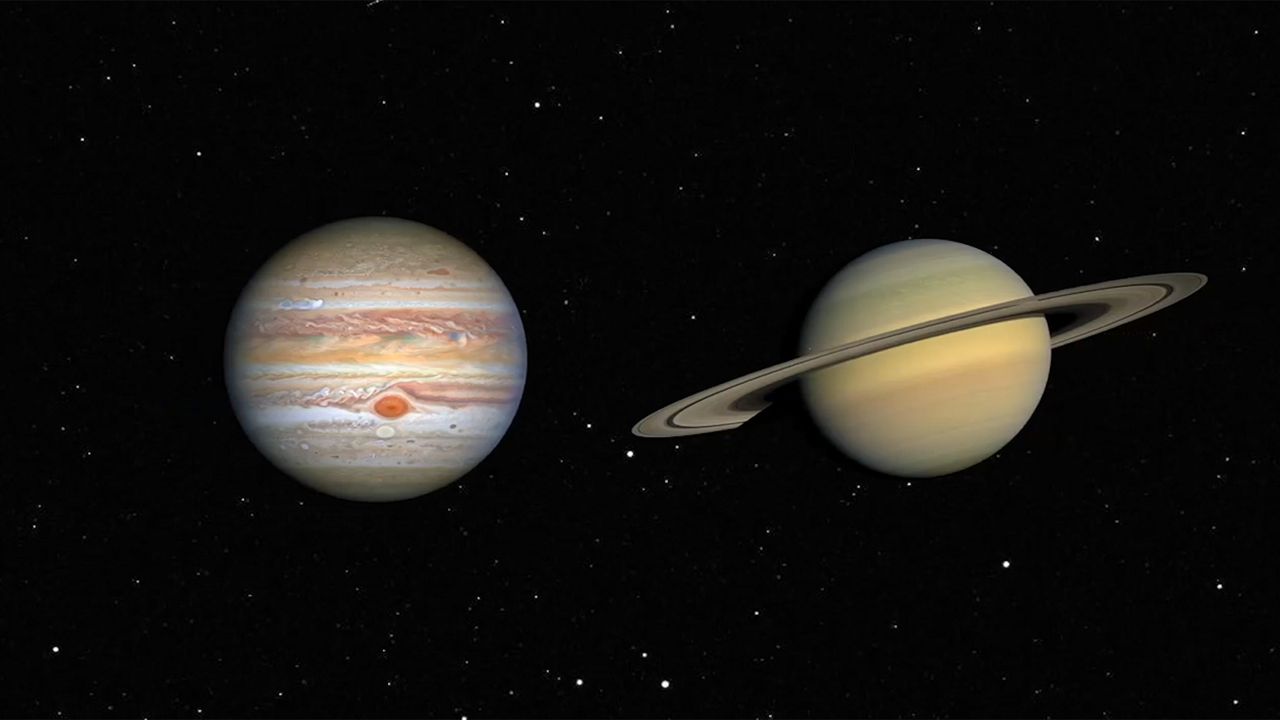 When Saturn and Jupiter line up in the night sky on December 21, they will create a "Christmas star," which hasn't been seen since the 1600s. (NASA photo illustration)

A once-in-a-lifetime celestial event, centuries in the making, will soon shine bright in the night sky.

His studies involve learning and researching about the Gas Giant's atmosphere.

But tonight, the buzz will be about where Jupiter's orbit takes it around the sun and where it appears to us next to its solar system neighbor, Saturn.

"Four hundred years ago, it was behind the sun, so no one could see it," Sanker said. "So the last time people saw this was 800 years ago."

He's talking about the "Christmas star," in which the two huge planets come so close as viewed from Earth that they appear as one very bright light in the night sky.

Jupiter and Saturn align every 20 years, but tonight's alignment is special — it hasn't been seen since the days of the earliest astronomers in the 1600s. 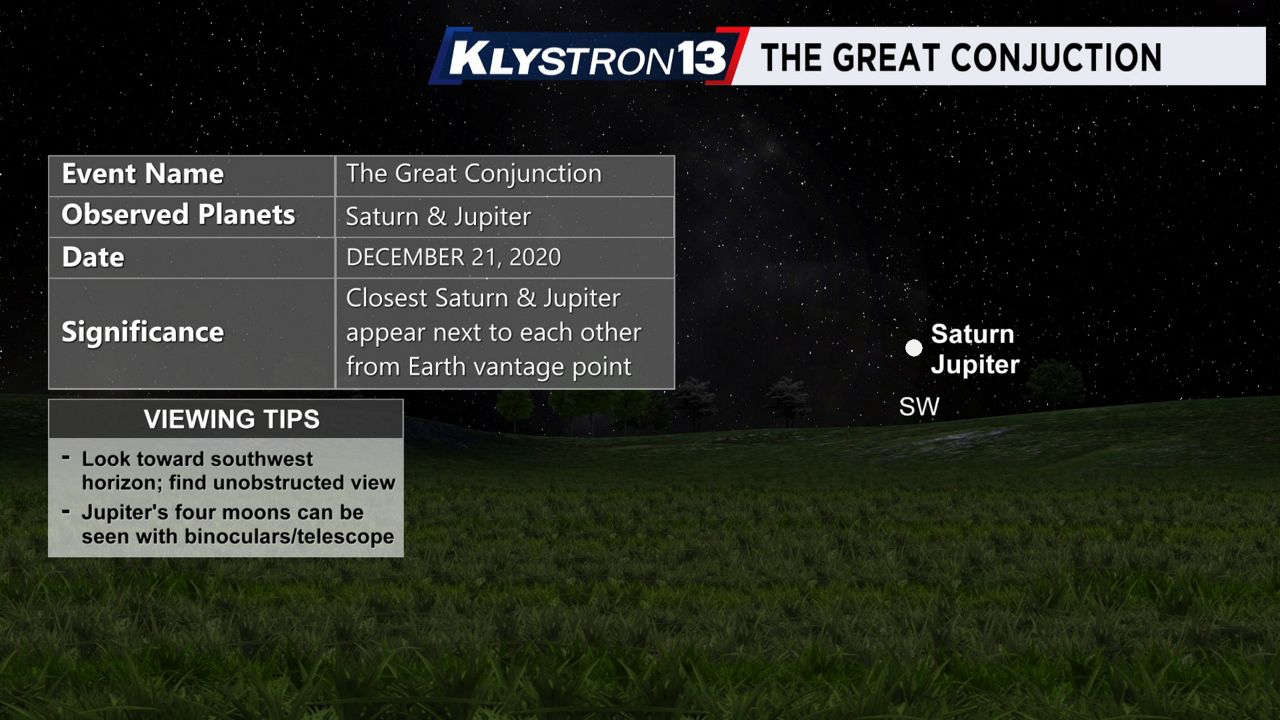 "In reality, they are still thousands and thousands of miles apart, but from our point of view, they actually look like a binary star," Florida Tech Olin Observatory Director Saida Caballero-Nieves said.

The once-in-a-lifetime opportunity is something Caballero-Nieves hopes her students, space enthusiasts, and future astronomers will grab onto when the event happens December 21.

If skies are clear, you should be able to see it with the naked eye. But a pair of binoculars or a telescope might reveal much more, including the moons of Jupiter.

This "great conjunction," as scientists call it, is perfect for Sanker, who wants to go into the astronomy field. Plus, this chance to see a "bright spot" in a year of lows couldn't time out better.

"It's nice this is one thing that can bring it all together, around the world," he said.

The next time the Christmas star will be visible from Earth is the year 2080. 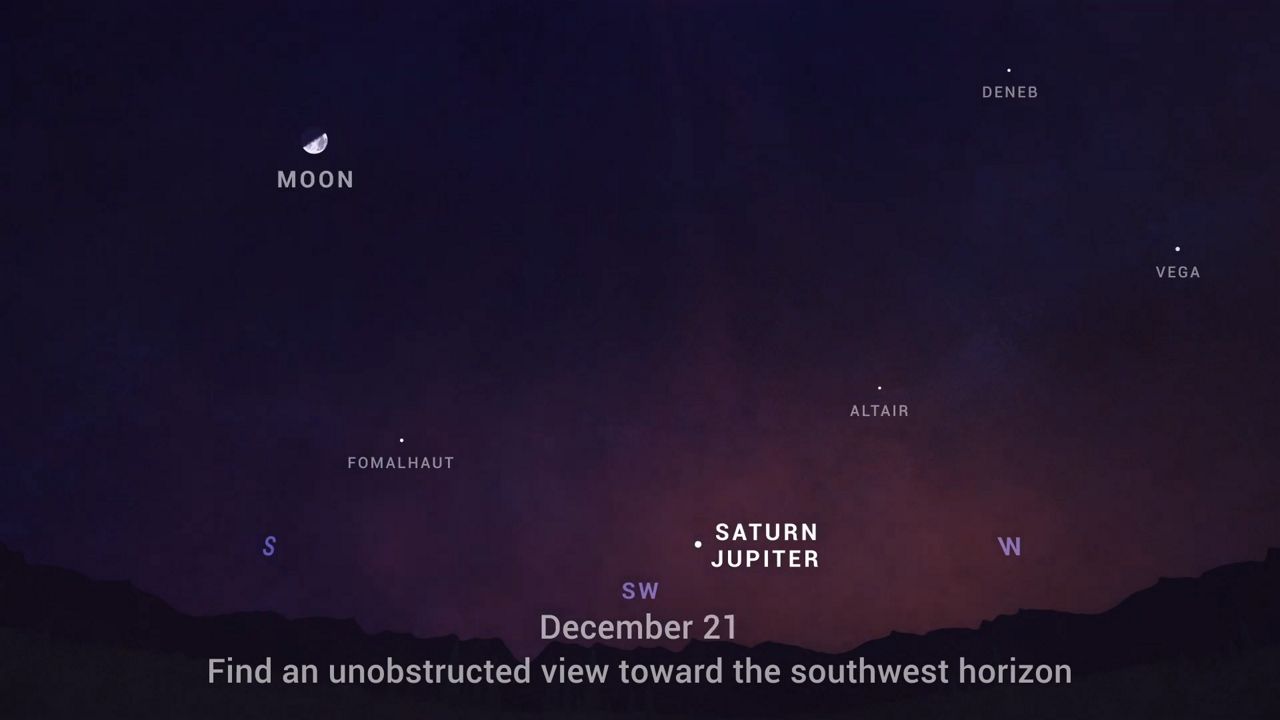