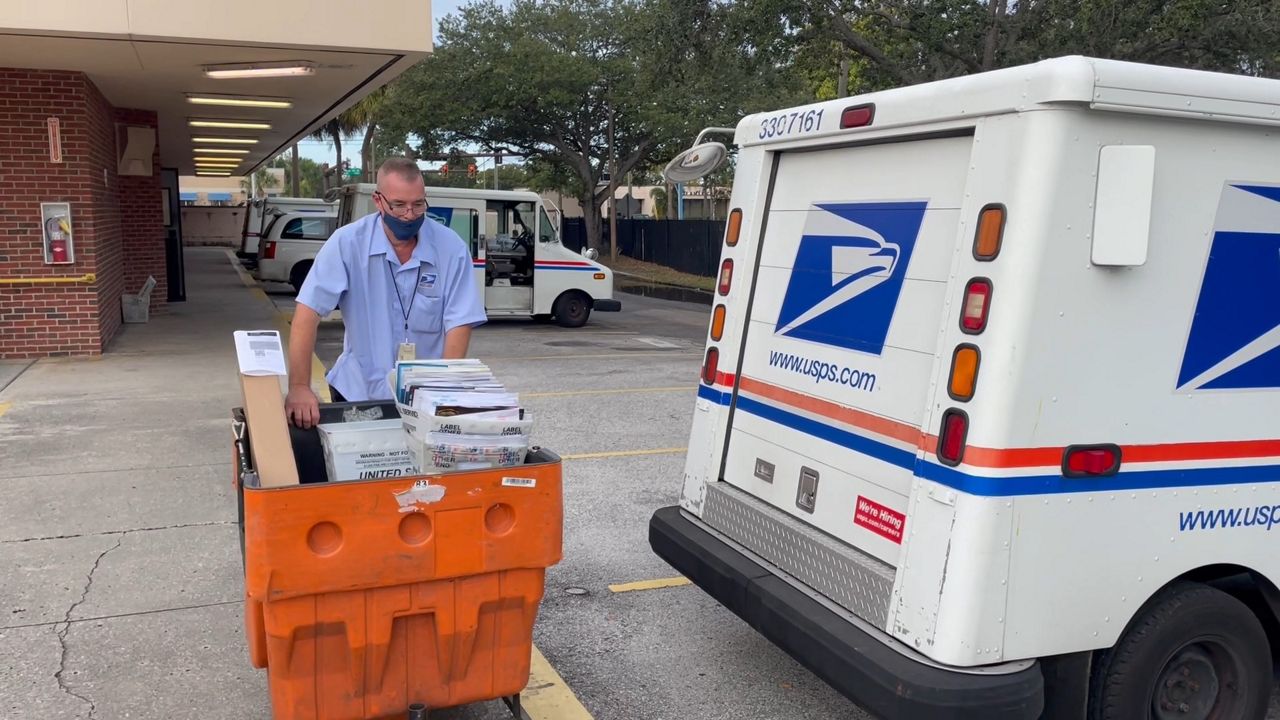 ST. PETERSBURG, Fla. – The post office has been busier this year, with more people shopping online.

Bob Smolka has been a letter carrier for more than 20 years, and with more people shopping online now than ever before, he’s putting in a lot more work day-in and day-out to make sure each packages and letters arrive at a timely manner.

“It’s been really, really busy this year and we have to take a lot more protection,” Smolka said.

Before starting his route, sometimes as early as 6 a.m., he sanitizes his truck.

“We’re taking out the large packages between 6 and 8 a.m. and come back, start our route and do more package delivery as they come in throughout the day,” he added.

Smolka also mentioned that for the past several weeks he’s been working six days, sometimes even seven.

“It is a voluntary thing,” he said. “You can be on a 40-hour list or you can be on overtime list and I chose to work all the hours I can because I have a family of five and I enjoy bringing in a little extra money for the kids, and seeing residents eyes light up when their packages arrive.”

This holiday season, it’s certainly more important to make sure you know the shipping cutoff date to make sure all your letters arrive by Christmas.