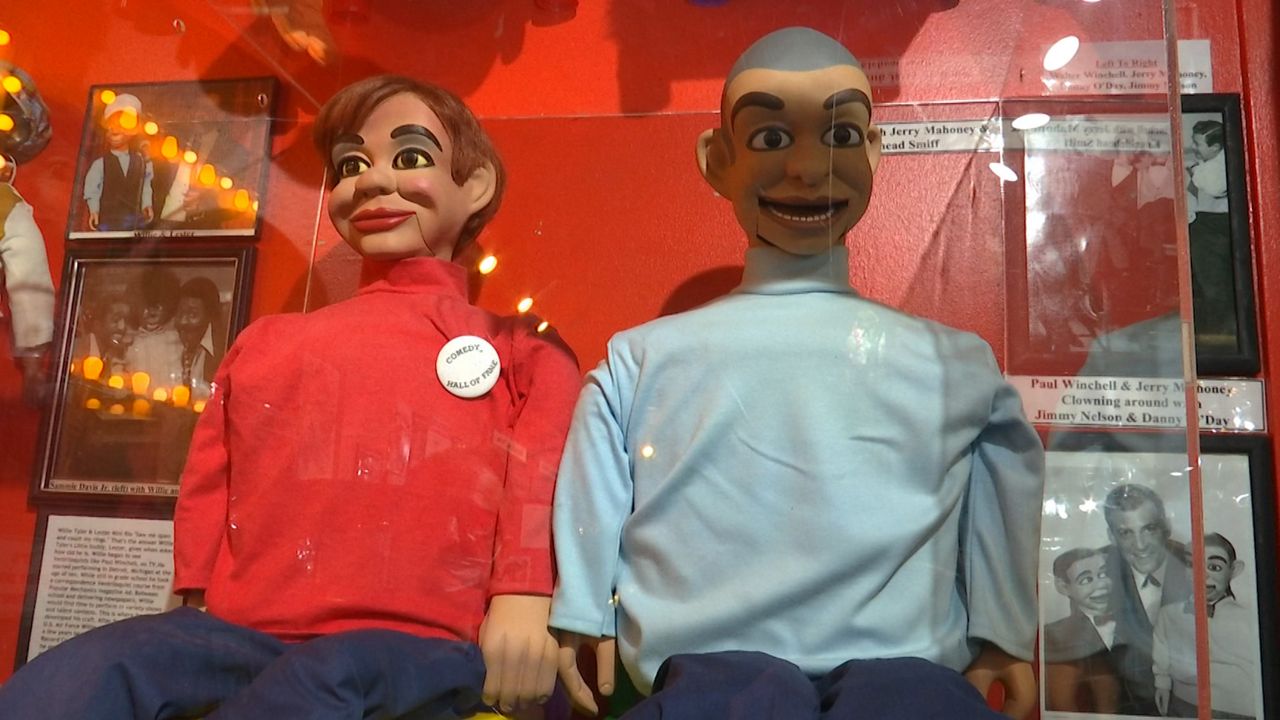 The museum is open from Thursday to Sunday. It’s located on US 19 and Darlington Road in Holiday. (Tim Wronka/Spectrum Bay News 9)

You can find those at the National Comedy Hall of Fame Museum, which is located on US 19 in Holiday.

If it happened in comedy, museum president Tony Belmont can tell you all about it.

It went from a touring attraction to a more permanent home at the beginning of this year.

“We opened up terrific. People started coming. I knew they would,” Belmont said.

But then came the pandemic and they were forced to close.

The pandemic has made it very hard on museums, like The National Comedy Hall of Fame (@ComedyFame). It moved to Holiday, FL earlier this year. I took a tour and learned a lot! They're hoping for more community support to keep going. In 2020, we can all use a laugh! @BN9 pic.twitter.com/yN85hX6Ggy

Even after reopening, planned bus tours and events aren’t happening during the COVID-19 pandemic.

“It’s been hard,” said museum manager Amanda Cattel. “Like most museums in Florida, we’ve been struggling since we had to cancel the events and all of the group tours.”

Through it all, Belmont is determined to stay open, believing in the stories the museum can tell.

“We have to keep this stuff going. Some comedy is timeless,” Belmont said.

The museum offers comedy history from the beginning of time. They work with the families of the most well-known comedians like Abbot & Costello, Jack Benny, Robin Williams and others to have some of their memorabilia on display.

The hall of fame itself is a who’s who in comedy, from Charlie Chaplin to George Carlin.

Belmont has big plans for the museum, including future induction ceremonies, comedy shows and classes. He’s also hoping for some community support along the way.

“Laughter is probably the best thing in the whole world. This is the home of laughter. This is the comedy hall of fame,” Belmont said.

The museum is open from Thursday to Sunday. It’s located on US 19 and Darlington Road in Holiday. For more information, visit https://nationalcomedyhalloffame.com/