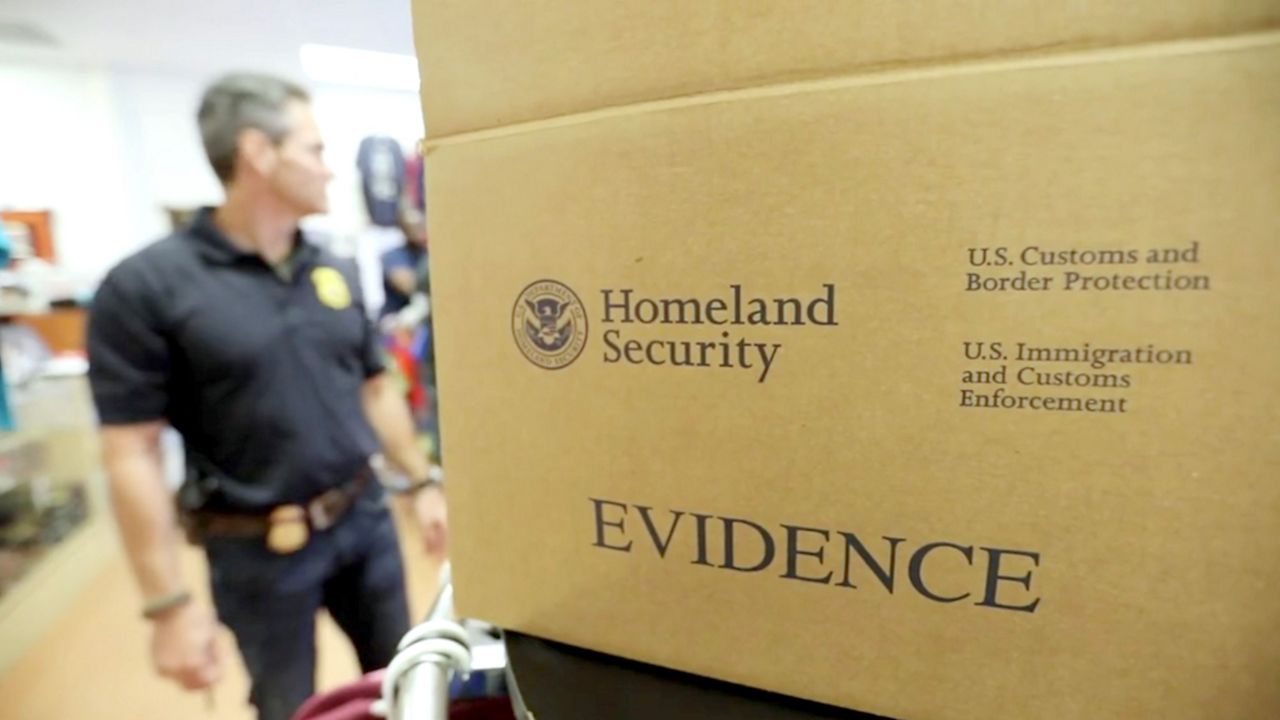 Law Enforcement on the Lookout for Counterfeit Tickets, Merchandise Ahead of the Super Bowl

TAMPA, Fla. — The Tampa Bay Buccaneers are facing off on their home field for the Super Bowl.

It’s something that’s never happened before, and because of that law enforcement officials say they’re also expecting certain crimes to increase like they’ve never seen before.

“Given the fact that the Bucs are the hometown team and the Super Bowl is here, we do anticipate a significant spike in the number of seizures we’ll encounter,” said Homeland Security Investigations Acting Special Agent in Charge, Kevin Sibley. “While I think we already had a very good plan in place with our law enforcement partners, we do need to prepare for more seizures and potentially more arrests as a result of the Bucs being in the Super Bowl.”

Sibley said it’s all about demand. When you combine the local demand for team merchandise with demand for that same team playing in the super bowl at home well, the list of possible fraud increases.

“We’re talking everything from people who are going to attempt to sell you a counterfeit ticket to the game for thousands of dollars, to counterfeit NFL branded merchandise. T-shirts, hats, jerseys, masks. We’ve been seeing a lot of that,” he said.

They warn that counterfeit is serious crime that he says goes far beyond the football field.

“The reality is most of the profit from counterfeiting doesn’t stay here with the guy in the pop up tent," Sibley said. "It’s going to a criminal organization typically overseas mostly in China, and or going to support terrorist organizations."

There are some ways to protect yourself as a consumer. Sibley said if you don’t buy from a reputable sporting good store or website sites like NFL.com or the Bucs official website, you risk paying for something that’s counterfeit — something that isn’t good quality, or worse, may be made with harmful dyes.

If you think you have been scammed or duped by a counterfeiter, you’re urged to contact law enforcement. Law enforcement officials say their goal is to get those criminals off the streets and get your money back. But they said that can sometimes be difficult because many of the criminal organizations normally operate in other countries.