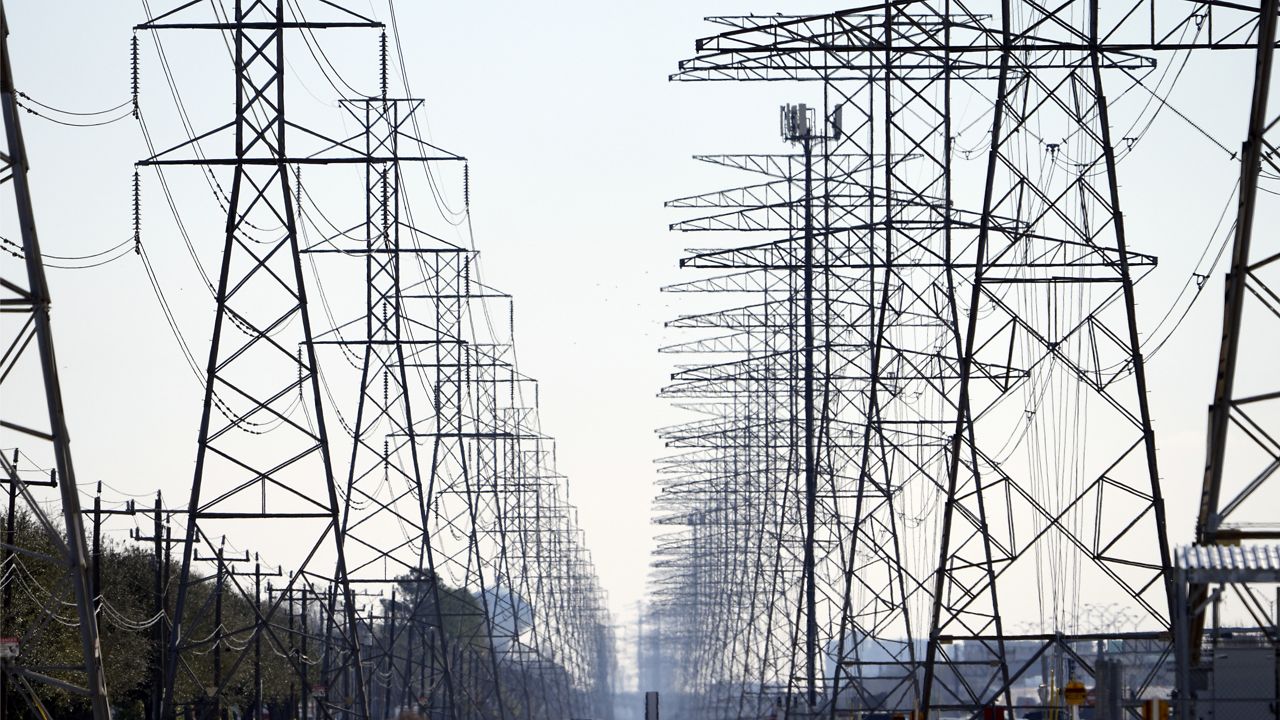 More than 4 million people in Texas still had no power a full day after historic snowfall and single-digit temperatures created a surge of demand for electricity to warm up homes unaccustomed to such extreme lows, buckling the state's power grid and causing widespread blackouts. (AP Photo/David J. Phillip)

Texas is a Huge Energy Producer. So Why Are Millions Without Power?

TEXAS — Millions of Texans remain without heat and electricity as temperatures plunge below freezing across the state. More winter weather is on the way, and many Texans who have been without heat since early Monday morning are scrambling to find alternative shelter.

The power loss has many in Texas and the nation questioning why the world’s third-biggest gas producer hasn’t been able to keep all its residents’ lights on and houses heated.

What happened to Texas' power grid?

Meanwhile, power suppliers to the state’s grid were knocked offline as the weather wreaked havoc on their operating systems. Freezing temperatures battered gas lines and coal suppliers, which were the bulk of the suppliers who went offline. Wind turbines collected ice and had to be shut down.

With fewer power sources feeding the grid, supply could not keep up with the surge in demand, so the operator of the state’s electric grid, the Electric Reliability Council of Texas, or ERCOT, instructed electricity distributors across its network to begin rotating power outages to its customers, except in places feeding power to critical facilities, such as hospitals, fire stations and water treatment plants.

Those rolling outages were supposed to last about 10 to 45 minutes each. But by Tuesday afternoon, millions were still without power in heat in Texas with no end in sight to the blackouts.

“Everything happened at once, but there was no single point failure,” said Michael Webber, the deputy director of the University of Texas at Austin’s Energy Institute. “The simplest explanation is that supply and demand got out of balance. The demand is quite high because of heating, and the supply is constrained by failures in the system and because of the weather.”

Weather-related power outages happen in other places, and that isn’t unusual.

What's different in Texas is “how widespread this is and also that it's happening in the energy capital of the world,” Webber said.

Texas is the third largest gas producer in the world after Russia and the United States.

“For a state so abundant in energy, to have energy shortages seems more striking than for a state that depends on others to run out of energy,” Webber said.

Texas is on its own power grid. What does that mean?

Texas’ ERCOT power grid is one of three in the Lower 48 states. While the two other grids, the Eastern Interconnection, the Western Interconnection, cover huge swaths of the country, ERCOT covers about 90% of Texas. El Paso, parts of the northern Panhandle, and some eastern Texas regions are not part of ERCOT and get their energy from one of the other two U.S. power grids.

ERCOT’s responsibility is to manage grid reliability and to coordinate with the various power distributors and power generators across the state. Because it does not provide power across state lines, the Federal Energy Regulatory Commission has no jurisdiction over ERCOT.

“The question is probably as political more than anything else,” said Carey King, a research scientist at The University of Texas at Austin and the assistant director at the Energy Institute.

“The historical reason of why EROCT doesn't cross state lines is specifically designed to avoid being regulated by the federal government,” he said. “That's why Texas doesn't do it, because Texas doesn't like to be under federal regulations.”

Talk of having ERCOT join with other grids is not unheard of, however, Webber said.

As the week’s power outages continue, there may be renewed calls to discuss bringing Texas’ power grid in line with one of the other grids in order to mitigate power shortages like Texas saw this week with supplies from other states.

Texas consumes a lot of power during the hot and humid months. Why don't we see massive power shortages then?

This is somewhat easier to answer. Texas temperatures in the summer can be well over 100 for days and weeks at a time, and the humidity in the southern parts can drive even the heartiest heat lover inside to seek relief in the air conditioning. For many months of the year, air conditioning is a way of life across the state.

During the peak summer heat, power demand can be 70 gigawatts, King said.

Because the state expects hot and humid weather during the summer months, ERCOT can plan ahead for supply distribution and avoid rotating blackouts. Another factor is key here, too: Hot weather does not affect power suppliers to the grid the way this week’s winter storm has impacted those suppliers, throwing them offline and reducing supply, King said.

What can be done to avoid this in the future?

Gov. Greg Abbot said Tuesday that reforming ERCOT should be a top priority of the legislative session, which began on Jan. 12.

“The Electric Reliability Council of Texas has been anything but reliable over the past 48 hours,” Abbott wrote in a statement Tuesday afternoon. “Reviewing the preparations and decisions by ERCOT is an emergency item so we can get a full picture of what caused this problem and find long-term solutions.”

Texas Speaker of the House Dade Phelan wants the Legislature to hold hearings on statewide blackouts. Houston Mayor Sylvester Turner had called for an investigation into why “we are where we are today.”

Could some of this have been avoided? Or at least not been as devastating to so many Texans still living without heat and power?

Webber of the University of Texas at Austin argued that while this weeks’ storm was more powerful than what Texas has seen in many decades, the power shortages were not unprecedented. Ten years ago on Feb. 8, 2011, the state had a cold snap that caused ERCOT to demand power distributors to conduct rotating outages in parts of Texas.

After that experience, lessons were learned about how the state could prepare for a similar winter weather emergency, Webber said.

What happened in 2011 was roughly about 36 hours, not what could be days on end as ERCOT announced Tuesday that it could not predict when the power supply would be back in balance with demand.

"It's a tremendous breakdown in the system and this is one that's been coming many years," Ed Hirs, professor of energy economics at the University of Houston, said in an interview on Capital Tonight. "You can't have generators receiving wholesale prices that are less than the actual cost of providing generation. And so our generators did not reinvest, they neglected to keep their equipment up and failed to winterize."