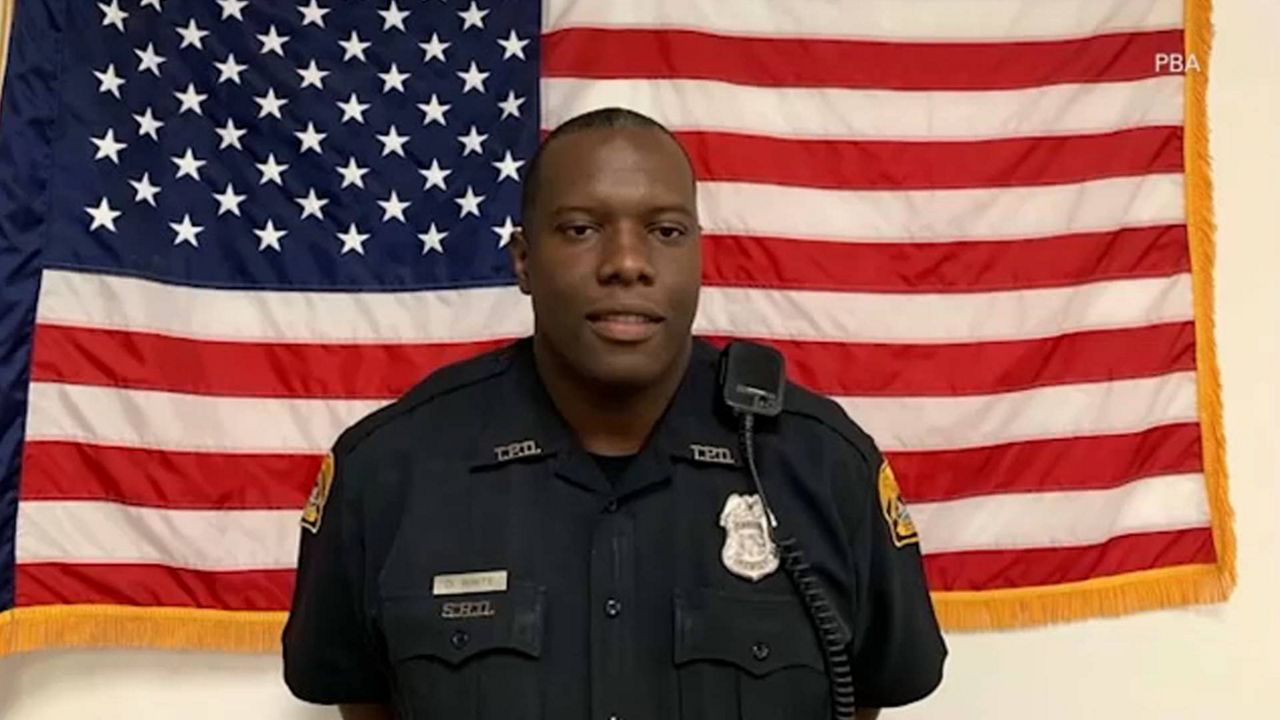 Delvin White, a Black police officer, was fired Tuesday after Tampa Police say he used a racial slur while wearing his body camera.


"Every day that I go to work and not one kid gets shot or stabbed that means I've done my job," you can hear Officer White say while talking on the phone November 13, 2020.

Officer White was doing his job when Tampa Police say his body-worn camera captured the 8-year veteran of the department using the racial slur.

Officer White can later be heard saying it while talking with a loved one on the phone.

Tampa Police say while under investigation, Officer White informed his supervisor about another incident on November 30 when he used the language during an arrest.

White, most recently assigned as a School Resource Officer at Middleton High School, was terminated Tuesday for violations of policy that prohibit discriminatory conduct.

"Derogatory statements made by police officers jeopardize the trust that our department works to establish with our community," said Tampa Police Chief Brian Dugan.

Robin Lockett with Florida Rising agrees with some punishment but says firing took it too far.

"That word used in our community is normal," said Lockett. "I was surprised that it was done and I'm disappointed because of him being a poster child of them cleaning up the system."

Lockett says it's a slap in the face to the Black community.

"Don't mess his career up because of this, because of what he has proven is culture," said Lockett.

"He's talking calm to his wife or whoever he was talking to and then he says the same thing when that kid ruffled his feathers."

The Tampa Police Benevolent Association is filing a grievance, working to get Officer White his job back, saying: "The facts in the Delvin White matter do not reflect an act or any intent that warrants the punishment he received for his alleged transgression."

Citizens have reached out to TPD supporting Officer White, praising his character and contributions.

"Tampa police officers are held to a higher standard and incidents like this negatively impact the entire law enforcement profession," said Chief Dugan.

The City of Tampa Personnel Manual B1.2 Discriminatory Conduct states, in part, that "violation of this policy shall be grounds for immediate dismissal in the absence of extenuating circumstances."