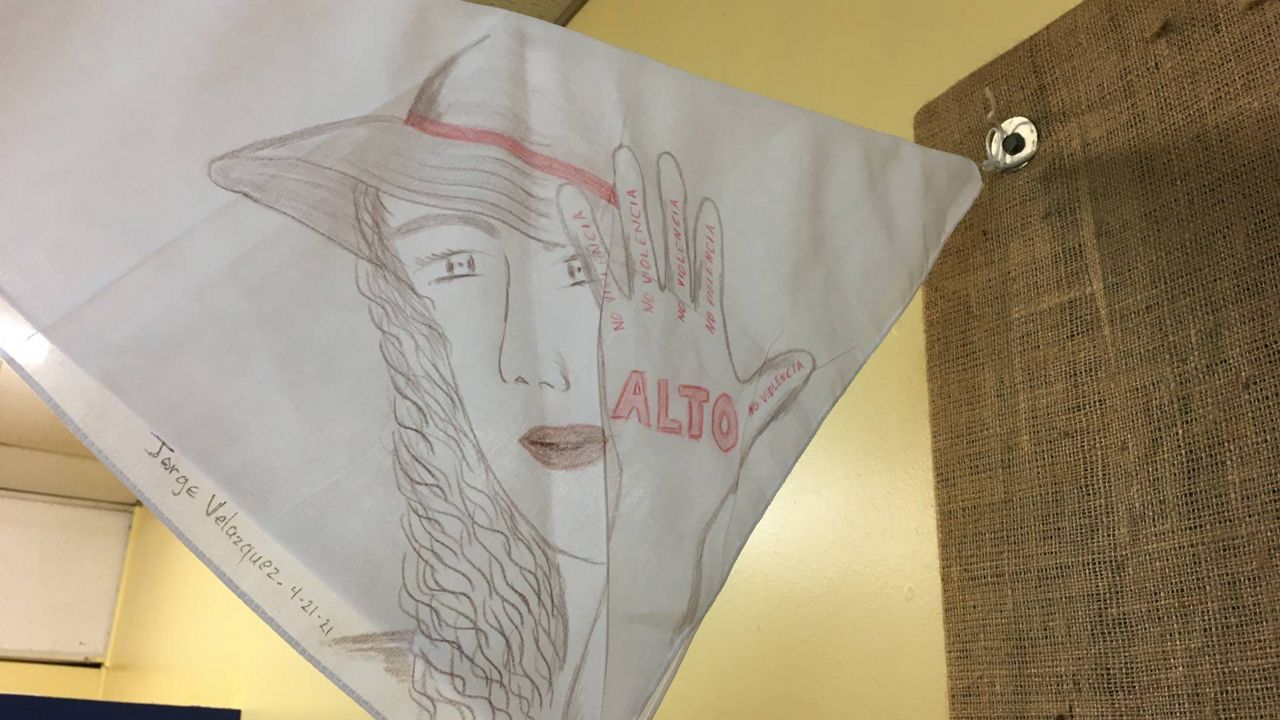 The Beth-El Farmworker Ministry is taking part in the Bandana Project, a nationwide campaign shedding light on sexual violence against farmworker women.


The Beth-El Farmworker Ministry is taking part in the Bandana Project, a nationwide campaign shedding light on sexual violence against farmworker women.

“The bandanas, the women use for several reasons. To hide their identity that they are women so that they are not targeted for sexual assault, also to protect them from the chemicals, from the sun,” said the ministry’s executive administrative assistant Rosalva Serrano.

Community members are invited to pick up a blank white bandana at the ministry and decorate it with pictures and words of encouragement so they can put it on display to raise awareness.

Farmworker advocates say it’s something a lot of women choose not to speak up about.

“It’s something very bad happening to them but then they have to choose whether they’re at home crying or go work and bring food to the table,” Serrano said.

You have until April 27 to pick up a bandana, take it home, and decorate it however you like.

On April 28, some of them will be handed out to local farmworker women, followed by a prayer vigil.

The rest will be left on display to show support.