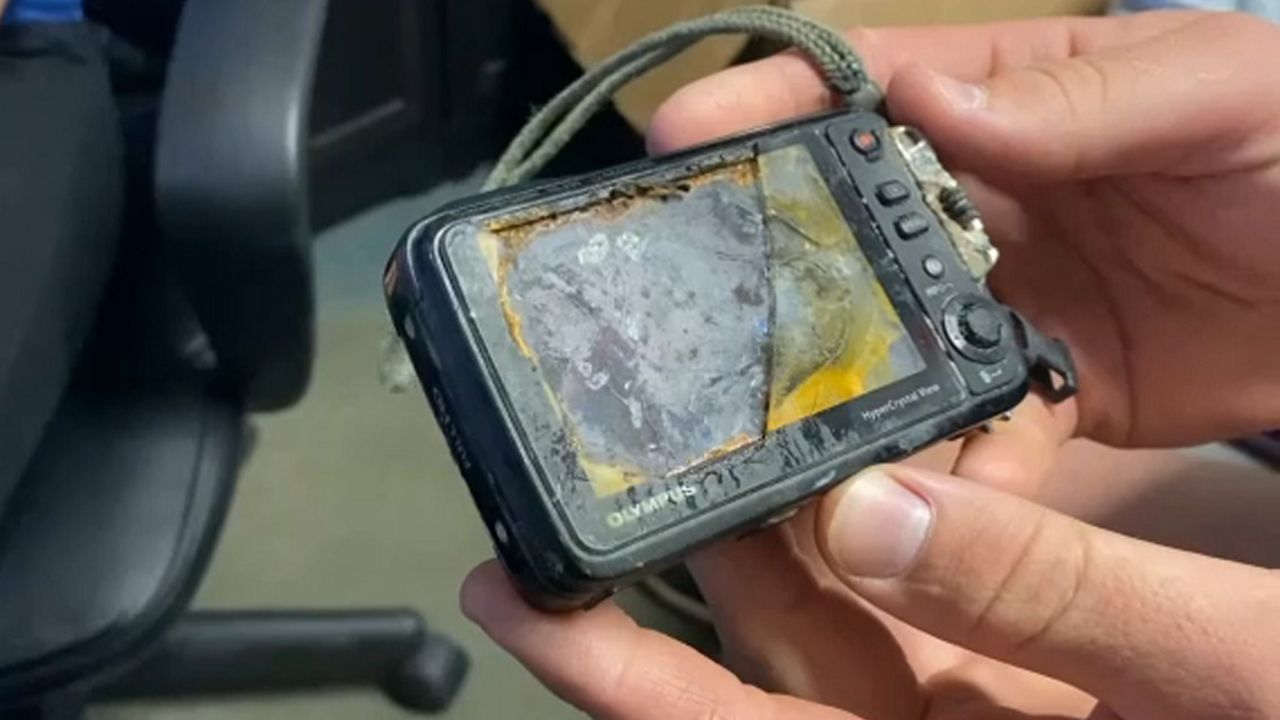 A Facebook post that went viral reunited a family in North Carolina with the memory-filled digital camera they lost several years ago in Crystal River.

Seven years, to be exact — that’s how long the Olympus camera had been in Kings Bay.

Dustin Molina just so happened to see it while out on a manatee tour. “I’m watching this manatee eat, and that pretty much leads me to a camera just sitting there in the sands,” he recalled.

The camera looked worse for wear, but Molina and his coworkers at the Plantation Adventure Center in Crystal River started looking through the memory card.

“There’s 2,380 pictures on this,” he said, “And it wasn’t just pictures of visiting Crystal River, kayaking or what-not. There’s pictures from numerous family vacations with this family.”

The pictures date back to 2012, so the team set out to look for the owners.

Thousands of Facebook shares and hundreds of comments finally led them to the family in the photos.

“We come to Florida all the time and enjoy all that Florida has to offer,” Stephens told Spectrum Bay News 9.

Stephens said she knows exactly where in the river they dropped it, and they searched an hour with no luck.

“This was our first time paddle boarding,” she said. “We always wanted to try it, and it was a beautiful day. And as soon as we got out there, we saw maybe 8-10 manatees come around and in my excitement, I did not have the little wrist strap attached to the little waterproof camera, and it slipped in the water.”

The Stephens plan to make a trip down to Florida in a few weeks for Lori’s 60th birthday and will be reunited with their camera. She said she couldn’t be more thankful for everyone who came together to make sure her memories were not lost forever.