The monks live on the grounds and follow strict rules. For instance, they can only eat two meals a day. And they have to eat before noon time. (Dalia Dangerfield/Spectrum Bay News 9)

Every morning and every night at 8 o’clock, a strike of the gong echoes through the Thai Temple off of Palm River Road in Tampa.


Then, robed in the color of saffron, Buddhist monks bow in front of Buddha and begin an hour of chanting and meditation.

With the help of an interpreter, three of the monks spoke about the chanting, about life, and about the history of the temple.

Called the Wat Mongkolratanaram, the ornate complex was first built in 1981 for a growing Asian population. The temple was sponsored by the King of Thailand. This month marks the 40th anniversary of the dedication of a Thai temple in Tampa.

Donations and a weekly Sunday market help to pay for religious activities while keeping the bills paid. But this year has been a financial challenge because of the pandemic. For a while, the market and temple were temporarily shut down to visitors. Recently volunteers started a drive-thru service to keep the Sunday market going.

May is Asian American - Pacific Islander Heritage Month. So honored to learn more about the culture at Thai Temple in Tampa. We joined the monks for morning service. @BN9 pic.twitter.com/QdlL0mBBcV

“They donate the money for electric bill, everything, the temple can run but it’s not good,” said Thai monk Thiti Saingam.

The monks live on the grounds and follow strict rules.

For instance, they can only eat two meals a day. And they have to eat before noon time. The monks shave their heads as a sign of religious devotion. They are in Tampa as part of Thailand’s missionary program.

Each in their 20s, the monks shared their own stories at the Thai Temple. Thana Chintanam laughed while saying he was a little hot-tempered before becoming a monk.

“Now I have a peaceful mind,” said Thana Chintanam. 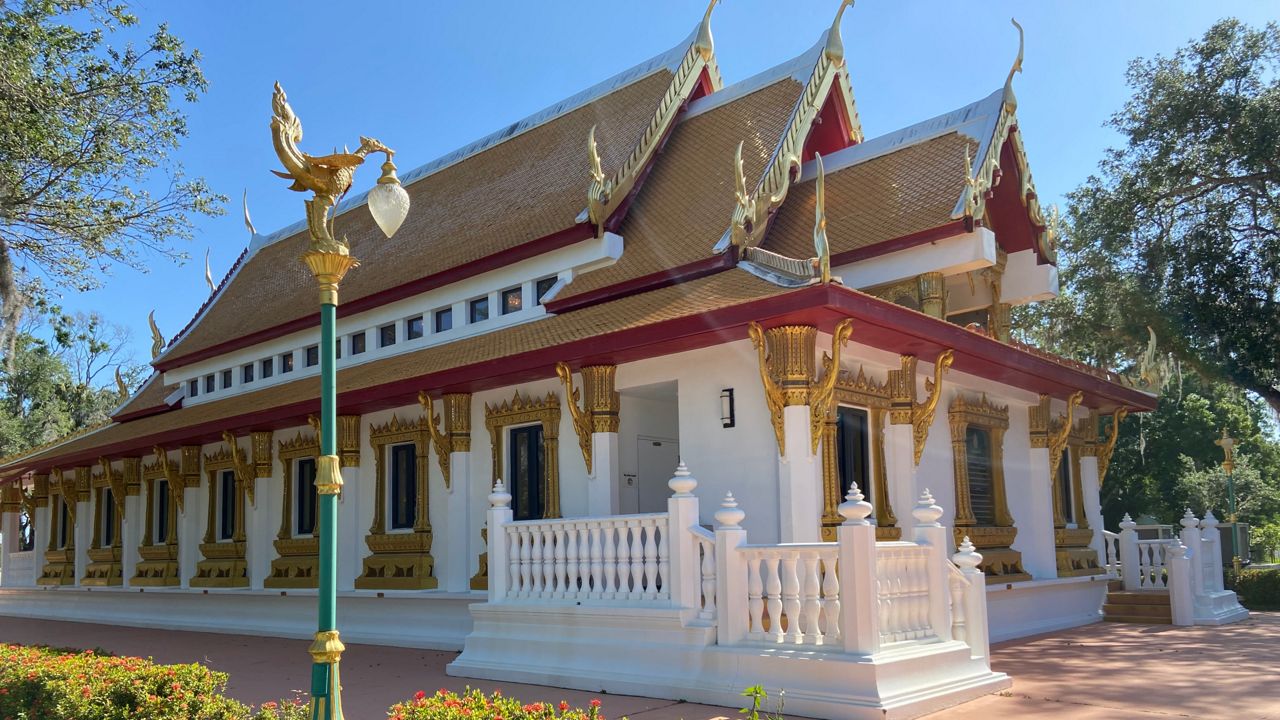 Called the Wat Mongkolratanaram, the ornate complex was first built in 1981 for a growing Asian population. (Dalia Dangerfield/Spectrum Bay News 9)

They’re a close-knit group. And together, the mission is to spread the word about their Buddhist faith.

“One, don’t do the bad things,” Suphat Kongkham said. “Two, let's do the good things for you and everybody, and three, positive thinking and make your mind peaceful.”

The monks said they’re committed to spreading the power of positivity and reflection throughout the Bay Area.

For more information about the Thai temple in Tampa and the drive-thru Sunday market, click here.