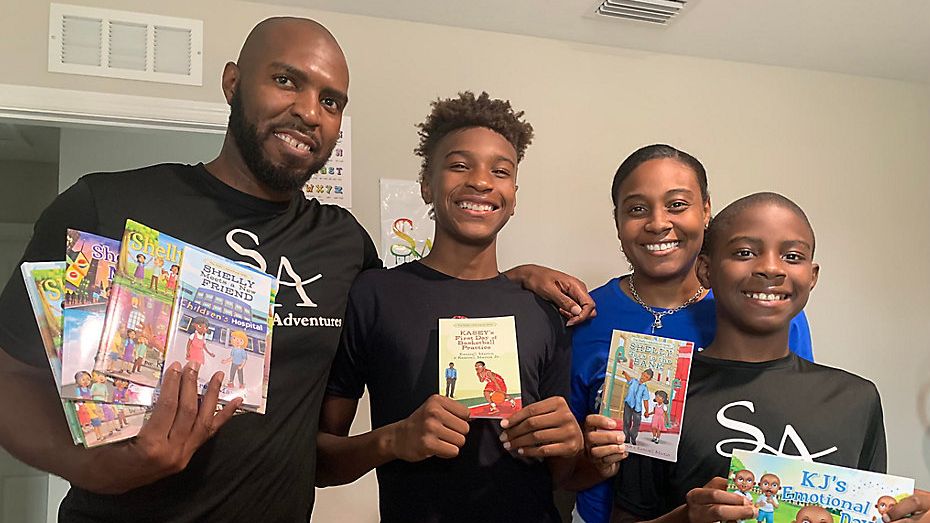 TAMPA - Many small business suffered a blow from the pandemic, but few can say they have an investor in none other than the Queen B -- Beyonce.

"I was a winner of one of her grants," said Kentrell Martin.

Martin, the best-selling author of Shelly's Adventures, a series for deaf communities, was granted $10,000 through Beyonce's Beygood Foundation and the NAACP.

"I checked my emails and saw it and I had to re-read it," adds Martin.

His business was inspired by his older brother who is deaf and wanting to fill a void of lacking resources.

Before the pandemic, he says he was visiting 150 schools across the country which paused during lockdown.

Martin's books not only cater to the hearing-impaired, but teach everyone American Sign Language.

He also launched an ASL Network.

Martin's is one of more than 700 businesses that received the bail out money.

It's the financial boost he says he needed to keep improving awareness of deaf culture in all communities.

"It started off with sign language, but Shelly's Adventures has evolved into so much more including diversity. Just being able to introduce diverse characters into schools," added Martin.

In 2022, Martin plans to expand Shelly's Adventures into a stage play.

The company also earned a $7,500 grant from PayPal.

Many small businesses suffered a blow from the pandemic, but few can say they have an investor in the Queen B @Beyonce . #ShellysAdventures ASL author @kentrellmartin was granted $10,000. @BN9 @NAACP @BeyGood #AmericanSignLanguage #Beyhive pic.twitter.com/5GBEJwZqzP