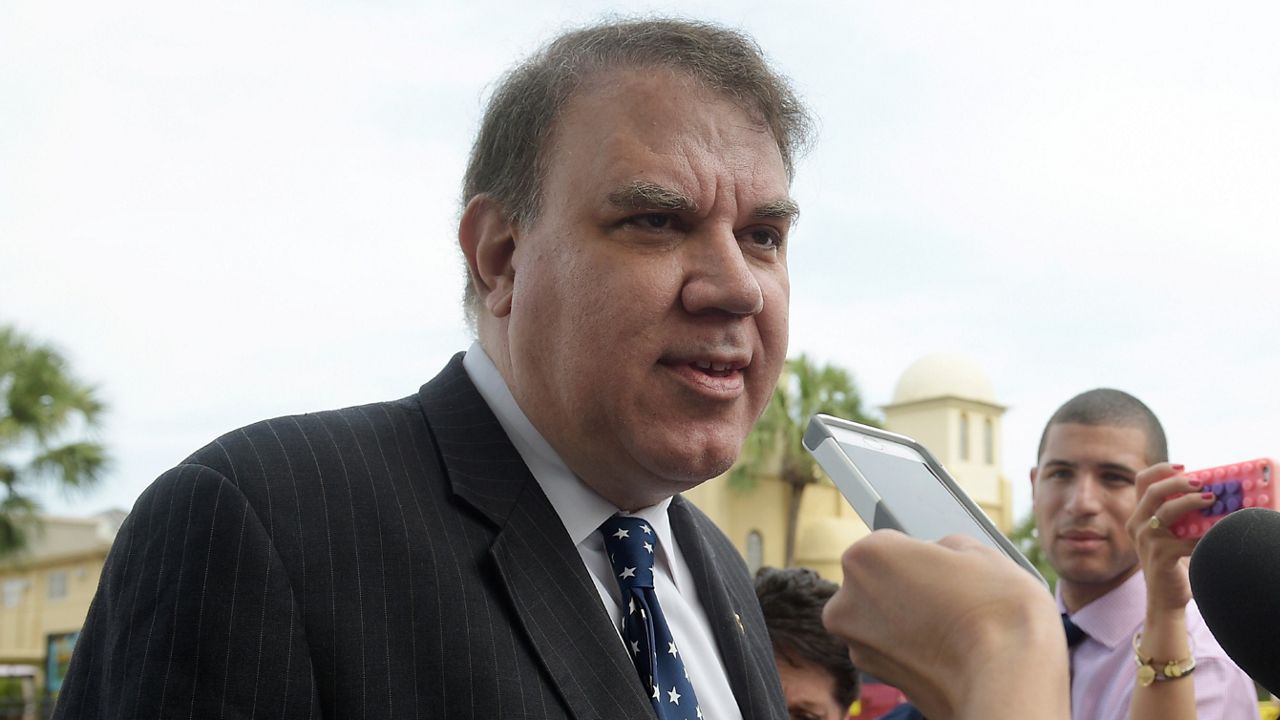 While the race for the Democratic Party nomination for governor has already begun, no major Democrat has yet to announce their candidacy for the other big seat in Florida politics in 2022 – the U.S. Senate seat currently held by Republican Marco Rubio.

That will change soon.

Orlando-area Congresswoman Stephanie Murphy intends to announce her candidacy in early June, Axios reported last week. A campaign spokesperson for Murphy says that “Rep. Murphy has not made a decision on whether to run for U.S. Senate.”

And Politico reported on Tuesday that Congresswoman Val Demings is now looking at a run for the Senate, as well.

Another Orange County-area Democrat who says he is seriously considering a run for the senate is former U.S. Rep. Alan Grayson, who tells Spectrum News he’s right now actively “seeing if there’s enough support” for a candidacy.

Part of his platform for a U.S. Senate run would include expanding Medicare to cover exams, treatments and medical devices for eyes, ears and teeth, which are currently excluded. He also wants to “make sure that public college is free” and legalize recreational marijuana.

The question is: is there really enough support in the Democratic Party now for the former congressman to win the nomination?

His last two runs for federal office weren’t competitive. Grayson lost the 2016 Democratic U.S. Senate primary to Congressman Patrick Murphy by more than 40 points, and his 2018 comeback bid to Congress in Florida’s 9th Congressional District was thwarted by fellow Democrat Darren Soto, who defeated him by more than 32 points.

Grayson attributes both defeats in part on how the Democratic Party establishment abandoned him in both races. In his 2016 loss to Murphy, that included President Obama and prominent Senate Democrats like Chuck Schumer and Harry Reid. At one point, Reid reportedly told Grayson, “I want you to lose.”

University of Central Florida political science professor Aubrey Jewett says Grayson brings strengths and weaknesses to the race if he were to enter it.

“When he was in Congress, he was actually very effective in passing legislation,” Jewett says.
“If you look statistically, the bills that he sponsored or amendments that he sponsored he actually had a very good track record of getting through. And he also has a national profile and can raise money. The progressive wing of the party, at least at one time, just really loved him because he was very outspoken and was a very able defender of progressive principals.”

But Jewett says Grayson’s “bombastic” personality, and the 2014 accusations from his ex-wife about domestic violence, have “really undercut him as a candidate.”

Grayson has always strongly denied those allegations of abuse, and he insists that those published reports did not contribute to either of his losses in 2016 and 2018.

It hasn’t been an easy year for the former U.S. Rep. His home in Windemere was destroyed by a fire in March, but he says he’s just grateful that nobody in the house was hurt.

Susan Smith was the president of the Democratic Progressive Caucus of Florida in 2016 when the group endorsed Grayson over Murphy, but she now says she’ll never support him again. Smith said in a text message that she felt burned by Grayson in 2016, saying “his only goal was to take down the party and not to win. He never even tried to run a campaign.”

Smith isn’t a fan of Murphy either, saying that she fears she would end up voting like Joe Manchin, the moderate Democratic Senator from West Virginia. Instead, Smith is hoping that Congresswoman Val Demings runs for the Senate seat.

Demings confirmed to MSNBC’s Jonathan Capehart last month that she is considering a run for higher office but did not say whether that would be for the U.S. Senate or the governor’s mansion.