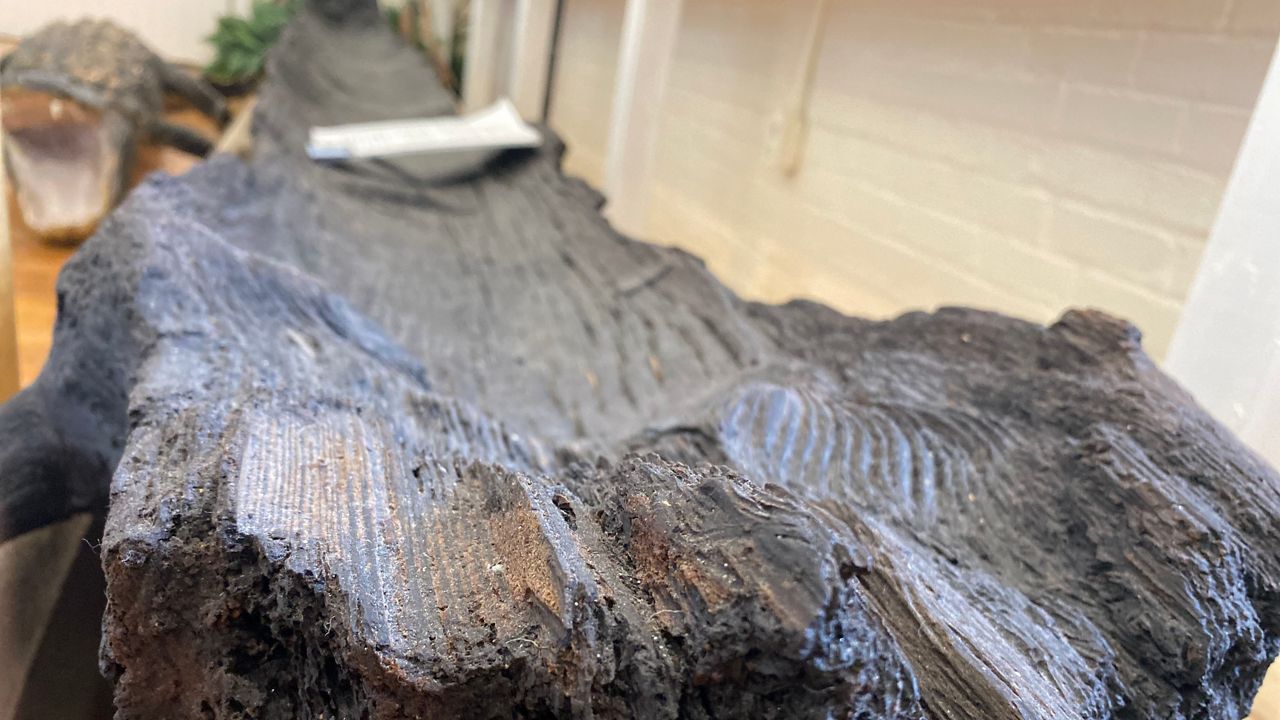 “Our state archeologist estimates this is about 1,000 years old,” said Lake Wales History Museum curator, Bartholomew Delcamp. “They had to soak it in resin for a year to preserve it because when it was taken out of the water by a fisherman, it started to fall apart.”


Florida has over 30,000 lakes spanning over millions of acres of land. Polk County has over 500 lakes and over the years rich history has been discovered at the bottom of them.

“[This canoe is] about 21 feet long and we think it would have held about seven Native Americans at the time,” said Delcamp. “They would cut down cypress trees and hold them over fire to soften the bark enough to carve out the canoe shape.”

“Florida has more dug out canoes than any other place in the world.”

Delcamp said that Polk County was home to many Native Americans before the Spanish settlement.

“In the 1820s the Seminole tribes actually moved through the area and all of Polk County was a Seminole reservation until the war when they were pushed further south into the everglades,” he explained. “Originally we had two native tribes in the area. They were here for several thousand years until the Spanish came and those two tribes died off from disease.”

Experts say canoes were used for many things but mainly to survive.

“For Native Americans the lakes were the lifeblood of the community,” said Delcamp. “Everything you needed was on the lakes — freshwater, fishing, hunting. Back then the land was so swampy that the easiest way to travel was a dug-out canoe.”

Among the 1,000-year-old canoe, Lake Wales History Museum is home to hundreds of other historical artifacts that give us an up-close look at how far we’ve come.

“I believe it’s important because it helps to connect us with our history and our roots and they always say you don’t know where you’re going if you don’t know where you came from,” said Delcamp. “I really think it's important that we recognize that the Florida we live in today would be nothing if it wasn’t for these people who lived here hundreds of years ago and helped get us where we are today.”

Lake Wales History museum was the city’s main train station. Over the years the museum has transitioned into an eclectic place where people can come and enjoy their historical exhibits.​