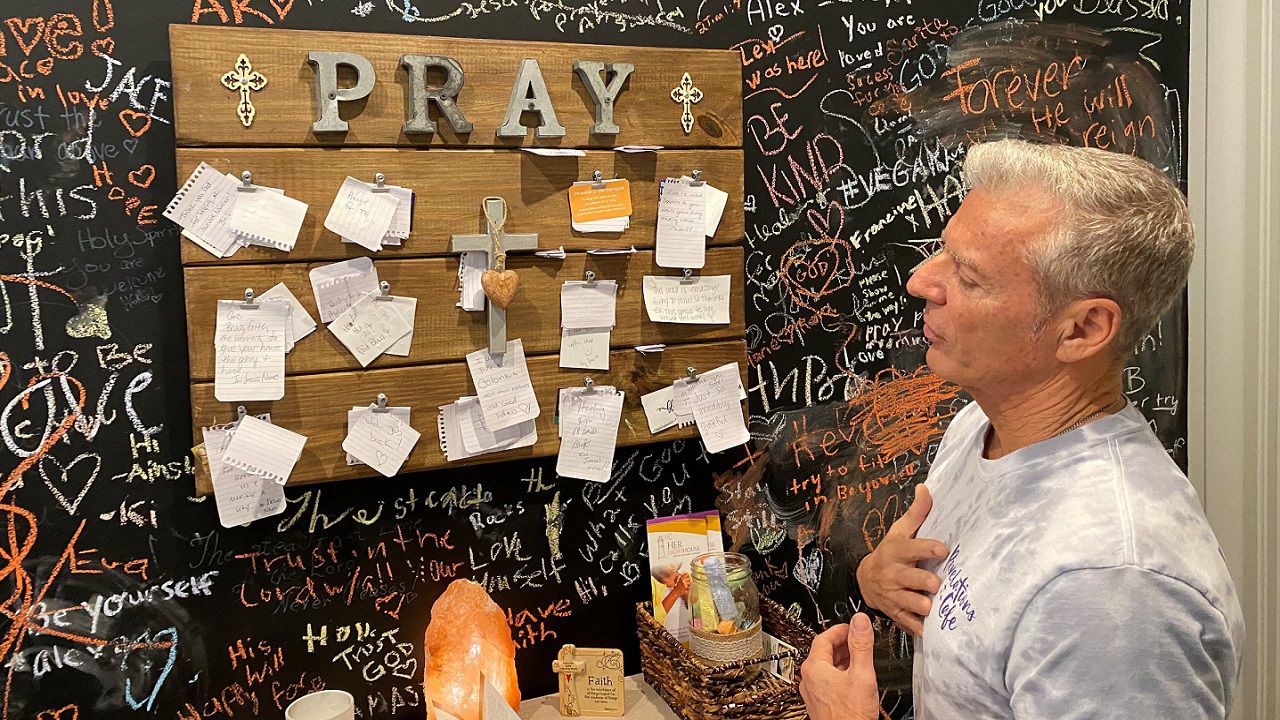 “That’s the premise of Revelations Cafe is to serve others and do it in a loving fashion," said Robby Graham, co-owner of the cafe.

“This is our prayer wall and we have a lot of scriptures that are written on the board as well as prayer requests," says Graham as he shows the prayer wall inside the restaurant. "This is the actual prayer clippings where people will actually have a piece of paper where people can take and write their prayer request on the wall.”

Robby's wife and co-owner of the cafe, Mia Revello-Graham says she had a premonition to give people a place to lift spirits and offer hope.

She and her husband know what it's like to lose that hope.

"I was injured in an accident and I got on pain medication and the next thing I know within about a two to three year period I became an IV drug user, I went to a deep and dark place that never, ever imagine I would ever go," said Robby.

"I had gone through a season of alcoholism and had surrendered my life,” said Mia.

"The moment when I knew I was gonna turn my life around was when I looked at myself in the mirror and I knew I was not who I was created to be.”

The couple found their way back through new-found faith.

Found each other during that recovery.

"It inspires me everyday to wake up and just to share that hope with other people.”

"It’s important for me to share that with other people the hope that we have found because there are so many people that are just broken that are hurting and they need to know that there is hope," said Mia.

A man once homeless now owns a business with his wife.

"What we want people to experience when they come in is a sense of love, a sense of peace," said Robby.

"A place that they feel like when they step in they know that they’ve stepped into something special."

Both are clean and sober.

Both running a cafe that encourages eating well.

"We’re one of the first plant-based vegetarian restaurants in our area and the faith aspect brings a whole other element to it,” said Mia.

"Probably on an average of 10-15 prayer requests go up here a day, it’s pretty significant,” Robby explains of the pray wall.

And near the prayer wall, is a prayer room.

"It’s just a place to offer people to come so that out of the chaos they can come into that place and hopefully it will inspire them to create that space for themselves,” explained Mia.

A cafe, creating space for fellowship, food and friendship, from a couple that obstacles reminding, there is always hope.