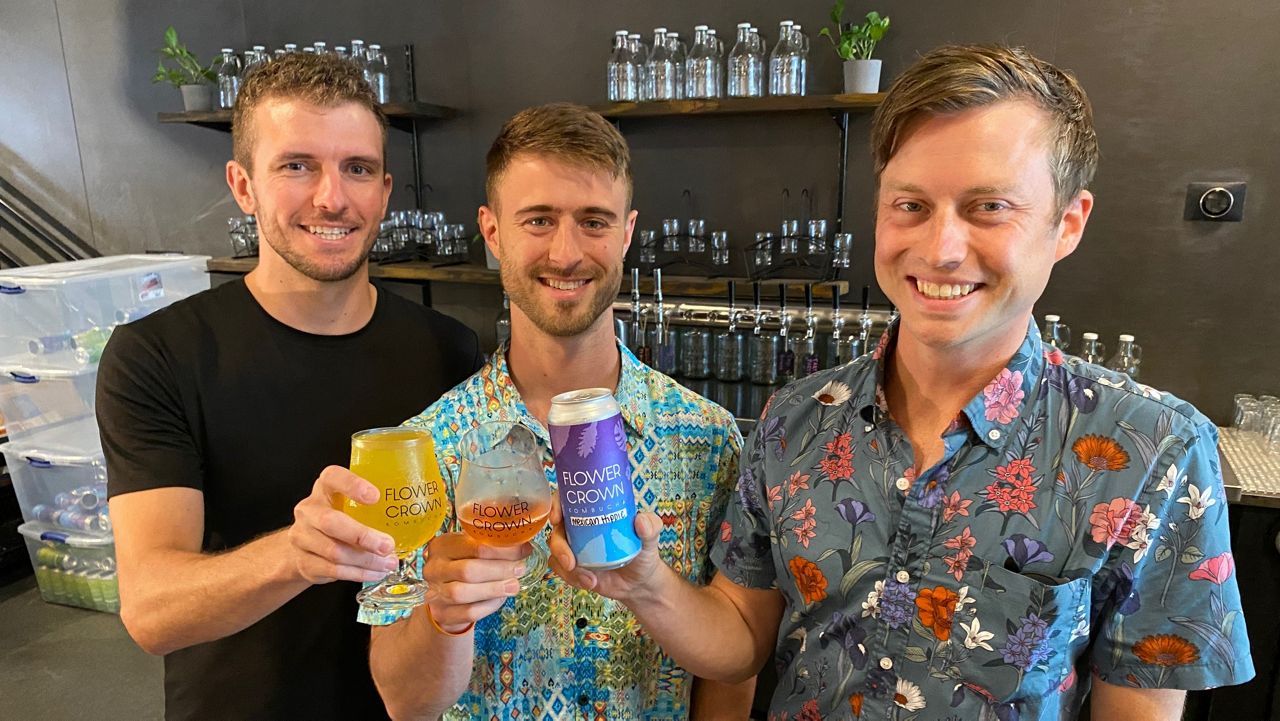 “We use an organic black Assam tea and an organic gun powdered green tea on the bottom there,” Smith said as he gave us a tour.

Smith is the lead brewer.

“The nice part was we didn’t have to do any major build outs, we mostly focus on how we wanted to brew our kombucha,” he said.

Their tea is brewed, sweetened and then flows into giant tanks to ferment.

Smith has been brewing kombucha for years, but starting his own business was his area.

“As soon as we’re done fermenting upstairs, we gravity feed the kombucha into these big tanks,” he said as the tour continued.

Hard work and good friends helped him put the region’s first kombucha brewery and tap room on the map.

He met Andresen and Griffin at church.

“It’s just a testament to God’s goodness. We prayed about it for a long time,” Smith said.

The tap room sits in the growing hot spot of Tampa Heights.

“You have the Riverwalk, Ulele, people are out and about already. This is a good alternative to a beer if you want to go out and have a satiable drink. It’s carbonated, it’s refreshing and also healthy for you,” Andresen said.

All ingredients are fresh.

Each pour and can speaks for itself when it comes to creative flavors.

“I didn’t know much about kombucha when I first got into the business, but when I tried Phil’s recipe, I knew we had something special. We figured out how to perfect it together and now it’s something I hope everybody in Tampa gets to enjoy,” Griffin said.