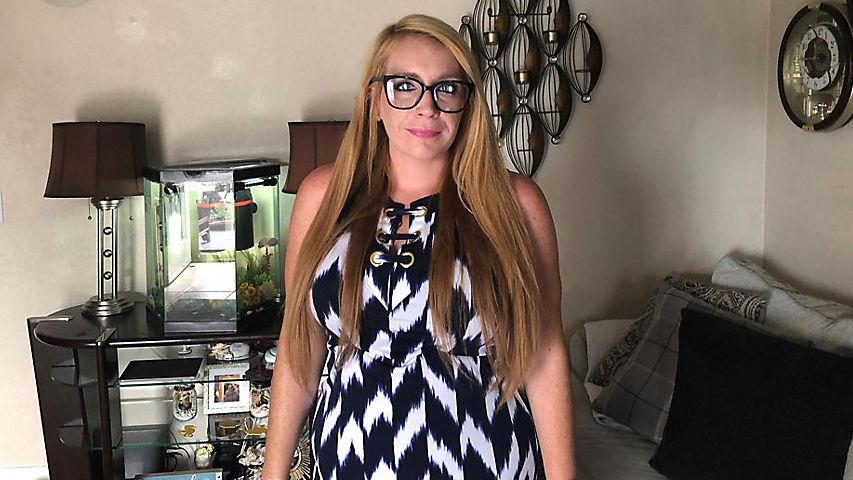 Since the pandemic began sixteen months ago, New Port Richey resident Brooke Craven has been able to be treated for her opioid use disorder through virtual telemedicine, and wants that to continue after the U.S. Dept. of Health & Human Services (HHS) declares that the country is no longer in a public health emergency, which could occur by the end of this year.

“It would be terrible,” Craven, 29, tells Spectrum Bay News 9 about what it would be like to go back to having to make regular physical visits to a physician to continue her treatment.

“I didn’t want to go to the doctors,” the mother of three kids says about what it was like for her to have to visit a physician for her pre-pandemic treatment. “I had to drive 45 minutes to Tampa. And then you know you’re there for 2-3 hours because the doctor overbooks. It just didn’t work out for me with my children. It was just too hard. So, honestly if the virtual telehealth was taken away, I don’t know what would happen for me.”

When HHS declared a Public Health Emergency in early 2020 because of the coronavirus pandemic, the federal government took action to permit the treatment of the drug buprenorphine through video telemedicine visits. That’s something that doctors who treat opioid use disorder had been clamoring for years to happen.

Buprenorphine is a prescription drug that is taken to treat opioid dependence. Craven was prescribed for it when she 21, six years into her battle with an addiction that began when a pediatrician gave her a prescription for narcotics after being diagnosed with Epidermolysis bullosa, a group of rare diseases that cause fragile, blistering skin (in Craven’s case on her feet).

“And then I came to a point in my life where I didn’t want to do that anymore. I stopped taking them and I got sick. So then I heard about Suboxone,” she said (Suboxone is a brand name for buprenorphine).

Shortly after the pandemic began, Craven’s brick and mortar treatment center closed down, and she wasn’t sure what to do. That’s when she went online and discovered iRecovery, a telehealth company based in South Florida that was created in Dec. 2019 to provide medicated assisted treatment and mental health counseling services for those suffering from substance use disorder.

Dr. Jeffrey Zipper is the founder of iRecovery. He warns that a “tsunami” of patients currently being treated by telehealth services will have nowhere to go once the public health emergency is lifted. He says they could lose treatment to care, medications and health counseling services.

“You know a lot of these patients live in rural areas and they don’t have access to addiction medicine specialists or inpatient treatment programs and things of that nature,” he says.

The American Medical Association wrote in 2019 that of the more than 20 million people nationwide who live with a substance-use disorder, only 10% of those affected receive treatment of their condition.

The interim policy in place circumvents the 2008 Ryan Haight Act, which mandated in-person evaluations for patients being prescribed controlled substances, such as buprenorphine.

In 2018, legislation passed by Congress called on the U.S. Drug Enforcement Agency (DEA) to create a special registration by Oct. of 2019 for qualified medical providers to be able to prescribe controlled substances without a required in-person visit. Zipper says that the agency has never followed through on that.

Noting the paucity of opioid users who don’t or aren’t able to access treatment, Brooke Craven says the government should stay focused on what’s most important.

“It’s crazy because they’re so worried about this when there’s a bigger problem out there,” she says. “If they (the government) would focus on this telemedicine available to us, I think there would be a lot more successful people out there. I really do.”

The Dept. of Health & Human Services first declared a Public Health Emergency due to the Covid-19 pandemic in January of 2020, and has renewed it every 90 days since. The most recent renewal is set to expire on July 20, 2021, but it is expected to be renewed for an additional 90 days. It is also expected to continue through at least the end of calendar year 2021.HHS is expected to provide the states 60 days’ notice prior to termination.